I want to Sell this domain contact at [email protected]
T-72, the old Moroccan tank that will enter combat in Ukraine before the Spanish Leopards | Then24
Skip to content

Morocco has become the first African country to send tanks to Ukraine. The protagonist of the new strategic movement is the T-72 tank that is being so popular in the contention to serve on both the Russian and Ukrainian sides. And it will arrive on the battlefield before the Leopards from Spain, whose shipping announcement was published on Wednesday morning and the repair work will continue for the next few weeks.

The T-72 is the perfect candidate to join the ranks of Volodímir Zelenski because your army is already more than familiar in your operation. The training of the troops is dispensable and, in addition, they have a large bank of spare parts and spare parts that they can use in case of need.

The presence of the tank in Moroccan territory dates back to the years 1999 and 2000, when Rabat acquired a total of 148 units —136 of the T-72B model and 12 of the T-72BK— to Belarus. At first, as collected last month African Intelligence, the United States would have managed to convince Morocco to send spare parts from the T-72 tanks to the Ukrainian army; without providing further details.

Moroccan T-71 being repaired in the Czech Republic

But the latest reports from the Algerian media Ore Defense indicate that Morocco has gone much further in its support for Zelensky and has already shipped a batch of 20 fully operational T-27 tanks. Being able to reach 30 soon, according to Defense 24. These units were under repair in the Czech Republic and appeared on the 9th during the visit of the country’s prime minister to the facilities of the Excalibur Army company, which is in charge of carrying out the fine-tuning work.

For his part, the commercial director of Excalibur Army, Richard Kubena, explained to the Czech newspaper Novinky that the development of the T-72 main battle tanks for subsequent shipment to Ukraine is being sponsored by the United States and the Netherlands. He did not explicitly mention that the units belonged to Morocco, but did indicate that it is an “African client.” At the moment, none of the countries involved in this shipment has spoken.

Following the development of the T-64 tank in the 1950s, the Soviet Union ran into a couple of big problems: the one that promised to be its star main battle tank had turned out to be too expensive to manufacture and unreliable. Something that placed Moscow with a clear disadvantage to the United States in case of having to mass-produce the tank.

To try to alleviate these problems and after a series of political decisions, Moscow awarded the state company Uralvagon KB a project so that develop a new version of the T-64 that meets some requirements. It was really a mobilization model that would allow high rates of mass production at lower prices in the event of a war. 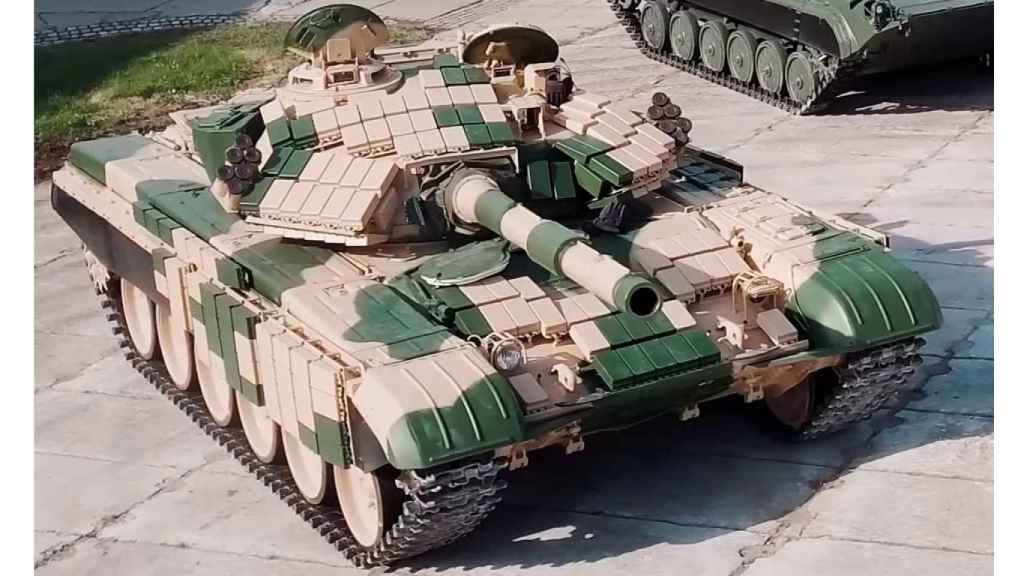 And this is how the T-72 appeared. A tank that was born as a patch to solve the problems of the T-64 and that became quite an institution on its own. It entered service in 1973 and since then it is estimated that more than 25,000 T-72 units have been manufactured thanks to its export success and the creation of a large number of variants and sub-variants.

The T-72B, the most numerous model in the ranks of Morocco, entered service in 1985 for the incorporation of important technological improvements. A new fire control system was installed along with a scope that allowed the use of the 9M119 anti-tank missile. 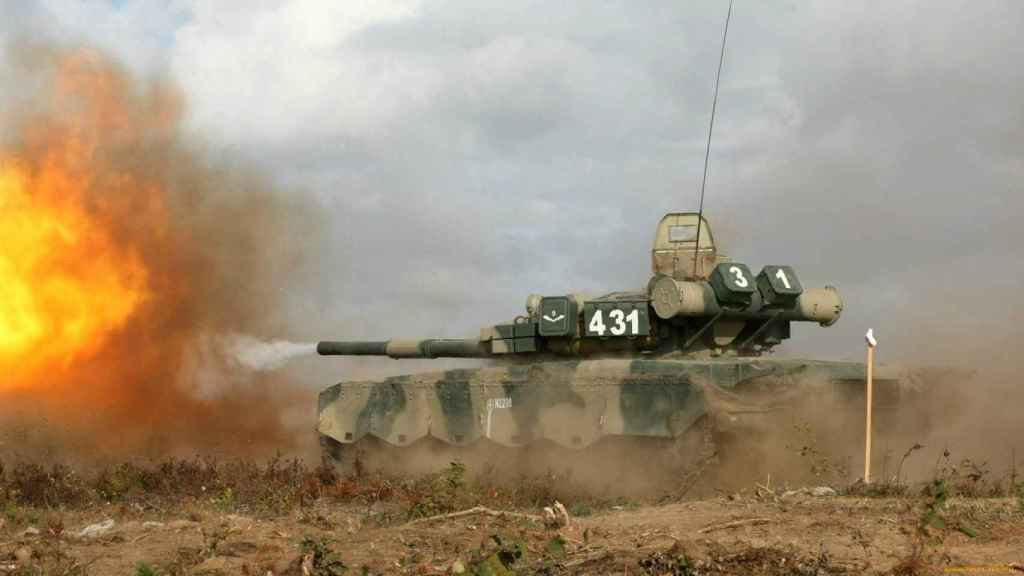 The ammunition is also of original Soviet development and has a system of laser guided projectiles compatible with 125 mm guns. They can weigh up to 17.2 kilograms, depending on the version, and the warhead is represented by a shaped charge arranged in tandem. It has a maximum speed that is subsonic and can reach 5 kilometers of operational range.

Too incorporates thicker armor than the basic model. It has 20 more millimeters applied to the front of the hull and reinforcements on the front and top of the turret to which is added a composite armor system. 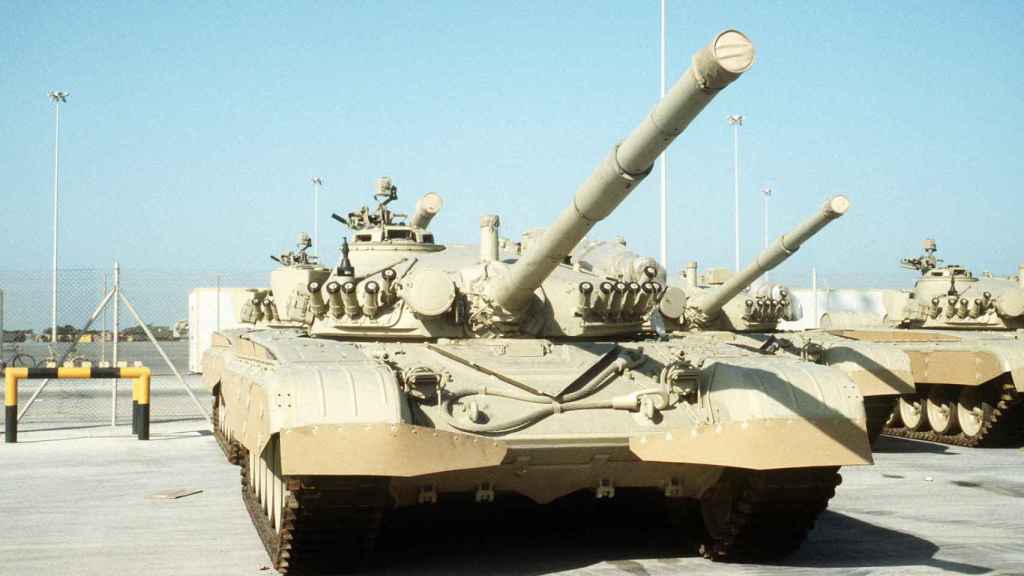 In the mechanical section, the T-72B accommodates an 840 horsepower engine that allows it to reach speeds of over 60 kilometers per hour with the 44.5 tons of this version in combat order. The fuel tank gives it a autonomy of 470 kilometers.

One of the possible counterparts that are handled after the shipment of tanks from Morocco is that the United States cede to the African country surpluses of its M1 Abrams tanks. Rabat already has the M1A1SA model in its army —M1A1 Special Armor, designed for Morocco— which completed the delivery process of 222 units in August 2018 and with the M1A2, the most modern and of which 162 units are available. 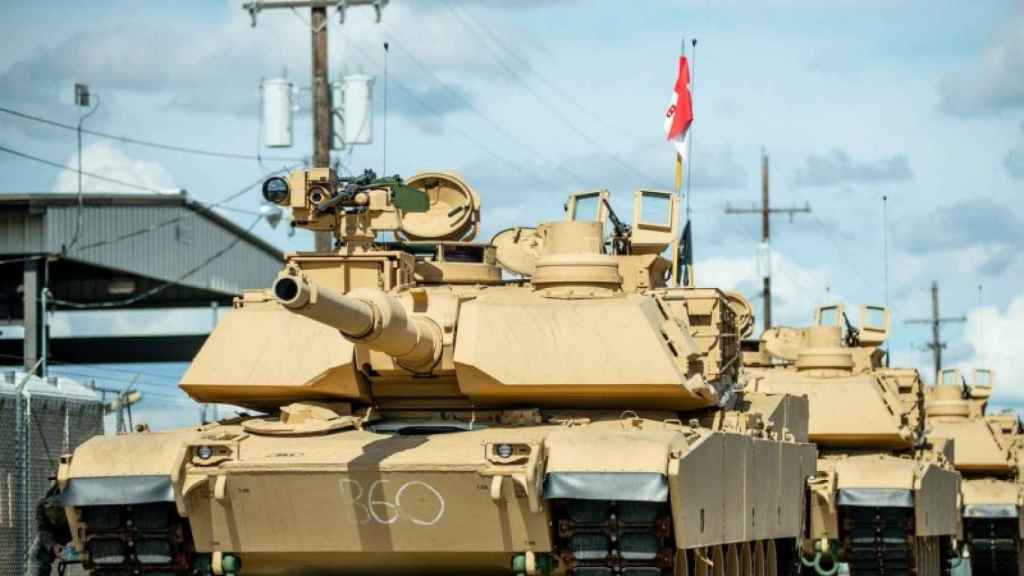 The direct equivalent of the T-72 would be the M1A1 version which began production in 1986 and lasted until 1992. It has a weight of just over 61.3 tons, a top speed of 72 kilometers per hour and a range of about 400 kilometers.

This tank model has a German-designed 120-millimeter cannon that is none other than a variant of the gun used on Leopard tanks, making the ammo compatible. It has all kinds of ammunition, including perforating and high-explosive ammunition specially designed to attack tanks.