US President Joe Biden announced the decision to send 31 M1 Abrams tanks to Ukraine. At the same time, Biden clarified that sending this equipment will take time. However, he assured that the United States would spend this time training the Ukrainian military to use the M1 Abrams. Earlier, the media reported that these tanks will not be transferred to Kyiv from the Pentagon’s stocks – they will be produced under a new contract, which increases the delivery time. Military experts note that Washington, in this move, found a way to force European NATO allies to send Western tanks to Kyiv, while avoiding large-scale deliveries of American equipment.

The United States will give Ukraine 31 M1 Abrams tanks. This was stated by President Joe Biden in his address.

“Today, I am announcing that the United States will transfer 31 Abrams tanks to Ukraine, which (approximately in number. — RT) corresponds to one Ukrainian tank battalion. Secretary (US Defense Lloyd. — RT) Austin recommended (do. — RT) such a move, as it will strengthen Ukraine’s ability to defend its territories and achieve its strategic goals,” the American leader said.

Biden added that “Abrams tanks are the most efficient tanks in the world.”

“At the same time, they are extremely difficult to manage and (technically. — RT) service, so we will also provide Ukraine with the necessary spare parts and equipment to successfully maintain these tanks in service in combat conditions,” the US President stressed.

Biden also said that the United States would “shortly” begin training the Ukrainian military “in matters of maintaining and maintaining tanks and (relevant. — RT) logistics.

“The West is creating more and more crisis points”: how the situation around the supply of aircraft to Kyiv is developing

Ukrainian Defense Minister Oleksiy Reznikov said that the UK had transferred Sea King multi-purpose helicopters to Kyiv. According to him,…

“The delivery of these tanks to the battlefield will take time, during which we will do everything necessary for the Ukrainians to be fully prepared to integrate the Abrams tanks into their defense system,” Biden explained.

In addition, he assured that the transfer of US military assistance to Ukraine does not pose a threat to the territory of Russia. According to Biden, Western leaders want the fighting in Ukraine to end, but this must happen on fair terms for Kyiv.

Earlier, American media, citing sources in the Biden administration, reported that Abrams tanks would not reach Ukraine earlier than in a few months.

“According to an American official, Abrams tanks are “probably not for combat any time soon” and most likely will not be delivered (to Ukraine. – RT) for many more months, if not years,” writes The Washington Post.

In turn, the ABC TV channel, also citing sources in the White House, reported that the American M1 Abrams tanks could become available to the Ukrainian military no earlier than in a year.

The reason for this delay is a change in the form of military assistance to Kyiv, in which Washington plans to transfer tanks to the Ukrainian side, ABC notes. Since they will be transferred outside the mechanism that allows weapons and equipment to be transferred to Ukraine directly from the Pentagon’s stockpiles, the Kyiv regime will have to wait for the execution of a contract for their production, as with conventional purchases.

“According to the official, the US, as part of the initiative to promote the security of Ukraine, is committed to sending 30 to 50 tanks to Ukraine, which involves the conclusion of US contracts with tank manufacturers. This may mean that new tanks will not be able to be put into service for quite a long period, probably more than a year, ”explains ABC.

Bloomberg journalist Jennifer Jacobs later tweeted, citing sources, that the US would send 31 Abrams tanks to Ukraine as part of a $400 million deal.

Earlier, The Wall Street Journal has already reported that the administration of President Joe Biden is leaning in favor of transferring the main battle tanks of the American armed forces, the M1 Abrams, to Ukraine. The publication notes that Washington took such a step that Berlin transferred its Leopard 2 tanks to Kyiv, and also unblocked the re-export of these vehicles by other countries, mainly Poland. 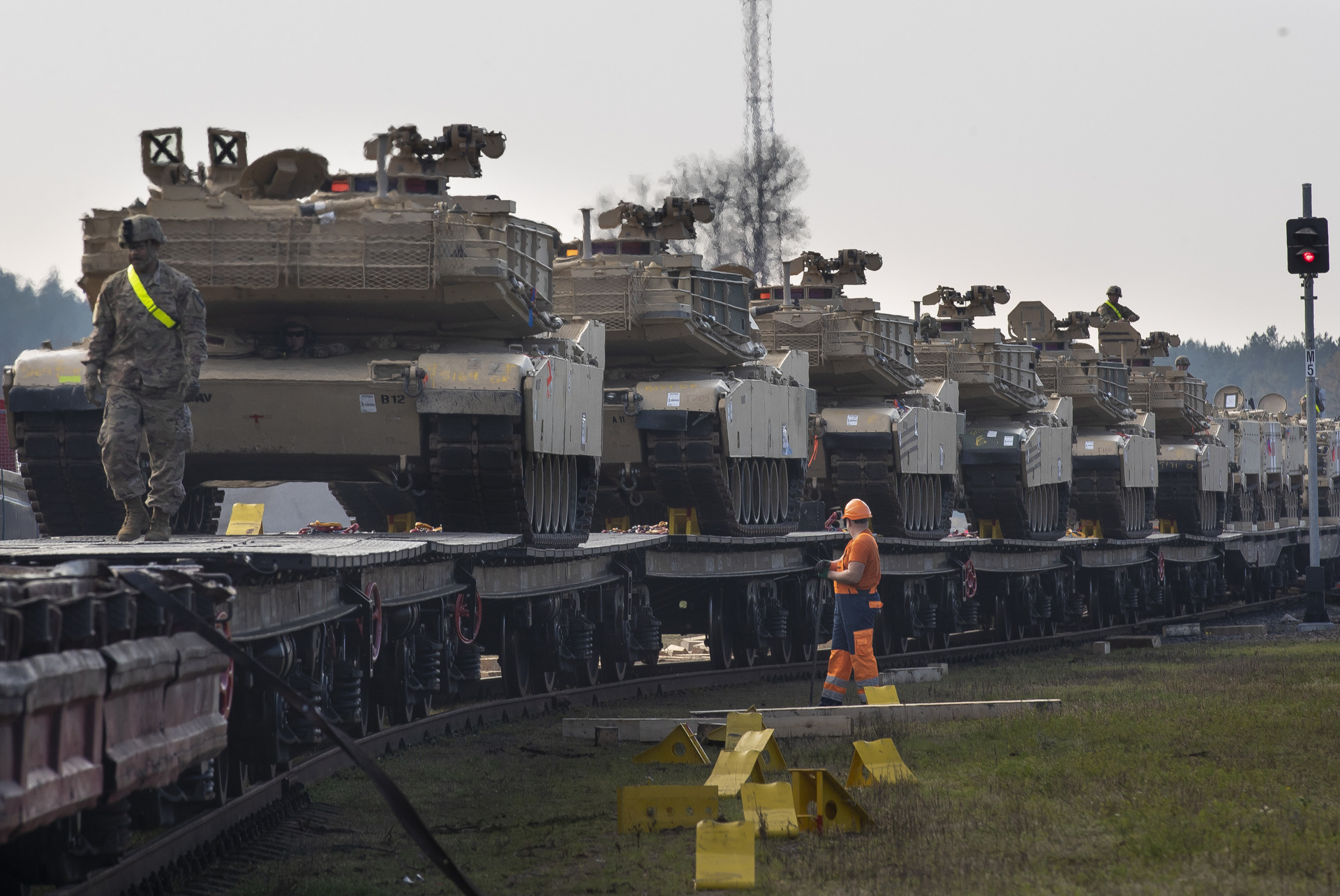 Prior to this, US officials had argued that it was not yet the time to deliver Abrams to Kyiv. In particular, after his visit to Ukraine, US Deputy Secretary of Defense for Policy Colin Kahl said this.

“The Abrams tank is a very complex vehicle. It is expensive, it is difficult to train on it. It has a jet engine, consumes, if I’m not mistaken, about three gallons of jet fuel per mile. This complex is not the easiest to maintain, ”the official explained at the time.

German media, in turn, reported that German Chancellor Olaf Scholz was ready to allow the delivery of his Leopard 2 to Kyiv, provided that the United States provided Ukraine with Abrams tanks.

Recall that Scholz for a long time refused to transfer Leopard 2 to Kyiv under various pretexts. For this, he was criticized both in Ukraine and in Europe. In addition, he was pressured by associates in the coalition government from the Green Party.

However, after lengthy consultations with Washington, Scholz decided to send at least one company (14 vehicles) of Leopard 2A6 tanks to Ukraine. In the future, it is planned to transfer two tank battalions to Kyiv. In addition, Berlin allowed the re-export of its tanks in service with other countries. 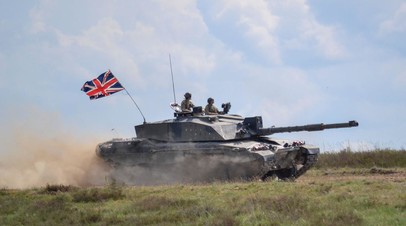 In search of a compromise: why Britain is concerned about the weakening of the army due to military assistance to Ukraine

The transfer of a batch of Challenger 2 tanks to Kyiv will temporarily weaken the British army, said Chief of the General Staff of the country Patrick Sanders. According to him…

Some European states have already decided to send their tanks to Kyiv. In particular, the British authorities previously announced that they would transfer to Ukraine a batch of 14 Challenger 2 tracked vehicles.

The intentions of the United States and Germany to transfer their main battle tanks to the Kyiv regime were commented in the Kremlin. So, the press secretary of the President of the Russian Federation Dmitry Peskov called it a “failed” idea.

“I am convinced that many experts understand the absurdity of this idea too. It’s just that in terms of technological aspects, this plan is quite a failure, and most importantly, this is a clear overestimation of the potential that this will add to the Armed Forces of Ukraine, ”Peskov emphasized.

At the same time, the press secretary of the President of the Russian Federation drew attention to the fact that “a lot of mutually exclusive statements, media reports, leaks, and so on” are coming from the United States and Germany on this issue.

The United States has made a political decision to send Ukraine a very limited number of Abrams tanks in order to force its European allies to actively send their equipment to the Kyiv regime, experts say.

“Thus, the United States found a way out of the situation with Germany, which did not want to send Leopard 2 tanks to Kyiv first. But the fact is that, like the Ambrams tanks, the Leopard 2 will also not be able to influence the situation in Ukraine. These are ordinary heavy tanks, which in their characteristics do not exceed the upgraded versions of the T-72 tanks, ”said Alexei Podberezkin, director of the Center for Military-Political Research, in an interview with RT. 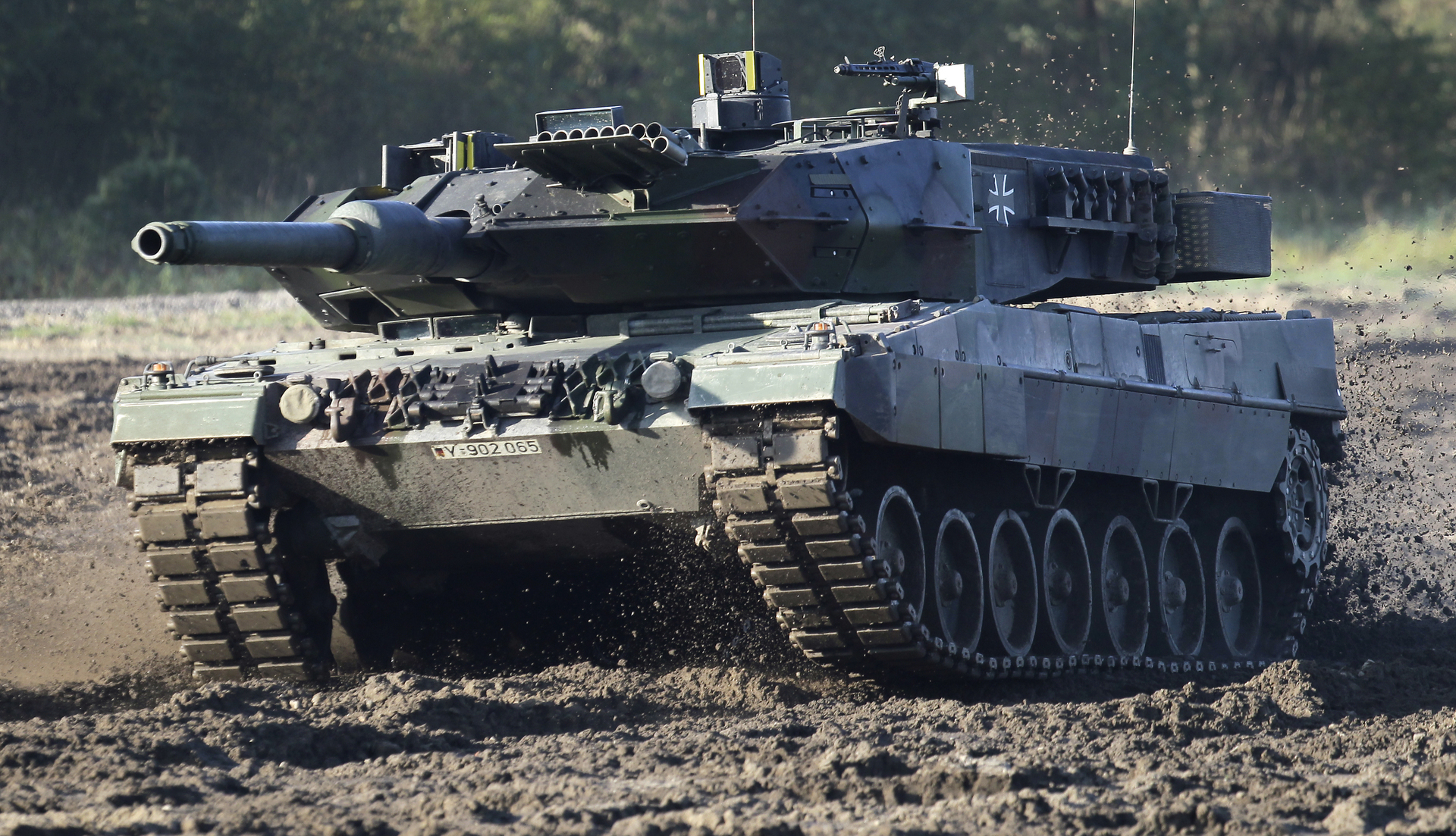 Neither American nor German or any other tanks will be in Ukraine in the shortest possible time, the political scientist added.

“They need to be removed from storage, prepared for operation, trained crews, prepared command. Much needs to be done for which there is neither time nor resources. The result of these deliveries will be that these tanks will burn, like others that have already been sent to Ukraine from the countries of Eastern Europe and the Balkans, ”Alexey Podberezkin emphasized. 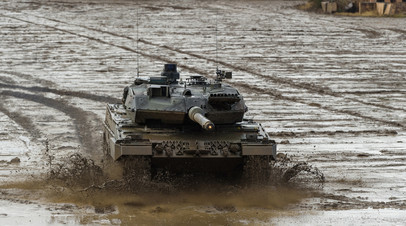 Depreciated policy: is Berlin ready to continue military support for Ukraine in a crisis

At the same time, the very fact of sending Western-made heavy equipment to Kyiv can be regarded as a step towards escalation, Alexei Podberezkin believes.

“Washington wants to raise the stakes, as the situation on the battlefield began to change not in favor of Kyiv,” the political scientist emphasized.

“Not least because they were concerned about the public image of the Abrams as the main battle tanks of the US Armed Forces. The Americans were afraid that they would not cope with the performance of combat missions in Ukraine, which would cast a shadow over the entire military-industrial complex of the country. These tanks have already had questions after their work in Syria and Iraq. In the same Syria, the militants successfully knocked out the Leopard 2 tanks of the Turkish forces. So, militarily, these tanks will not create any cardinal change in the situation for the Armed Forces of Ukraine, ”said the expert.

Military expert Alexander Khrolenko, in his turn, also noted that Western-made tanks in the quantity that NATO countries, including the United States plan to send to Kyiv, will not greatly affect the situation on the battlefield, which has again changed in favor of Russian forces.

“Western tanks in the information space have now become something like the Javelin complex – another superweapon that Ukrainian militants worshiped in the form of a cargo cult. But in fact, the Javelin did not distinguish itself in anything significant on the battlefield. The same will happen with Abrams vehicles, which will be destroyed by Russian anti-tank weapons, ”said the expert.

Wheeled and tracked armored vehicles from NATO countries already delivered to Kyiv could not influence the dynamics of the conflict, Alexander Khrolenko recalled.

“A rather extensive fleet of equipment from NATO countries has gathered in Ukraine. If you add a dozen or two Abrams or Leopard 2 tanks to them, then this will not change anything. Germany and other countries simply do not have enough of these tanks to transfer them to Kyiv at a time and influence the situation. They will gradually be knocked out one by one, and this will all end, ”the interlocutor of RT emphasized.

To change the situation on the battlefield, Kyiv needs a disproportionately large number of military vehicles, Alexander Khrolenko believes.

“If the US and NATO really wanted to change something in the current course of the NMD, then a thousand tanks would go to support Ukraine. But where can they get so many? Such a number of tanks are not in service in all European countries of the North Atlantic Alliance. Here it is also worth recalling the example of Poland, which sent all of its T-72 and PT-91 Twardy tanks to the Kyiv regime. And where are they now? All knocked out, ”concluded the military expert.