Forfeit instead of matches: why European teams refuse to play with Russians at the training camp | Then24
Skip to content

Several Russian football teams at once were forced to make adjustments to the calendars of friendly matches at the winter training camp due to refusals from rivals from Europe. So, the Bulgarian “Levski” canceled the meetings with “Spartak”, “Ural” and “Krasnodar” because of the dissatisfaction of the fans. And the Hungarian Tisakechka, according to media reports, was forced not to play with Nizhny Novgorod by the local federation. The organization itself denied this information. In the camp of Muscovites and Yekaterinburg residents, they have already announced that they intend to receive a penalty from Levski for disrupting confrontations. According to sports lawyer Anna Antseliovich, domestic teams have every right to it.

“Meeting canceled due to public pressure”

Russian football clubs at the winter training camp faced a serious problem. European teams refuse to host friendly matches with them for one reason or another. The last victim in this list was CSKA. According to media reports, the Danish Vejle decided not to play with the army team. Allegedly, the team was pressured and forced to take such a step for political reasons.

However, Levski created the most difficulties, which was supposed to meet in turn with three representatives of the RPL at once: Spartak, Ural and Krasnodar. As a result, none of the confrontations will take place. In the camp of the red-whites, who were supposed to face off with the 27-time champion of Bulgaria on January 22, they were extremely dissatisfied with such an act and emphasized that the opponents assured to the last that they would take the field.

Rumors about Dziuba and Cheryshev, the possible departure of Barinov and the conflict between Gogniyev and Guliyev: how the off-season goes in the RPL

Spartak almost agreed on the purchase of Benfica defender Tomas Tavares, and Besiktas is trying to negotiate with Lokomotiv about the transfer …

“The club initially agreed to play, a match contract was signed. After the first reports in the press, Levski representatives assured us that there were no problems. Literally two days before the agreed date, a statement appeared that the game would not take place. Fortunately, we worked quickly and agreed with AGMK – it turned out to be a useful and interesting match, ”Championship” quotes the press attache of Muscovites Dmitry Zelenov.

According to Sport-Express, the reason for the refusal was pressure from the country’s government. Allegedly, some “external factors” forced the leadership to do so. However, in Ural, which planned to play with Levski in Dubai on January 31, another reason was called – dissatisfaction from the fans.

“The official letter says that the meeting in Dubai is canceled “due to public pressure on Levski, primarily from the fans.<…> The team from Sofia asks for understanding of its decision and expresses the hope that they will definitely meet with the Urals in the future, ”says the Yekaterinburgers’ website.

It is noted that the fans were extremely dissatisfied with the idea of ​​holding a series of control games with domestic teams. They support Ukraine and approve of tough sanctions against Russian football. They even held a rally at the home stadium of Georgi Asparuhov, hanging several banners on a political theme.

The club’s management tried to find a compromise, for example, to go to friendly matches in uniform in the colors of the Ukrainian flag, but this did not cool the ardor of active fans. However, even after the cancellation of the meeting with Krasnodar in mid-January, it was clear that the rest would not take place either.

Nizhny Novgorod suffered the most in this situation, which had to seriously redraw the schedule due to the refusal of teams from two countries at once – the Bulgarian Beroe and the Hungarian Tisakechka. According to Match TV, in the first case, the president of the club personally opposed the confrontation, and in the second case, the national football federation gave strong recommendations. However, the press service of the organization called this information a lie.

“We will demand damages”

At the same time, not all European teams are in a hurry to cancel matches with Russian ones. For example, in Spartak they assured that nothing threatens the meeting with the Bulgarian Botev on January 27, and the representatives of the opponent assured that they would take the field. And on the 25th, Plovdiv will have to face Ural.

Officially, the other team representing Bulgaria, Arda, did not refuse to play with Dynamo on February 2. In addition, Slavisa Jokanovic’s wards must take an exam on January 29 for the Bosnian Borac.

However, in general, there has been an unpleasant trend. Representatives of the RPL cannot find strong opponents at the training camp and are forced to meet either with those who are inferior in class, or with each other. For example, the same blue and white of the eight matches scheduled at the training camp will play five with rivals from Russia, including Yenisei and Alania representing the FNL. The current champion of the country “Zenith” will play with “Ural” twice. And Krasnodar, Rostov, Sochi and Spartak will take part in the RPL Winter Cup under the auspices of Winline. 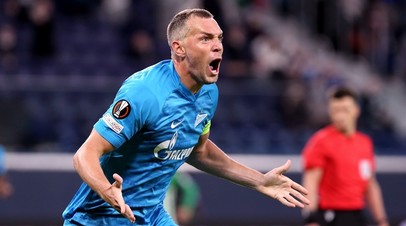 A justified risk: what the signing of Dzyuba could mean for Torpedo

Artyom Dziuba is close to returning to the RPL. According to media reports, the best scorer of the Russian national team is negotiating with Torpedo and may …

Nevertheless, in the current situation, domestic clubs are ready to fight for their rights. For example, Spartak emphasized that they had already applied to Levski for compensation and had a legal right to it. Accordingly, they are going to act in the “Urals”. Ekaterinburg President Grigory Ivanov spoke about the match contract signed between the parties, in which all the nuances were discussed.

“They have already said that they will not play with us. But you never know, everything can change. Maybe they will remember about monetary compensation and change their mind <...> We have not sent a letter to them yet – we will do it on the day of the match. They disrupt the control preparatory game for us, naturally, we will demand compensation for the damage. We have already found a new competitor. We’ll just have another meeting, and that’s all, ”said the head in an interview with the Championship.

Moreover, the Bulgarian media on Tuesday afternoon reported that Levski was allegedly ready to pay compensation to Ural and Spartak. They will receive 20,000 lev (about 767,000 rubles) each. Moreover, a quarter of them will be personally covered by head coach Stanimir Stoilov and executive director Ivaylo Ivkov. But Krasnodar, on the contrary, will transfer the penalty, since the game was canceled on his initiative.

According to sports lawyer Anna Anceliovich, victims have the opportunity to challenge the decisions of their opponents and demand compensation from them, both in the current situation and in the future.

“There are contractual relations, and derogation from the clauses of the contract is always clearly regulated. Indeed, there is a concept of force majeure, but it includes such generally accepted events as a natural disaster, civil unrest, etc. Obviously, the dissatisfaction of the fans or the ban on the part of the football authorities are not included in them. All other breaches of contract are usually dealt with in due course. As a rule, a clause is prescribed that the party that did not allow the fulfillment of obligations should compensate for the losses, ”Anceliovich explained in an interview with RT.

The specialist is sure that the outcome of such litigation will depend on how carefully the match contracts were developed. If they include all possible points, including the cancellation of the game, the chances of success are high.

“Much will depend on the system in which claims are considered. Usually it is also prescribed – to which country the law applies. Still, this is not an administrative proceeding, when everything is fixed at the location. This is usually specified in the contract at the choice of the parties. CAS is unlikely to look into these cases. Still, the Court of Arbitration for Sport does not deal with financial issues, ”Anceliovich added.

However, the lawyer suggests that the terms of consideration of such cases, despite the seeming simplicity, can be delayed for several months.

“Usually, legal proceedings in such cases do not go very quickly. For example, in the Anglo-Saxon system, they can be considered for a very long time. In this regard, the Russian legal system is much more flexible and mobile,” she summed up.