Following the complicated launch ofOverwatch 2, Blizzard announced that he was going offer some cosmetic items to players and organize weekends Double XP to move faster in the Battlepass. Players already saw their experience doubled at the end of last month, but will do so again this week. 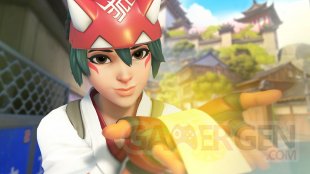 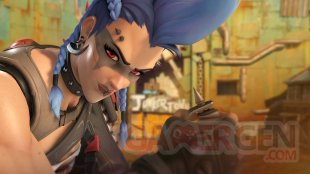 Blizzard announcement indeed a new weekend Double XP in Overwatch 2 from November 24 to 28. What to unlock some levels of the battle pass a little faster before the end of the Season 1but the developers also offer two cosmetic items, simply by connecting. Currently and until November 26, it is the entry on the scene five fingers for the Queen of the Junkers which is offered, will follow the debut blown away by the wind of Kiriko from November 27 to December 2. Just launch the game, the reward is obtained automatically and is to be activated in the menu of Hero.

Finally, Blizzard gives us an appointment on November 26 to discover the first trailer of gameplay of Ramattra36th Hero ofOverwatch 2. the omnic tank will be added to the launch of the Season 2 next month, it will be necessary to buy the battle pass to embody it immediately or climb a few levels to unlock it.

Overwatch 2 is as a reminder available in free-to-play on pc, playstation, Xbox and Switch, you can find derivative products on Amazon.

Read also: Overwatch 2: a balancing patch and an update on skins and rewards before Season 2