Russia has again launched this Wednesday a shower of missiles on Ukraine that has killed civilians and forced the country to shut down all its nuclear power plants. Seven people have been killed by the shelling, including a 17-year-old girl. And a baby has died in the Zaporizhia region.

It has been a true curtain of fire that has spread throughout the country, and which is part of the Kremlin’s strategy of plunging Ukrainian cities into darkness and cold, taking advantage of the arrival of winter.

The capital regionwhere more than three million people live, has been deprived of power and water supply, as announced by the governor. This situation is common in many other regions of the country, where emergency blackouts are carried out to help conserve power and carry out repairs.

The Ukrainian President, Volodymyr Zelenskyspeak briefly at a special session of the UN Security Council via video link to discuss Russia’s attack on civilian infrastructure.

I have instructed our Ambassador to the UN to request an urgent meeting of UNSC following today’s Russian strikes. Murder of civilians, ruining of civilian infrastructure are acts of terror. Ukraine keeps demanding a resolute response from international community to these crimes.

“The killing of civilians and the destruction of civilian infrastructure are acts of terrorism”Zelensky said on Twitter. “Ukraine will continue to demand a decisive and forceful response from the world for these crimes.”

“Russia has shown the whole world that this is true by using 67 missiles against our infrastructure, our energy grid and our people. The result is tragic: a large number of wounded, there are dead,” the Ukrainian president said in a video Posted on Telegram.

In his message, the president expressed his condolences to those who lost family and friends in the attack, as well as his belief that Ukraine will prevail. “We’re gonna restore all of this and we’re gonna get through it all, because we are an indomitable people. Thank you all! Take care!” concluded the president.

Blackouts in Moldova and Ukraine

Officials across the border with Moldova have reported that power has been lost to more than half the country. This is the first time that a neighboring country has reported such extensive damage to its energy infrastructure from the war in Ukraine, which has been going on for nine months.

Blackouts have forced the shutdown of reactors at the Pivdennoukrainsk nuclear power plantlocated in the south of the country, and at the Rivne and Khmelnitskyi plants, in the West. All of these plants are in government-controlled territory, state nuclear power firm Energoatom has reported.

“Currently, (the power plants) work in project mode, without producing for the domestic energy system,” says the Energoatom statement echoed by the agency Reuters.

Image of the city of kyiv, completely in the dark, after the rain of missiles launched by Russia.

Ukraine’s largest nuclear power plant, Zaporizhia, which is located very close to the southern front lines and is controlled by Russia, was taken offline during the attacks due to daily shelling for which both sides blame each other.

“Chernigov regionlike others, has run out of electricity due to enemy missile hits on energy facilities,” the head of the regional Military Administration, Vyacheslav Chaus, wrote on Telegram.

Supply cuts occurred in all regions of the country, reported Ukrenergo, the national electricity company, which explained in a statement that it is a “necessary measure to protect electrical networks from additional technological accidents.”

According to the Ukrainian Air Forces (FAU), Russia launched about 70 KH-101/KH-555 and Kalibr cruise missiles on Wednesday, of which 51 were shot down by the country’s anti-aircraft defenses.

“The launches were carried out by ten Tu-95ms missile-carrying planes from the Volgodonsk area, Rostov (Russian) region, as well as two missile-launching boats from the Black Sea,” the FAU said in a statement posted on Telegram.

The anti-aircraft sirens could be heard this Wednesday in practically the entire country. Explosions were heard in kyiv and Ukrainian air defenses were activated to try to counter the Russian missiles. 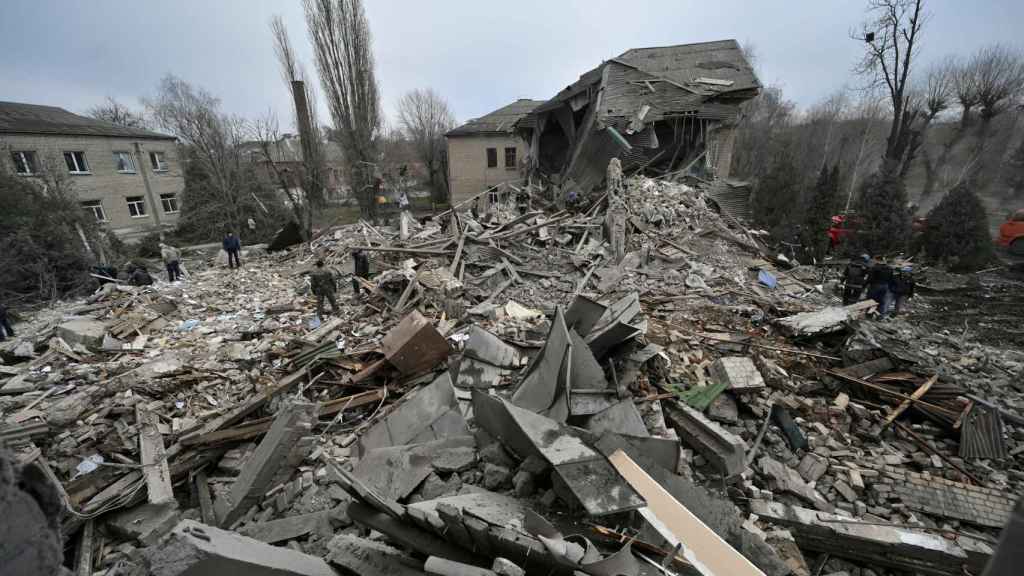 Image of the Russian attack on the city of Vilniansk, in Zaporizhia.

“I was sitting in my apartment when I heard an explosion. The windows in my living room, my kitchen and my bedroom were blown out. and they were opened as a consequence of the bombardments”, he told Reuters Yuriy Akhymenko, 55, a citizen who lives in the kyiv apartment block across the street where the missiles struck.

According to the Ukrainian authorities, 50% of the country’s energy infrastructure has been damaged by Russian air strikes, forcing them to adopt emergency measures to deal with the arrival of winter, which according to the mayor of kyiv may be the worst of all times since World War II.

The President of Russia, Vladimir Putin, “wants to intimidate people, force them to be cold, without electricity, so that they pressure Zelensky to surrender. But this will not happen”, declared Klitschko, according to efe.

“This winter poses a deadly threat to millions of people in Ukraine,” warned the regional director of the World Health Organization (WHO) in Europe, Hans Klüge. According to the senior WHO official, Ukraine’s health system is facing the “darkest days of the war so far.” 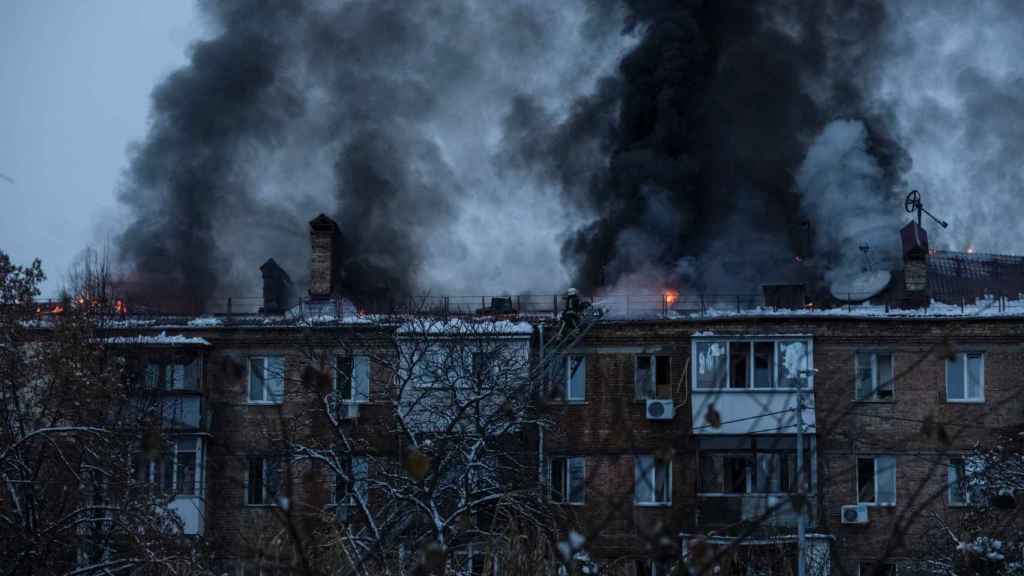 View of the city of Vishgorod, near kyiv, which has also been bombed by Russia.

One of the measures taken by the President of Ukraine to face this winter has been the creation of a network of 4,000 citizen assistance posts, which he called “invincibility points”.

“If massive Russian attacks occur again and the electricity supply cannot be restored in a few hours, the work of the ‘invincibility points’ will be activated: all the basic services will be there,” Zelensky explained last night in his usual night speech.

These points, absolutely free and open 24 hours a day, according to the president, will provide affected citizens with access to “electricity, mobile communications and the Internet, heating, water and a first aid kit.