When the news broke that there was a new ‘Trigun’ anime underway and that it was also going to be with CGI animation, well, a few of us were somewhat skeptical. Over the months, the first advances of the series and the statements of the creator himself Yasuhiro Nightow They have been serving to calm our nerves a bit, but in case there were any doubts, the new trailer for ‘Trigun Stampede‘ is truly promising.

villains by the handful

Studio ORANGEThe animators for ‘Beastars’ are bringing ‘Trigun Stampede’ to life. It’s going to be hard to replicate the success that made the original ‘Trigun’ a cult series, but the main intention of the new anime is to make a completely faithful adaptation of Nightow’s manga.

And yet, it seems that some changes have been made to the story or at least a few twists have been introduced at the beginning, although we will have to see where they take us. For now this new trailer finally gives us a better look at knivesand also introduces us to several of the antagonists of the series with several scenes well loaded with action. 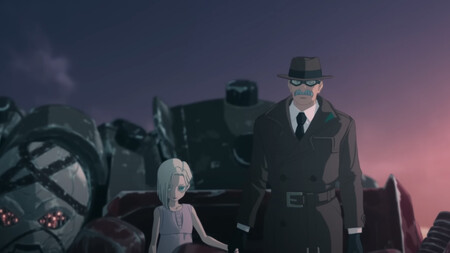 In addition to unveiling the new trailer for the series, the new voice casts have also been announced during Anime NYC 2022. Koki Uchiyama will dub Legato Bluesummers, TARAKO it will be Zazie the Beast, and ryusei nakao It will be William Conrad.

The final release date remains to be specified, but we do know that ‘Trigun Stampede’ will start during the winter season 2023 and you will be able to see through crunchyroll.