The Pentagon will increase the pace of work on the creation of hypersonic weapons due to lagging behind Russia and China. This was stated by Vice Admiral Johnny Wolfe, Director of the US Navy’s Strategic Systems Program. According to him, until recently, the United States had no “real incentive” to use hypersonic technology in the weapon system. Analysts believe that with such statements, he wants to mask the failures of the Pentagon in this area, since the department will not be able to complete work on the LRHW system, as planned, in 2023.

The Pentagon is seeking to accelerate the development of hypersonic weapons due to lagging behind Russia and China, Vice Admiral Johnny Wolfe, director of the US Navy’s strategic systems program, said.

“Until very recently, we had no real incentive to use this technology in a weapon system. There was no such need,” CNN quotes him as saying. “Now it is, so we have a feeling of urgent need to work on it.”

According to Wolfe, “the driving factor” is Russia and China.

The American Vice Admiral also spoke on the subject of a series of unsuccessful tests by the United States in the framework of programs to create hypersonic weapons, conducted in various types and branches of the US Armed Forces. It’s “part of the process,” he said.

“Every test, no matter the outcome, is an opportunity to learn something,” he said. – Considering advanced technologies and really wanting to take advantage of them and give something (to our. — RT) troops, we must agree that for this we will have to take risks.

Recall that only after three unsuccessful tests in a row, the US Air Force successfully flew a prototype hypersonic weapon as part of the ARRW (Air-Launched Rapid Response Weapon) program in the spring of this year. Later, in the summer, a joint development of the US Army and Navy called C-HGB (The Common Hypersonic Glide Body – Common Hypersonic Gliding Unit) failed in testing when the system was first tested as a whole.

According to the channel, in 2025 it is planned to equip the U.S. Navy’s own version of the LRHW system with Zumwalt-class missile destroyers, and towards the end of the decade, “a version of a submarine-launched hypersonic missile is planned.”

“Won’t let you complete the task”

However, back in the spring of 2021, American experts at the US Accounts Chamber (GAO) predicted possible problems in the implementation of the LRHW project.

“Program representatives from the US Army told us that when scheduling the Long Range Hypersonic Weapon program, they understood that even the most optimized approach would not allow us to achieve the goal of achieving limited operability by Fiscal Year 2023,” the Accounts Chamber report says. dedicated to hypersonic weapons.

The document also spoke about the technical difficulties that Washington has in developing prototypes of hypersonic weapons systems. In particular, technology was classified as problematic, which involves protection from extreme thermal effects experienced by hypersonic missiles during flight. 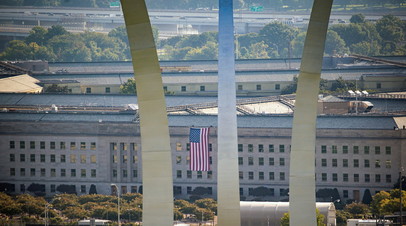 “Be aware of trends”: why the Pentagon created the Laboratory for Applied Research in Intelligence and Security

The Pentagon opened the Intelligence and Security Applied Research Laboratory. At the Ministry of Defense…

The “very difficult” technological and engineering complexities, including those associated with “materials and heat”, were reported in June 2021 by the senior director of hypersonic weapons programs of the US Department of Defense Undersecretary of Defense for Scientific and Technical Development Mike White. As he noted, as the programs develop, “the capabilities of detection devices and the like” will also become a “complex problem”. In addition, he stressed that if the United States wants to “not only experiment” in the field of hypersound, they need to focus their efforts on the ability to put production on stream “and at the same time ensure the reliability of the final product.”

Later, in November last year, US Deputy Secretary of Defense Heidi Shue reported that the Pentagon had focused on reducing the cost of hypersonic technology so that “the department can buy it in large quantities,” as well as developing materials that are resistant to high temperatures and can withstand speeds. , “on which these missiles will fly.”

As military expert Yuri Knutov noted in a RT commentary, American Vice Admiral Johnny Wolfe is very disingenuous when he says that Washington has not had a need to create hypersonic weapons so far. In his opinion, Wolfe wants to mask the failures of the Pentagon in the field of hypersound with such statements.

“The Americans talked about hypersonic technologies back in the early 2000s, when a global rapid strike strategy appeared, according to which the United States had to strike the enemy anywhere in the world within an hour. And for this, hypersonic weapons were just the best suited. They started development, but they did not succeed much. It still doesn’t work,” the analyst said.

According to Knutov, as a result, Russia and China have gone far ahead in this area and are successfully leading in the field of hypersonic technologies.

“Washington lags behind Moscow and Beijing by about five to seven years in a number of positions in the field of hypersound. But Russia is also developing systems to combat hypersonic missiles. Moreover, the state tests of the S-500 Prometheus air defense system have already been completed, the Russian troops have already received the first samples of this weapon, which is capable of destroying hypersonic weapons, ”the expert noted. 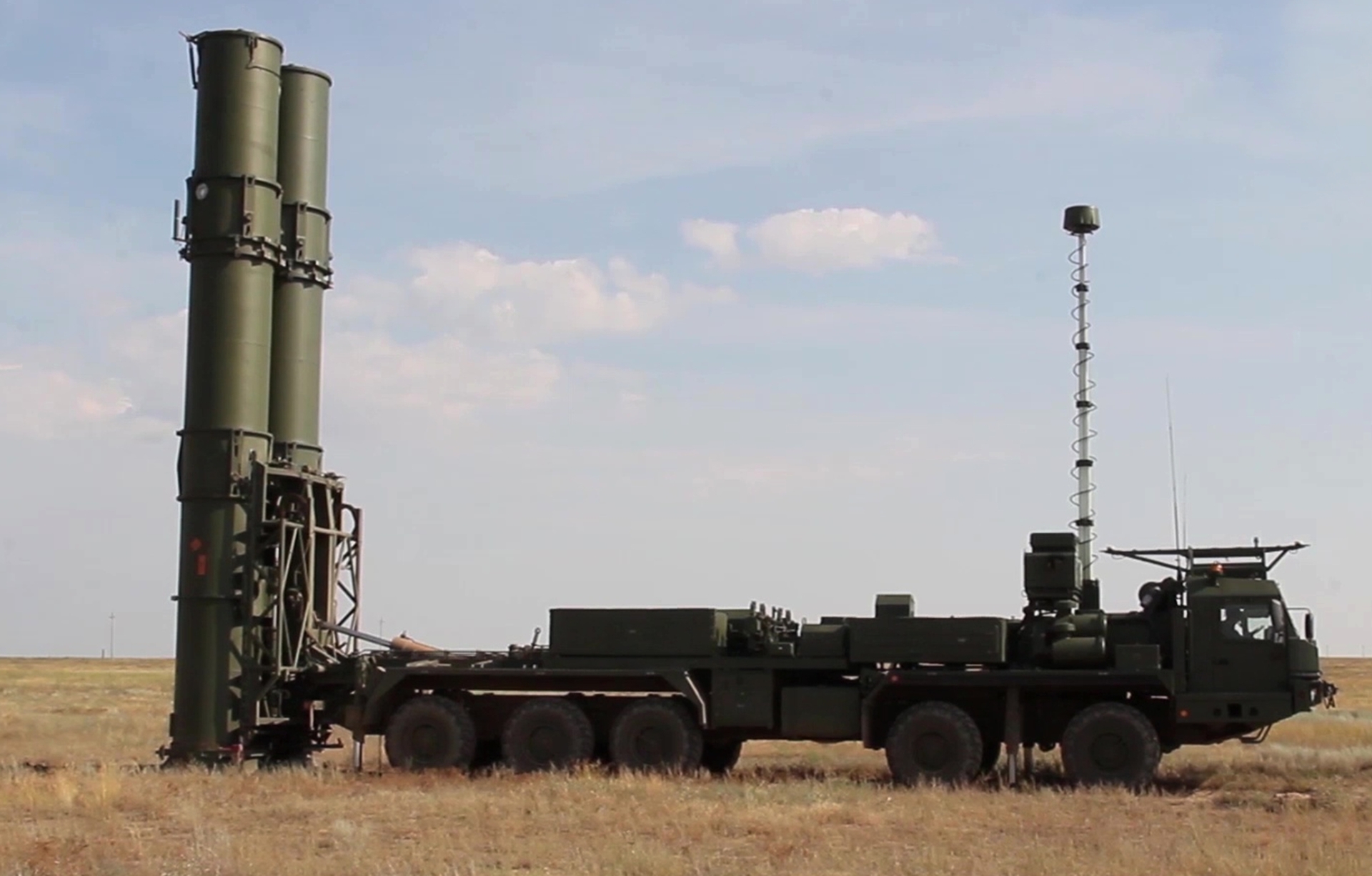 As Knutov stated, in order to catch up with the Russian Federation and China in the field of hypersound, the US military is doing a lot of work, but so far the result is “rather conditional.”

“Serious work is underway to create a universal hypersonic missile, including as part of the LRHW program, which can be launched not only from the ground, but also from the mine of destroyers, from submarines converted for these hypersonic missiles. But so far, no concrete results have been presented on this program, ”the analyst said.

Knutov believes that, despite the enormous financial investments of the United States in the field of hypersound and the efforts made, the American army will not be able to adopt the LRHW system in 2023.

“This may not happen before 2024-2025. The LRHW submarine fleet is likely to enter service only in 2027-2028. Previously, the Pentagon has repeatedly extended the implementation of a number of hypersonic programs, the same thing, apparently, will happen this time, ”he said.

A similar position is shared by military expert Ivan Konovalov. According to him, “it is highly doubtful” that Washington will be able to implement the LRHW project next year. 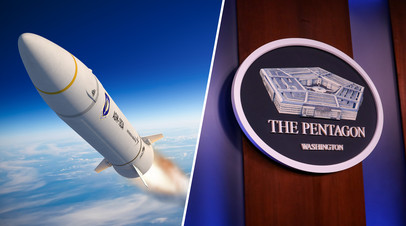 “Hide failures”: why the Pentagon announced the absence of plans to catch up with Russia in the field of hypersonic weapons

The United States does not plan to close the gap with Russia and China in the development of hypersonic weapons. This was stated by the Deputy Minister …

“In projects of this type, a shift to the right is always laid, and after a while the Pentagon may also make a statement and easily say that work on this hypersonic system continues. Despite the fact that Washington already has some groundwork in this area, 2023 is too optimistic a forecast. But so far, the Pentagon has not given any clarification on this topic. It is important for Washington to maintain the illusion that they are successfully developing hypersonics in the context of a common global confrontation with Russia and China, ”the analyst said in an interview with RT.

Konovalov also believes that although the United States spends a huge amount of money on hypersonic programs, this has not yet led to any concrete results.

“Many tests were failed, and hypersonic weapons were never created. Now the United States has already clearly realized that it is far behind the Russian Federation and China in the field of hypersound, has drawn certain conclusions and is trying to speed up development. It is really critically important for the Americans to close this gap in the field of hypersound, but it is clear that this is impossible, ”the expert noted.

Knutov explained that the US military is experiencing many difficulties in the process of developing hypersonic weapons, which concern not only heat-resistant materials and the production chain.

“The main problem for the United States is the development of a guidance system for such weapons, which directly affects the effectiveness of their use. Until the United States overcome this difficulty, their hypersonic missiles often fail immediately after launch. There was even a problem with separating directly from the carrier, ”said the analyst.

According to Knutov, Washington will not be able to catch up with Moscow and Beijing in the field of hypersound, since they have gone far ahead.

“The Russian Federation and China have achieved significant success and are not standing still, they are improving their hypersonic weapons. Even if the United States creates its own hypersound in a few years, these weapons will not be able to compete with those that Russia and China already have, ”the expert concluded.