John Leguizamo has reignited a feud that spanned more than two decades with his former co-star, Steven Seagal. While promoting his new movie’The menu‘, Leguizamo told Entertainment Weekly in an interview that he based his character in the film on the martial arts star. The couple initially met nearly three decades ago. on the set of ‘Critical Decision‘ (Executive Decision, 1996).

“A terrifying human being”

The action movie had Leguizamo as a sergeant and Seagal as a colonel, and when asked how he prepared to play his character Leguizamo pointed to Seagal:

“I’ve known a lot of these stars like that, maybe before they moved on. I kind of based mine on Steven Seagal. I had a bad run-in with him. We did a movie together. He’s kind of a horrible human being.” .

Talking with him A.V. Club in 2012 about his issue with Seagal, Leguizamo said that their differences began on the first day of rehearsal from ‘Critical Decision’:

“He came in and said, ‘I’m in charge. What I say is the law.’ Who the hell talks like that? Who walks into rehearsal and says that shit? So I started laughing and he slammed me with an aikido elbow into a brick wall and choked, I fell to the ground gasping and asking what was that about.” 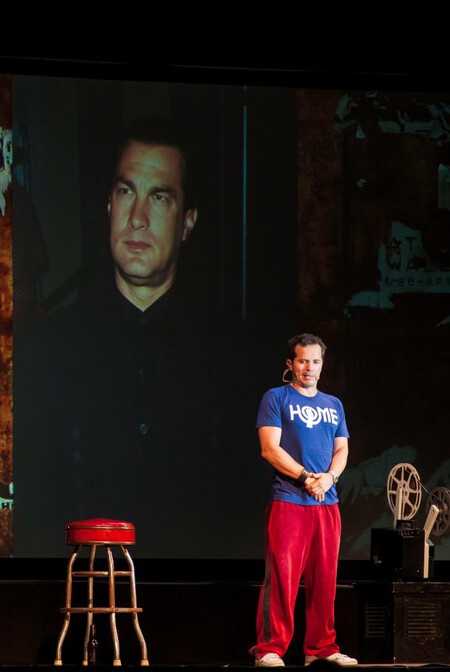 In 2014, Leguizamo mentioned the incident again during an interview with Los Angeles Times, where he said that he was respectful to all the celebrities he mentions in one of his monologues, except for Seagal. He also commented that later in the shooting schedule, the actor purposely appeared early in the days when Seagal’s death scenes they were filmed

“I’m not really attacking anyone on the whole show, except Steven Seagal. On set I wanted to see him die. It was like a fantasy”