I want to Sell this domain contact at [email protected]
Discount season: how real estate prices can change before the end of the year | Then24
Skip to content

Russian banks have significantly increased investment in the construction industry. According to the Central Bank, in the third quarter of 2022, the number of loan agreements increased by more than 50%, and the volume of open limits increased by a quarter. According to experts, this is due to the final transition of the industry to a system of project financing and an increase in the number of housing being built. According to experts, a wide range of real estate on the market increases competition among builders and puts pressure on the cost of finished housing. Under these conditions, apartment prices may drop significantly by the end of 2022, experts do not exclude.

Banks have significantly increased funding for Russian developers. According to the Central Bank, in the third quarter of 2022, the number of loan agreements increased by more than 50%. At the same time, the volume of open credit limits for developers added 25% and reached 11.1 trillion rubles.

In many ways, the increase in bank investment in construction is associated with the consequences of the transition of the real estate market to the system of project financing of the industry. This was told to RT by the first vice-president of the all-Russian public organization of small and medium-sized businesses “Support of Russia” Pavel Sigal.

“The state has established new rules of the game, which contributed to the improvement of the sphere and the departure of unscrupulous players. Now for financial institutions, investments in real estate carry minimal risks. Against this background, it has become profitable for banks to have high-quality infrastructure projects in their portfolio,” the expert emphasized.

From July 1, 2019, developers can no longer raise money from equity holders directly. Now citizens place their funds for the purchase of housing on the so-called escrow accounts. We are talking about a special bank account for the safe conduct of transactions between companies and the public.

Money for the purchase of real estate is kept in the bank until the developer fully fulfills its obligations. Thus, a construction company will be able to receive funds from equity holders only after the housing is put into operation. The contractors themselves will carry out construction work at the expense of bank loans.

“This year, the developers completed the remaining projects according to the old rules, and for the new ones they received money through the bank. Moreover, developers have begun to resort to loans more often in order to fulfill all their obligations to the client on time, ”Irina Radchenko, vice president of the International Academy of Mortgage and Real Estate, said in an interview with RT.

In the third quarter of 2022, the volume of construction of apartment buildings in Russia exceeded 100 million square meters. m. The last time such a high value could be observed in April 2020, according to the data of the Central Bank. According to TeleTrade analyst Alexei Fedorov, such dynamics are due to the rush demand for housing during the pandemic.

“The construction industry has a rather long production cycle, so the current growth in the number of facilities under construction is mainly due to the high interest of Russians in real estate, which was observed in 2020-2021. At the same time, the mortgage market, after a sharp collapse in the spring, also began to recover. Not the last role in this was played by the return of preferential rates on housing loans to pre-crisis values ​​- from 12 to 7% per annum, ”said the interlocutor of RT.

Under both programs, money can be used to buy finished housing from a developer or an apartment in a house under construction, to build a private house on your own or under a contract, as well as to purchase a land plot for the construction of summer cottages, cottages or townhouses.

“Earlier, some deputies talked about curtailing preferential mortgages at 7% per annum next year. However, it seems to me that with such statements the authorities are trying to warm up the demand for mortgages in the primary housing market and increase sales. Most likely, the option will remain available to Russians in 2023,” Irina Radchenko believes.

In addition to existing subsidized programs, mortgages from developers at minimum rates close to zero are becoming increasingly popular in Russia. In the same Central Bank consider this type of lending risky. As previously calculated by the Central Bank, the cost of apartments at zero rates is 20-30% higher than for similar housing at market rates. 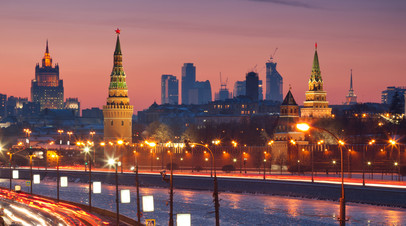 Financial adaptation: the Central Bank assessed the impact of sanctions on the Russian economy

According to the head of the Bank of Russia, Elvira Nabiullina, the Russian banking sector has managed to withstand the impact of Western sanctions. Furthermore,…

“And often an overpayment due to an increase in the cost of an apartment turns out to be even more than a decrease in interest on a loan. And to sell these apartments on the secondary market for the same money will not work. And here there are risks for citizens, for borrowers, and for a bank that receives an asset as collateral at an inflated price. We have now developed measures to limit risks in this segment and we expect that they will come into force at the beginning of next year,” said Central Bank Chairman Elvira Nabiullina last week.

Currently, the Russian real estate market is experiencing an increase in supply, while sales volumes remain relatively low. Under these conditions, developers, as experts explain, are trying to further stimulate demand and negotiate with banks to reduce rates for a separate fee to credit institutions.

“In such loan agreements, the cost of a square meter already includes the costs of the bank and the developer. In fact, having a nominal rate of 0.1% per annum, the consumer will still pay the same as the client who bought the apartment at the market rate. Therefore, it is better to carefully read the contract, compare several offers on the market, and not succumb to the manipulations of marketers, ”Radchenko warned.

According to analysts interviewed by RT, it is currently possible to save money on buying a home through the shares of developers who have already begun selling apartments at a discount in order to avoid overstocking the market. In conditions of oversupply, developers will be forced to continue to reduce the cost per square meter in the future.

“How they will arrange it – in the form of promotions, individual discounts, joint preferential mortgage programs with banks – is not so important, but the market has already begun to see a downward trend in prices. Since April, the average cost per square meter of housing has decreased by 6.6%, by the end of the year the figure may accelerate to 8.4%. The decline will not stop there, since in winter the demand for housing seasonally reaches its minimum levels,” Alexey Fedorov noted.

The Russian real estate market, according to Radchenko, will gradually adapt to other conditions. However, new facilities, despite the decline in developers’ profits, will continue to be put into operation on time.

“In the period up to the end of the year, the cost of new housing will fall, and by the spring of 2023, prices may return to the pre-pandemic level of 2020, that is, sink another 20-30% from current values. It is difficult to predict further, but so far there are no signs on the market that would indicate the likelihood of a rise in housing prices, ”concluded the expert.