We live in an audiovisual world of algorithms and offices, of people in ties who want to match the tone of other series and movies that have worked before to get a quick financial benefit without thinking too much on the creative level. For this reason, in this environment, ‘Guillermo del Toro’s cabinet of curiosities’ is a rare bird that has, probably against the suggestions of some Netflix managers, own personality.

Not one of the episodes, for which Netflix has had the best of current genre cinema, is basic, crude or not very risky: all of them have decided to participate in a league of their own in which, even when it doesn’t work, it shows that behind it there is affection and desire to play a game that is not the current one, but one in which the voice of the author has the last word no matter how exaggerated, absurd or gore a chapter may be.

Now, and knowing that there may be controversy, especially for what I qualify as “the worst” episode, we bring you the ranking of the eight episodes of the anthology series, from worst to best. Although, yes, I want to make it clear that none of them are even remotely bad or boring: they all have quality and know exactly what they are, something very rare nowadays. That said, it is time for Guillermo del Toro to be our own Crypt Keeper and open one by one the drawers of this mysterious Cabinet of Curiosities… 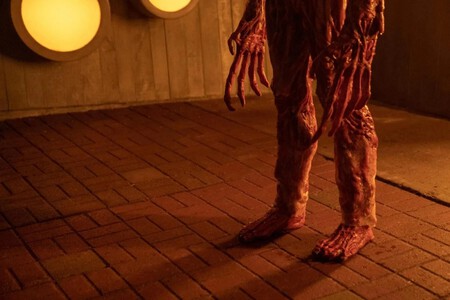 I’m heartily sorry for Panos Cosmatos fans, but the director of ‘Mandy’ does not offer here the best of his works. Yes, the last ten minutes where he explores cosmic horror and facial deformations are worthy of applause, but the road to those scenes is uphill: many empty conversations, pot jokes and general boredom do not quite compensate for an ending with effects world-class visuals and far more horror than we ever thought we’d see on Netflix. It’s hypnotic and elegant in its own way, and it certainly has its own style in spades.but the Guillermo del Toro series has a lot to offer, and someone had to be here!

7-‘Dreams in the witch’s house’ 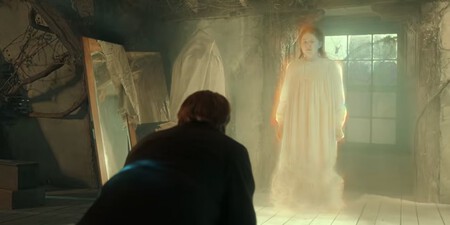 Adapting a story by HP Lovecraft, Catherine Hardwicke (‘Thirteen’, ‘Twilight’) shows off some eerily beautiful scenes and splendid makeup and special effects work, but it is lost with the humor of one of the characters (whose design does not finish working either). The trip to the dimensional plane of the dead is fantastic, and Rupert Grint gives it his all in a role that is not his usual one, although sadly, and despite some fabulous dream scenes, falls short in its intentions. 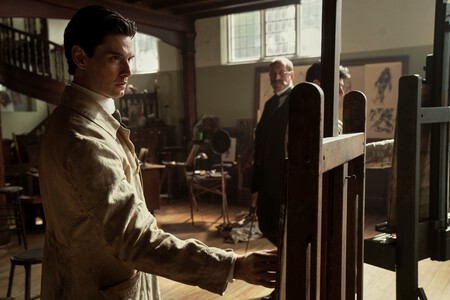 When one thinks of HP Lovecraft, one usually thinks of Cthulhu and the rest of the Ancient Ones. And ‘The Pickman Model’ does not disappoint. In it we have another adaptation of his, more accomplished than the previous one: visions, monsters and an approach to madness at Miskatonic University. However, although Keith Thomas gets rid of the thorn of having directed the horrendous ‘Eyes of fire’, he does not manage to elevate the story, which remains in no man’s land until an ending that vacillates between visual impact and RL Stine’s narrative. 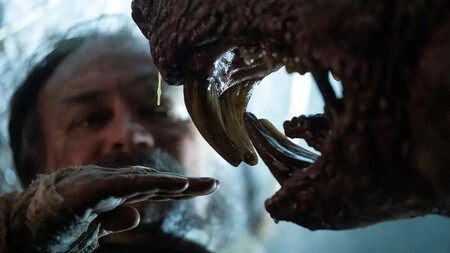 Vincenzo Natali has already earned a name in gold letters in the history of fanterror thanks to ‘Cube’ or ‘Cypher’, but For some time now, it’s been a bit in the doldrums: solvent, but without leaving traces. This is the case of ‘Cemetery Rats’, in which he lengthens a very simple story too much but ends up succeeding in concepts that are as strange as they are powerful. Perhaps it is the episode that can come closest to a ‘Tales from the Crypt’, including his almost naïve touch in the sets and ideasbut that is not necessarily negative: the director manages to leave a certain mark with a story with a couple of very good ideas that he exploits to its ultimate consequences. 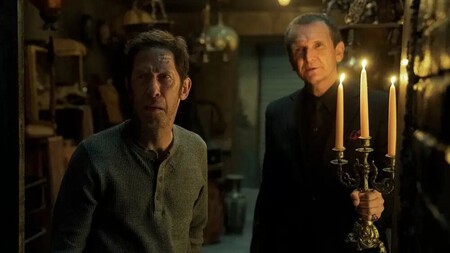 The anthology opens with a classic story, in which the audience wants bad things to happen to the main villain. Its director, Guillermo Navarro, does not hesitate to offer them on a platter, in the best tradition of horror cinema. Although it begins on a very small scale (a man in debt buys a warehouse to resell what is inside), it ends up becoming a demonic fantasy well managed, which surprised by his sadism and his cruel fun. It’s not the best of stories, but it’s tremendously satisfying. 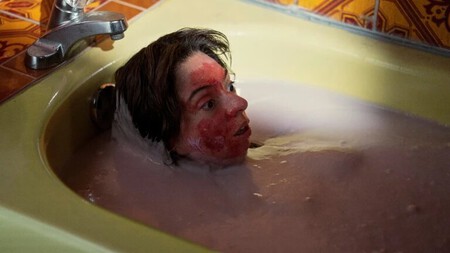 I know this isn’t exactly the most popular Cabinet story, but I can’t lie: I loved this combination of cringe humor, stickiness, weirdness and perfect life starring the wonderful Kate Micucci, who is able to give the character a life of her own that no other actress could. Her tone totally diverges from the rest of the episodes, but what Ana Lily Amirpour does with such a seemingly simple plot (and in which the moral couldn’t be more amoral) is fascinating. Yeah, he’s being very divisive, but I have not found a way not to love this terrifying comedy with a touch of body horror unique in its kind. 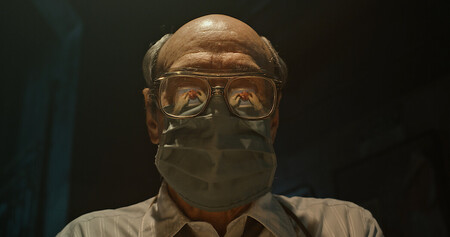 Without a doubt, David Prior (‘The empty man’) has directed the best ending of the entire anthology and one of the most original and vibrant of genre cinema in recent years. But this would not have been achieved without a tension that grows by the minute and in which the skein is unraveling little by little, with a profusion of viscera, blood and gore at close range. ‘The Autopsy’ is a great little wonder that is clever and doesn’t skimp on adding more and more tension, but that takes too long to start, getting lost in a perhaps unnecessary underlining of the protagonists. A finicky flaw: the episode is an almost flawless wonder. 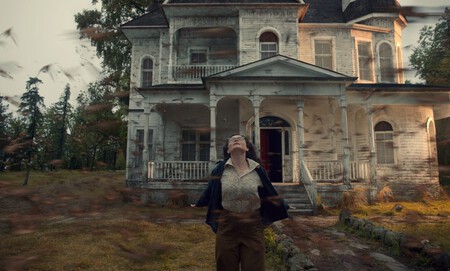 Jennifer Kent continues orbiting around the themes that she already dealt with in ‘Babadook’, but she does it with dreamscapes, playing with haunted house platitudes to sum up a life focused on pain and the hidden resentment, the curtain that tries to hide the sadness and a past that is shown on a slow fire. ‘The Whisper’ may not be as exciting or bloody as the rest of the episodes, but it doesn’t need to bow to the easy scare or to please the audience more fond of the genre. In the background, the last episode of the series is a drama about broken heart, longing, desire to change a life. Amazing how to get so much with so little.