On its website, channel 10 of Uruguay summarizes the content of that program as an analysis of the successful cycle and calls it “River Plate television”, a term widely used on the other shore to refer to cultural phenomena such as tango, the milonga and other artistic expressions common to the two countries, but that does not fit specifically for the television category, because there is not and never was a commonwealth between both nations at the “broadcasting” level.

On its website, Channel 10 of Uruguay talks about “River Plate television” when referring to the Argentine production of Big Brother

Although it is true that the retransmission of Argentine programs is normal on Uruguayan TV, what is new is that an exclusive broadcast has been set up to analyze a program from abroad.

Few are the Uruguayan cycles that have had their place on Argentine TV. The most remembered in history have always been the members of the humorous troupe that landed in the 70s at the hands of Telecataplum, Hiperumor, Hupumorpo and Comicolor with the Uruguayan stars Ricardo Espalter, Eduardo D’angelo, Enrique Almada, Julio Frade, Berugo Carambula and Raimundo Soto, among others.

Toto Paniagua and the professor of good manners Espalter and Almada

One of the most ironic comments in reference to the artistic reality of Uruguay said that a possible nickname would be “Los sin farándula”, to reflect the lack of stardom on the part of Uruguayan society. 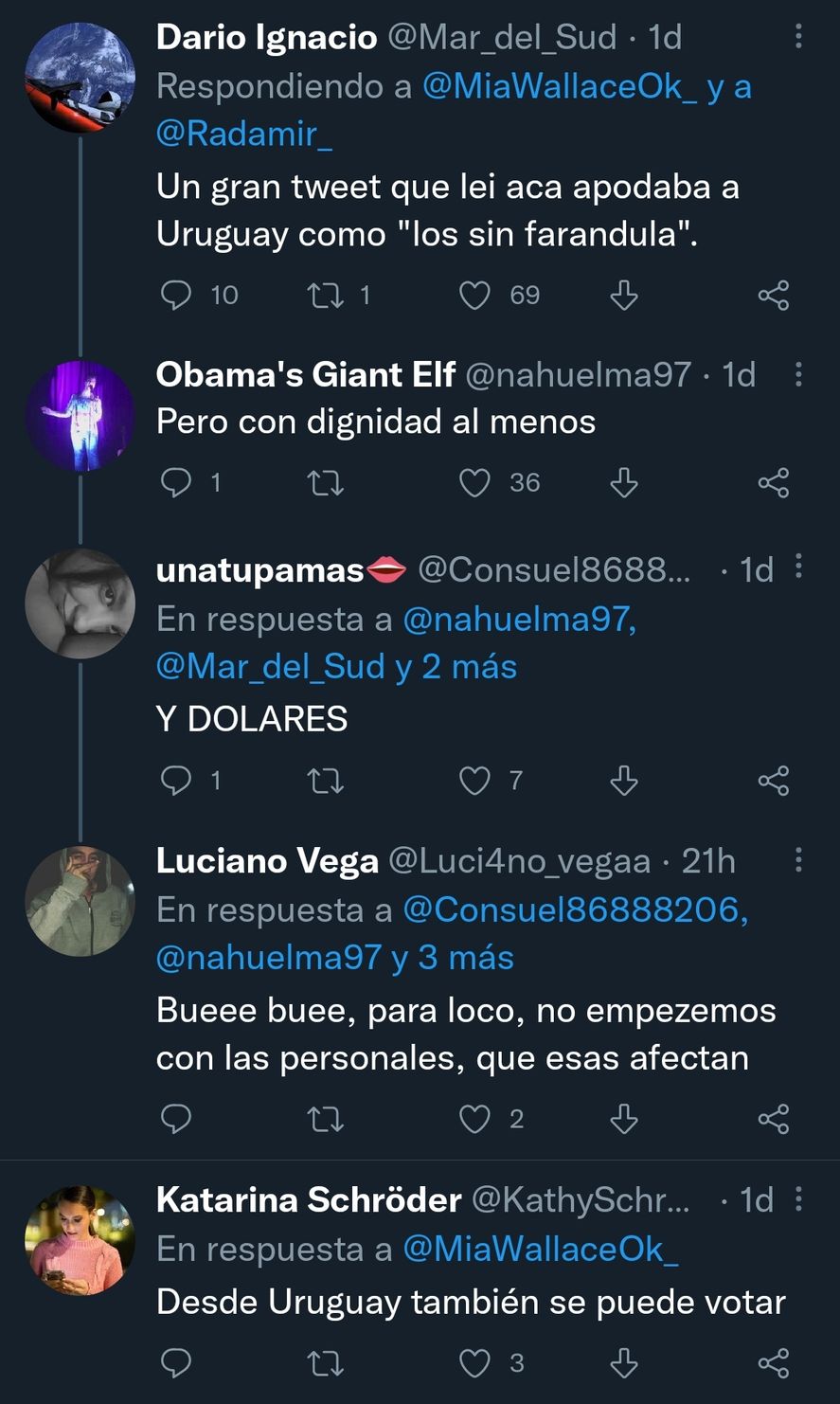 Some of the greatest exponents of television, radio and theater born in the neighboring country had to set up their careers in Buenos Aires in order to begin to have economic success and media impact in a medium with much more power of penetration to large audiences. .