I want to Sell this domain contact at [email protected]
The ancient underground city of Derinkuyu: a network of tunnels for 20,000 people built thousands of years ago | Then24
Skip to content

Derinkuyu was rescued from oblivion by chance, the same unpredictable chance that has accompanied other great discoveries throughout history. It is said that in 1963 a neighbor who lived in one of the “cave houses” in the area, in the region of Cappadocia, now Turkey, realized that he was losing chickens in a mysterious way: they vanished after sneaking through a small crack opened during a reform. When he investigated, he discovered that they were sneaking through a passageway, a passageway that in turn connected with another corridor, a corridor that linked with an underground city.

He had found the vast and ancient underground city of Elengubu (Derinkuyu).

Today that stroke of luck, whose history the guides still tell unbelieving travelers who travel to the area to see it in person, it has become one of the great attractions of the region. And one of the most fascinating constructions in the country.

Derinkuyu is an ancient wonder, a huge underground metropolis that, it is estimated, could accommodate up to 20,000 people for months. Experts estimate that the so-called ancient city of Elengubu extends more than 85 meters underground, just like a skyscraper with 18 levels of galleries. An extraordinary size of which only a part can be known. It sounds like a fantasy, a city created by the Morlocks, but Derinkuyu was a reality for years.

A refuge… in a big way

It is not easy to fix the origin of the metropolis. Around 370 BC the Greek chronicler and philosopher Xenophon of Athens seems to allude to her in Anabasis, a work in which he talks about people from Cappadocia who lived underground. However, the first works in the network of caves usually date from much earlier and are associated with the Hittites, a key people to understand the ancient history of the Near East.

Experts such as A. Bertini – the BBC specifies – believe that they were able to excavate the first levels in the rock when they were attacked by the Phrygians, around 1200 BC Objects attributed to the Hittites have in fact been found in the metropolis. Much of the construction is also associated with the Phrygians. The geology of the region, malleable and with dry soils, would have contributed to their work.

The constructions were maintained for centuries, passing, among others, by the Persians and the Christians of the Byzantine era, until they were abandoned in the 1920s after the Greco-Turkish war. Over time, the construction took on the dimensions of an authentic city, with houses, spaces for storing food and drink, classrooms, a chapel, and passageways with their own security system.

Its leaders came to make huge circular rocks and half ton of weight to move them towards the accesses of the tunnels and blind them before the advance of their enemies. 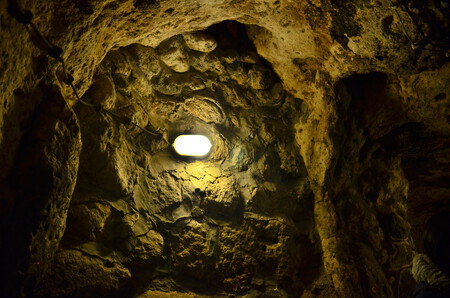 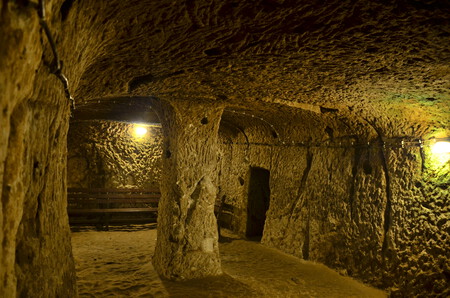 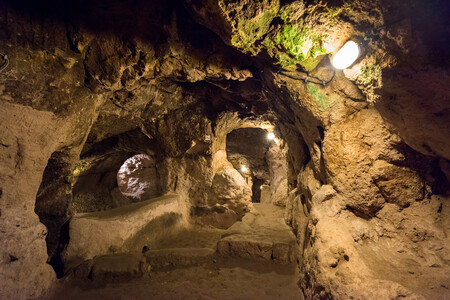 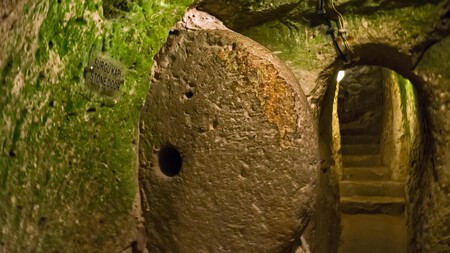 The researchers believe that it could initially serve as storage, although its main use would be that of shelter, a temporary space to ward off the stalking invaders.

“The succession of empires and their impact on the landscapes of Anatolia explain why underground shelters like Derinkuyu were used,” Professor Andrea de Giorgi, from Florida State University, told the BBC. Its apogee would have been reached in fact towards the VII, during the Islamic incursions. To facilitate its occupation, it had a ventilation system and a protected well.

Although Derinkuyu is fascinating due to its characteristics, it is not the only underground city in Cappadocia, a region through which other similar constructions are distributed. During the cleaning work a hillside in NevsehirIn fact, Turkey, a vast underground city was discovered that, it was estimated in 2014, could extend over 450,000 square meters.

A true treasure worthy of the best fantasy of HG Wells.

But with much to contribute our knowledge of history