At the launch of the Connect 2022CEO of Meta Mark Zuckerberg announced that the content store Meta Quest recently surpassed 1.5 billion in revenue since its launch in 2019. Although currently declining (mainly due to market seasonality), the fact remains that the store has always had continuous growth.

Whether Meta shy away from releasing official unit sales for all of its headsets, the company confirmed that its app store had topped $1.5 billion with an average monthly income that has grown from $50.6 million at its inception to nearly $60 million in February 2022. 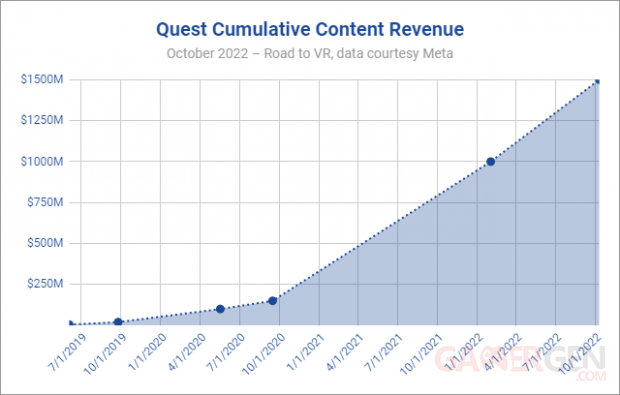 Although the platform continues its ascent, its growth has slowed somewhat. As explained a little above, given the seasonal nature of the video game industry, the curve accelerates considerably in the fourth quarter (year-end period requires). To find out if this is a temporary back-to-school effect, we will have to wait until early 2023 to draw conclusions. It is also necessary to weigh in the balance the increase in the price of Meta Quest 2.

Despite his claims, Meta did not give details of the 1.5 billion in revenue announceddoes this include applications from theAPP Labas well as securities purchased on the platform Oculus pc? Either way, that’s pretty damn good news for the VR and a snub to all who predicted his death. 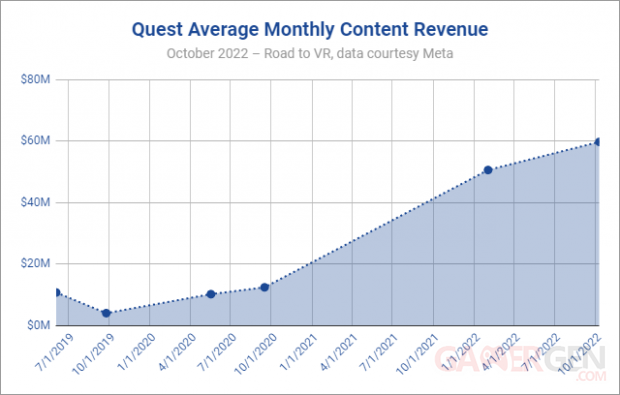 If the Meta Quest 2 interests you, know that you can always afford it at the Fnac, Darty or Amazon for €449.99.