Jazz is a music for bald people with glasses. Stereotypes sound in stereo and sometimes work to explain things. It is true that women also attend concerts: girlfriends, sisters, daughters (this is rather rare) of bald men with glasses. They are less than them. Than us. I do not know why. I’m not kidding, but I’m exaggerating, of course.

Hundreds of this myopic tribe to which I belong met last Wednesday at the Palau de la Música -I traveled 600 km just to be with them- before what we sensed a special moment. Minutes before the performance, in the bathroom queue (at least in the male), in which one abandons the posture outside to return to the primary impulses, the most ditzy were heard commenting that “what a moment”, that ” How great that they had chosen Barcelona to start the European tour”, which “is going to be the host!”, in short.

I would have given away a free subscription to my magazine LIDS for changing me Joan Anton Cararachthe director of the 54th edition of the Voll Damm Jazz Festival of the city, which is not the oldest but it is Donosti that takes the cake. So that? To introduce the band. Cararach went on stage and microphone in hand told us (in Catalan) that it was a unique night, that we may not see them together again and stuff. I paid 70 euros of the wing for each ticket and I assure you that the price-enjoyment ratio far exceeded my expectations, although I have the theory that you enjoy much more at concerts (and with anything) when you pay for it than when you are invited or they give it away

For a little over two hours I was the bodyguard of the drummer Brian Blade. Sitting on one of the high stools of the Palau de la Música I recorded in my memory each one of the movements of the Louisiana octopus. He changed drumsticks on the move, like that specialist who jumps from one car to another to kill the bad guy – metal brushes, walnut sticks (always of the brand Vic Firth), thick straws tied with rubber bands and my favorite gadget: a red cloth to mitigate the metallic sound of the snare drum (that drum that the drummer puts between his legs). Between topic and topic, and eight or ten fell, Blade had to take off his glasses and dry his face because his glasses fog up and octopus that he doesn’t see heart that he doesn’t feel. You don’t have to feel the call of percussion to realize that Brian Blade is the best drummer in the world. Does this matter? I do, and a lot. 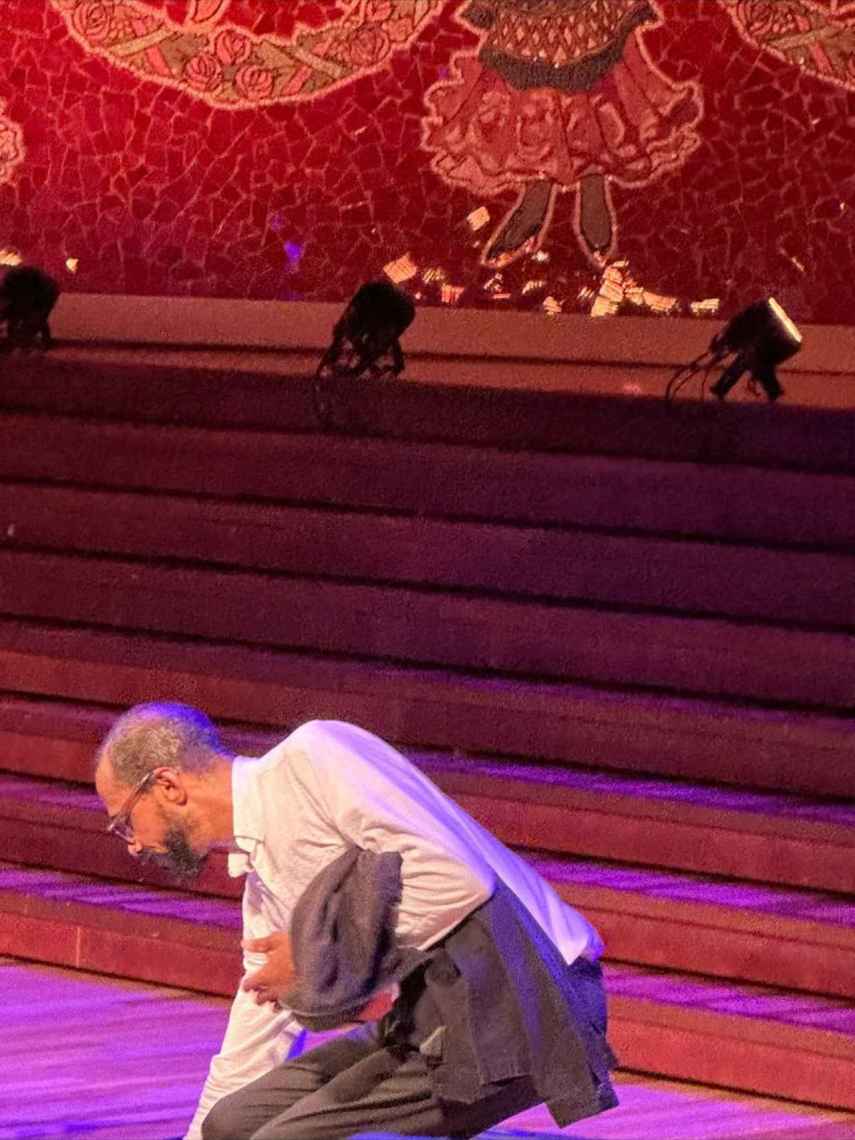 Brian Blade, picking up his chopsticks at the end.

It was not Brian Blade (52) the boss of the quilombo, but the sexy tenor sax, Joshua Redman (53) that brought together four geniuses, each in his own way, to present their third album together in 28 years live. Jazz stuff. But if it is for me, fond of beating drums, the protagonist of the night. There are no drummers in the world like him, and after the death of the elegant charlie watts, is the fruit of my percussive devotional. Blade blends and confuses left and right and seems to enjoy entertaining the viewer, changing the “crash” and the “boom”, making them close haul from port to starboard. Skinny as a drumstick, he jumps and wriggles over some drums and cymbals that he makes screech and thunder like a typesetter at the congress relates to the session diary.

Blade, although it did not seem like it, followed the drawing that the double bass player Christian McBride (50) but that was only in one of the sound planes. In the other, at the same time, he drew for two hours a continuous and diverse solo from the “splash” to the “rataplán”, from the timbal, to the bass drum, and from a Ride (22″ Zildjian K Constantinople Light Ride, 24″ Zildjian A Ride, 22″ Spizzichino Ride) to another. Blade did not use any cutting plate. What the hell is that? That cymbal that serves to end a solo and tell the public that the song is over, clap your hands now.

the famous pianist Brad Meldhau (52) was clearly up to the task, but he spent the concert hunched over imitating the famous posture of Bill Evans, almost without opening his eyes, depressed as if he had lost his cell phone. His fingers danced on the keys of the Steinway Grand Piano masterfully but always in the background. Perhaps because they were three colored men and a white man. I don’t know. I still believe that blues, rock & roll and jazz is in his hands because God gave it to him after centuries of slavery.

For those who come to this paragraph without knowing anything about this quartet and also for those who find the four letters of the word “jazz” difficult, I advise you to search Spotify for their latest album, recent, from this year, Long Gone (Nonesuch Records). It’s an easy album, clear instrumental, for not very trained ears. It’s perfect for relaxing, reading while it plays, wearing it on a first date to get the lowdown, and of course opening a bottle of wine… all those things that bald men with glasses like. The next day with more energy I propose to miss rosendo market, who with his Leño sang: “Today is going to be the night I told you about”… And so it was.