Then, regarding the trigger clause for inflation that some community leaders requested, the massiste pointed out that in the ruling party they estimate that inflation will be around 50 percent, so the opposition’s demand is already within the calculation. “This Budget follows the line of the Nation, it is conservative and marks 60, but we believe that we are going to be around 40 and I am optimistic for that,” he said.

Legislators from the ruling party and the opposition evaluated Axel Kicillof’s roadmap. The FIM works order, one of the keys.

The renovating leader of the suburbs and a man closely related to Minister Sergio Massa, maintained that “if the Budget is in accordance with what was presented, I am optimistic that we will quickly begin with the visit of the ministers, because we want to know how they finished the year and see What do you propose for this project?

“If it is as it says, we are here to approve it. We are going to make the comparison with next year’s and we are here to vote on it, but not with a closed book: we want to study and do what corresponds, in addition to having the foundations to defend them. I liked the investment in education, the drop in debt and then we will read the other details, “she slipped.

In the same line, the deputy and mayor of Almirante Brown expressed himself on leave, Mariano Cascallareswho, when asked by Infocielo, maintained that Kicillof’s “is a balanced project, it follows the trend of the previous ones with an increase in infrastructure and capital investments; those of us who come from the territory see it with very good eyes because it goes to hospitals, schools and social infrastructure.

In relation to the Fund for works, it evaluated that “It is not yet in the Budget project”although he stressed that “it has already been raised by the opposition that is going to request it.”

“We know that municipalities play a more than important role in the application of public policies and this fund improves the response capacity of local governments and has an impact on communities,” while noting that the Single Distribution Coefficient (CUD ) “perhaps at some point a more general debate regarding its structure will be needed”.

On another level, “what we can say is that year after year it is being updated according to the indicators that constitute it, each district has its particularities, so it is an open debate and perhaps at some point it will have to be debated.” 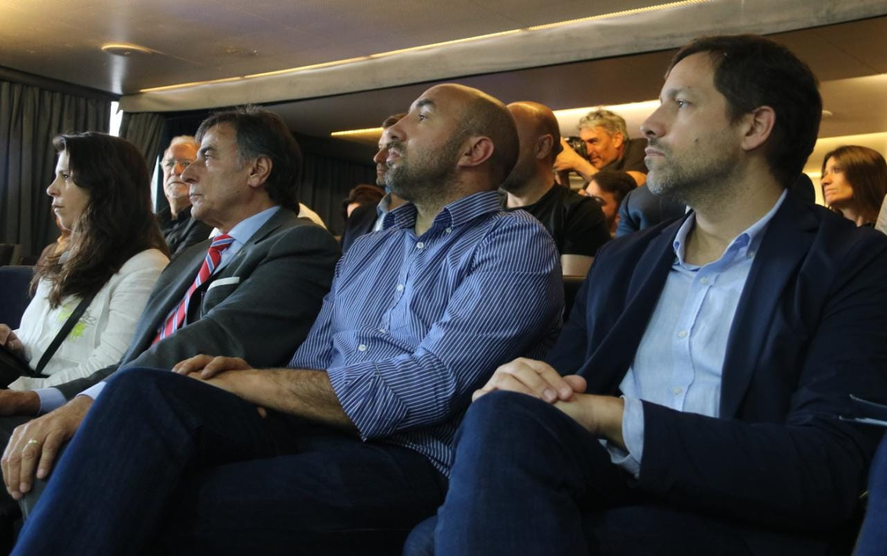 Legislators from the ruling party and the opposition evaluated Axel Kicillof’s roadmap. The FIM works order, one of the keys.

Opposition voices, from left to right

With little presence of legislators from the opposition, those who stood out were the representatives of the Left and Avanza Libertad in the lower house, Guillermo Kane and Nahuel Sotelo, respectively.

“The budget outlined by López and Magario does not announce any measure to resolve the social crisis and leaves the enormous benefits for big businessmen and the regressive tax structure standing.”said the PO leader.

To which he added that pointing out “that the supposed solution to the social problems of the province is only the claim for co-participation, is the chronicle of a death foretold” because “it is not going to happen, but they are preparing a bill pass to the macrismo already Alberto Fernández: Kicillof’s resignation to promote progressive taxes on the great fortunes of the province to solve the problems of the population is explicit.

In his turn, Nahuel Sotelo expressed his disagreement with López’s analyzes on the growth of production and employment: “We are going to wait for the entire project, but if people hear this they hold their heads, they say there are more jobs but what the minister said is not seen on the street.”

“We have to see if there is really no increase in taxes, that would be good, I think it has to do with the influence we had. What seems crazy to me is talking about a budget with a gender or environmental perspective, in that case because we are in a province that does not emit pollution. We hope that the ministers are open to questions,” he concluded.