I want to Sell this domain contact at [email protected]
Scandal in Arrecifes: a municipal contractor revealed a corruption scheme of the radical mayor | Then24
Skip to content

Yesterday, the contractor Cristian Losada appeared before the Special Affairs Commission of the Deliberative Council, and before the plenary session of the legislative body, he detailed the request for returns by the communal chief, the invoicing of works not carried out and the request of proxies for the fraudulent bidding of purchases of the municipality, among other crimes against the public administration in which he himself finds himself immersed.

Sitting with a thick folder full of purchase orders, invoices and other evidence, Cristian Losada was ready to give the details of his long relationship with the Municipality, in front of the observance of the fourteen councilors from the island, among them the official Martin Reddy Y Francis Boveda that they must have listened to him with sorrowful attention.

“The tenders that were presented to the municipality was a single company, which was me: Losada. Then the rest was all trucho“, assured Cristian Losada. “They made me write down as if I had trucks, machinery, and I had nothing. I had won the tenders before they were carried out, “he added.

“The procedure was this: I cashed the check, I had to change it and I had to give the money to the Public Works or to the mayor. There was another case, when Cecilia Reddy distributed the checks that were mine, that she had worked. That’s why I paid a high price in this government,” he continued.

The session in the Special Affairs committee escalated when Cristian Losada took aim at one of the Together for Change councillors: “I fought a lot of times in the office with the mayor and I told him why did he take my checks out to me? You were not there? “He shot Francisco Bóveda, the head of the Council and brother of the Secretary of the Treasury.

How the biggest corruption scandal in the history of Arrecifes began

In October 2015, agricultural producer Javier Olaeta endorsed his carved popularity at the polls as the organizer of the 2008 rural protests in the most fertile region of the country. With the Front Let’s changewon the mayor with 47% of the votes against the Front for Victorya position he holds to this day.

A few months after taking office, at the beginning of 2016, he summoned his co-religionist Cristian Losada to work in the municipality. According to Losada -from a radical family-, it was Olaeta himself who gave him the key to the party headquarters of the UCR.

“The mayor called me, summoned me to the office and told me that he wanted me to start working for the municipality“, He told about the beginning of the corruption scheme that has been going on for 7 years. And he expressed: “He is a mayor who always lied, he lied to the city, he lied to everyone.”

Faced with the contractor’s complaint, the block of councilors of the front of all made a request for reports to the municipality, which replied with a significant number of invoices made by the Losada company to the Municipality, dating from May 16, 2016 to January 1, 2021. They did not submit any tender documents..

“I knew that I was going to win the first tender. In the first, the money was to buy the tools. In the second, I had to start distributing the money. And it continued like this”denounced Losada.

The ballots end in 2021 because it was not only Cristian Losada who billed the municipality, so that the return scheme could be developed. When his billing grew and he had to register as a person in charge registered with the Afip, it was the mayor himself -according to Losada- who recommended him to use proxies. Thus, he used his nephew and two other people.

“At one time, the Losada company no longer billed in my name, but in the name of my nephew. Why? Because I was overbilling,” he described.

Among the acts of corruption, the opposition councilors verified works invoiced by the Losada company that were not carried out by it, but by the Municipal Cooperative of the former Argentina Works program. A concrete patch of 280 m2 in front of School No. 1 that was invoiced and was never carried out. Works in four gardens that are also conspicuous by their absence. 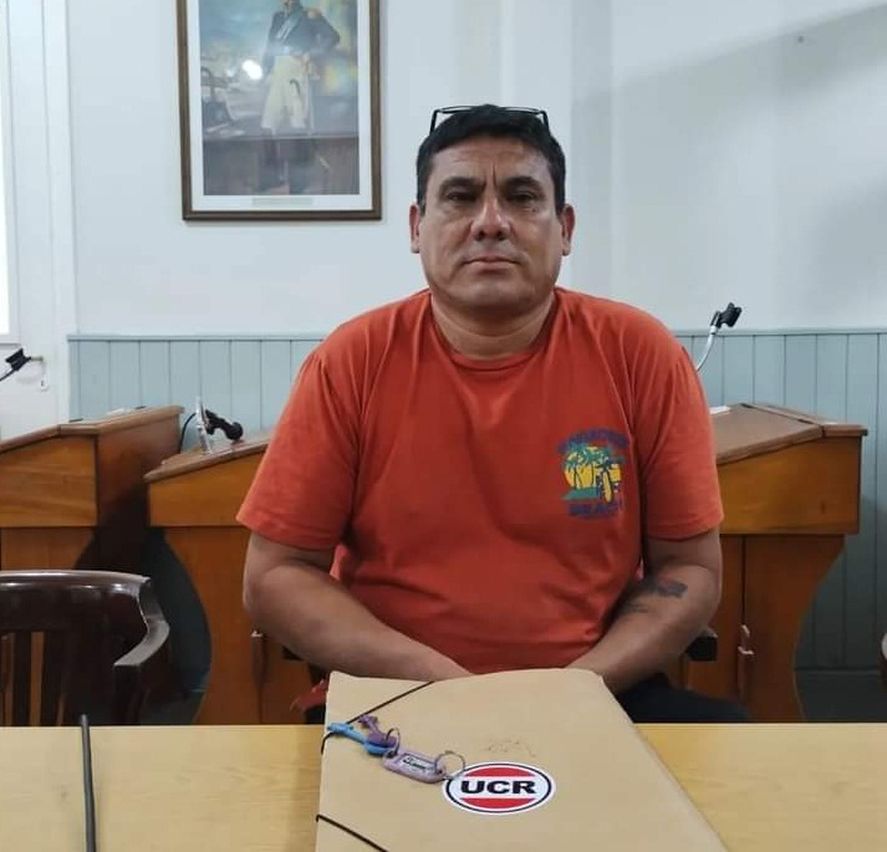 The pot that Cristian Losada uncovered this Thursday will have a lot of material to cut, and the Deliberative Council summoned him again in two weeks to offer more explanations. Meanwhile, the councilors are preparing to continue verifying the works described by the contractor.

Likewise, the councilor of Vamos Con Vos, Sebastian Reigosa filed a complaint with the Reef Prosecutor’s Office for the Losada case. This is the same legislator who four months ago filed another complaint of corruption by the local ruling party, based on a request for bribes denounced by the company Hygt Chemical when he was ready to improve rural roads.

However, it was Cristian Losada himself who filed his complaint with the San Nicolas Prosecutor’s Officewho must now investigate the burdensome corruption scheme in the Municipality of Arrecifes.

For its part, INFOSKY repeatedly tried to communicate with the mayor of Arrecifes, Javier Olaeta, who preferred to remain silent.