In addition, he adds that it is better not to say or write “luck looks black for the team” or “he bought the ticket on the black market.”

Continuing with the order of reading, we find the second axis of the record, the one that deals with “violence in the game”. The body led by Victory donda asked to avoid talking about “sports paternity”, that is, in terms of football records between the Selection Argentina and the Selection Brazilian.

In that line; INADI demands not to sing one of the most well-known and recent songs of the Albiceleste people, as “Brazil tell me how it feels to have your dad at home”since he considers it “an aggravating chant”.

In turn, the document demands not to fall into the expression “kill or be killed”, since it also looks like something “negative”.

The third and last thematic axis, which refers to discrimination, expresses its repudiation of phrases such as “He is more aware of the hairdresser than of training” either “That fat he can’t jump or run”. This, like calling “blind” a referee who makes a mistake in a sports decision.

On the other hand, it is recommended to prevent certain ‘trite’ expressions from the journalistic-sports field, such as “Today we expect to see a team of men, well planted, who demonstrate their manhood”.

According to Clarín, one of the sources consulted by INADI to compile the controversial manual was the free encyclopedia Wikipedia.

The head of INADI, Victoria Donda, broke her silence this Thursday (10/27) after the controversy generated by the publication, by the body she leads, of the manual of recommendations for journalists covering the Qatar 2022 World Cup. “It’s not bullshit”he defended himself.

“We seek to disarm the violent cultural scaffolding of discrimination and racism, we can change it”Victoria Donda said in a radio interview with Delta to defend the manual that triggered all kinds of criticism and ridicule.

The official asked to differentiate “the folklore of the violent” and remarked that “The guide is not for people who go to the field, it is for communicators”.

Donda also justified the guide by pointing out that “Journalists have the responsibility of carrying out communication in a particular field and that is why the series of recommendations”. 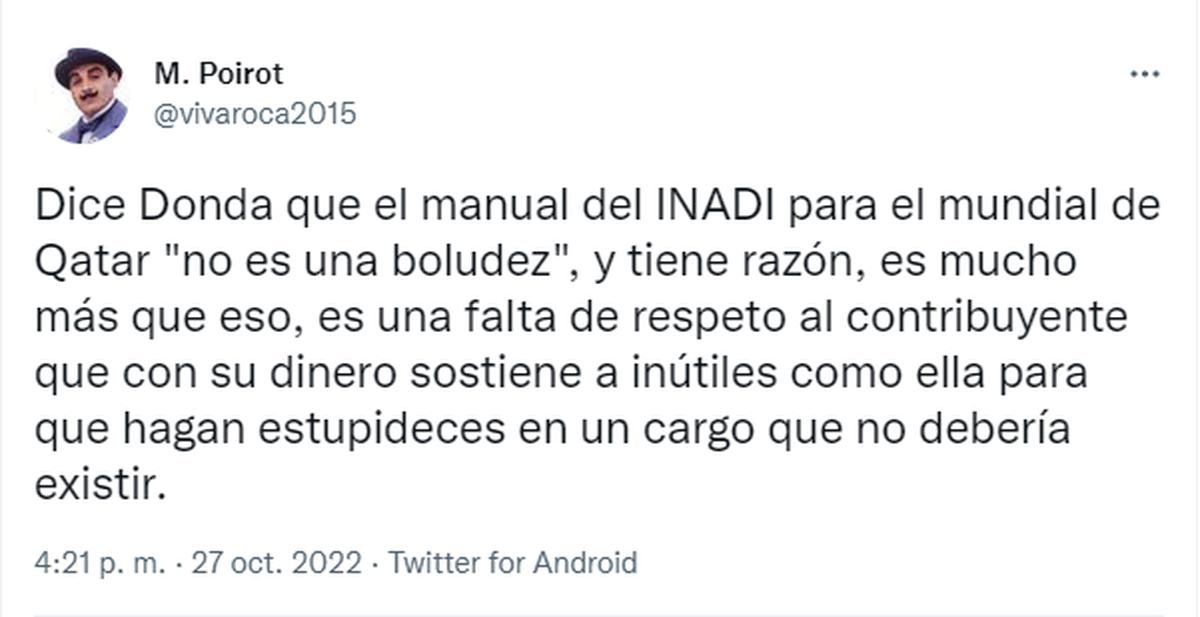 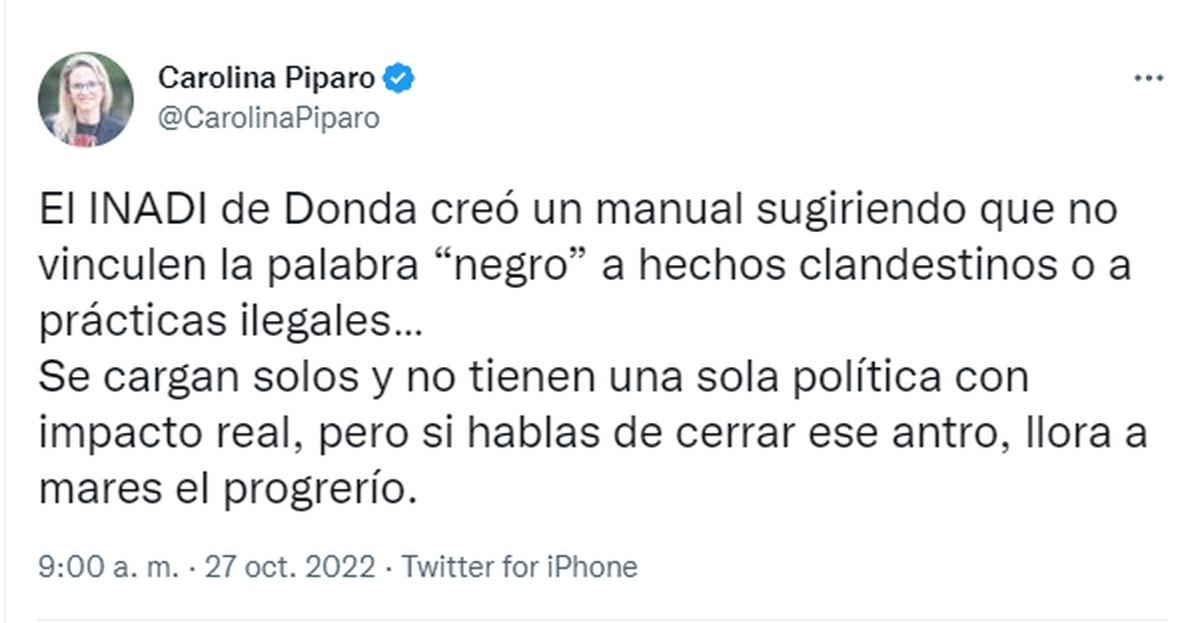 Donda: Don’t use language that could offend the lgbtqi collective or anyone in particular so we can all enjoy the game

The most respectful Argentine fan: pic.twitter.com/QbbdRUmFHJ

Gerardo Milman complicated by the role of an advisor

Tenembaum tore the INADI manual to pieces: “It is the caricature of the progressive”

Monotax: How much will each category pay in January 2023

Death to the false national industry

‘Argentina, 1985’, according to The Economist: “A critique of historical memory promoted by the Kirchners”