Year 1907, University of Chicago: A professor says that younger Americans are losing their sense of humor. Year 2022, buzzfeed: Marlon Wayans, screenwriter of ‘Two blondes with chest hair’, says that younger Americans no longer have a sense of humor. More than a hundred years have passed, but one thing has not changed: the belief that comedy is done with you, the pinnacle of laughter, and you can’t laugh at anything anymore. At a time when there is probably more humorous content than ever, this is a risky statement to say the least.

As if he were a martyr, Wayans has said that films like ‘Two Blondes with Hair on Chest’ they seem “necessary” to him because people need to laugh. In a world where we have ‘The Eric Andre Show’, ‘Key & Peele’, ‘I think you should leave’, ‘How to with John Wilson’, The Lonely Island or ‘On cinema at the cinema’, put What example of true comedy its movieslike ‘Dance movie: spread out on the dance floor’, seems like a desperate exercise in trying to gain notoriety.

I don’t know what planet we’re on where you think people don’t need to laugh and people need to be censored and cancelled. If a joke is going to cancel me, thanks for doing me that favor. It’s sad that society is at this point where we can’t laugh anymore. I’m not going to listen to this damn generation. 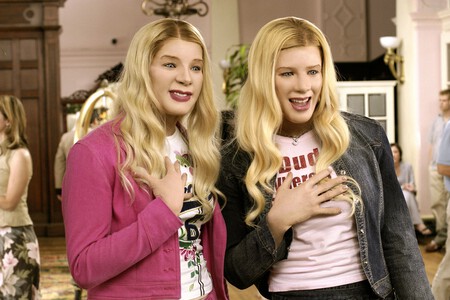 You may agree more or less (although if you really agree I would advise you to take a look at the real state of comedy today rather than at your prejudices), but what is clear is that Wayans, at fifty, already sounds like a cantankerous grandpa. And it is not the only one: the speech “The generation that comes after mine doesn’t know how to laugh” It’s been with us for a long time, long before the word “woke” became popular!

A century of laughing badly

“People they no longer smile like the previous generation did. I find the same condition everywhere: in cafes, at the theater, in books, and at home.” This may sound like it was said by a modern-day comedian complaining about Gen Z, but it’s a quote from Louis Latzarus, a 1930 author who he couldn’t bear to see how his generation had been the last really good one. The only one who laughed at everything. I don’t know if it sounds familiar to you. 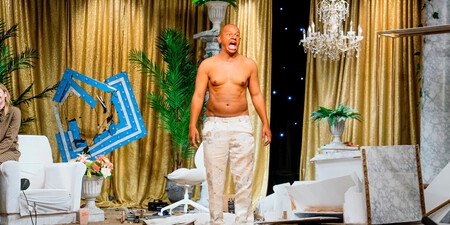 All this has happened and will happen again. Marlon Wayans can complain all he wants, just like millennials and -when it comes- Generation Z will complain that those who come after don’t know how to laugh at everything like we did. Wayans, in this line, continues with his martyr speech entering into a paradox: I feel censored, but full wherever I go. A bit like Lisa Kudrow’s character in ‘Fuck 2020’.

I’m going to keep telling my jokes the way I tell them. And if you want to make money, jump on it. And if not, I’ll find a way to do it myself. I know my audience. My audience comes to my shows every weekend and they leave feeling good and laughing.

never listened to anyone defend ‘Two blondes with chest hair’ with such passionthe truth.

Old man yelling at a cloud

“Readers accused me of being biased because I included in the cartoons Nubian slaves, a Jewish merchant and an Irishman. Now you can only draw rich, white Protestants.” Hal Foster, the creator of “Prince Valiant,” also realized that generations after his own had become too sensitive. In 1962.

We can put addendums: “Now it is worse than ever”, some will say. “Before there was no woke dictatorship,” others will comment. The only certainty is that, at the same time that comedies are cornered by Hollywood like cancer for the box office, humor is more present than ever in everyone’s life. The stand-up comedians of all life say what they want, but others who once did not have a voice have been given a voice: people like Hannah Gadsby, Ali Wong, Billy Eichner or Margaret Cho make people laugh on stage while The Internet opens the doors to a much wilder humor than the one Marlon Wayans ever dreamed of doing. 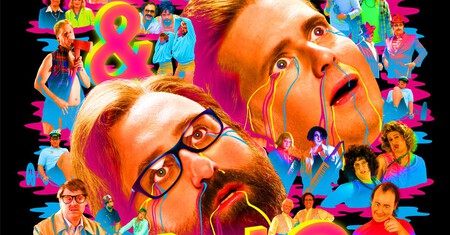 Eric Andre, Tim and Eric, Tig Notaro or Nathan Fielder are just some of the names that are stretching comedy to unsuspected limits. Staying on the surface of “Oh, nobody laughs anymore” is not only absurd: it denotes a lack of humility and a worrying disconnection with reality. the public is laughing their ass off at a video of a penguin being pawned because there is always room for humor. Because, like society (and with society), it changes. The mantra/tantrum that makes you believe that laughter is already extinct is to refuse to accept that change that, whether you like it or not, has arrived.

Oh yes: ‘Two blondes with chest hair’ it was never funny. Not because of what it represents or because it is offensive, but because nor at the time was it the success that Marlon seems to remember.

The examples of the lack of humor throughout a century I have taken from this fabulous thread.