For the first time since the beginning of the franchise, the new The Dark Pictures will not be released before, but after Halloween. Supermassive Games and Bandai Namco Games still wanted to celebrate this horrific holiday with an unreleased trailer of The Devil in Mefourth episode of the anthology saga, the last of the first season.

Still so scary this trailer lingers on Granthem Du’Metlikely serial killer who prowls in the mansion of HH Holmesother serial killer investigated by a group of journalists. It’s a safe bet that the real identity of the character will be at the center of the plot.

The jaws of the trap are about to close on the members of the Lonnit Entertainment film crew. Attracted by the promise of an extraordinary setting for their documentary on HH Holmes, considered the first serial killer in the United States, they are now watched by Granthem Du’Met, who has a most exquisite death in store for them! The smallest crack, the smallest mirror or the smallest table can hide a camera thanks to which their host can track them and choose the ideal moment to strike. A terrible fate awaits its innocent victims!

Do you feel like you are being watched? It’s normal… and it’s not just an impression! 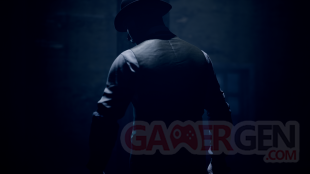 The release date of The Dark Pictures: The Devil in Me is still set for November 18 on PC, PS4, Xbox One, PS5 and Xbox Series X|S, and you can pre-order your copy from €39.99 on Amazon.co.uk.