On the menu of exchanges, the creation of a high-level consultation framework between the State and the private sector to facilitate the supply of the country with agricultural inputs and basic necessities.

At the start of his remarks, the Acting Head of Government paid, on behalf of the President of the Transition, HE Colonel Assimi Goïta and on behalf of the Government, a vibrant tribute to the Malian private sector. Indeed, when our country was illegally and unfairly sanctioned, “the actors of the private sector chose to unite with our resolutely standing people, for the defense of their sovereignty by ensuring the supply of the country in basic necessities. » 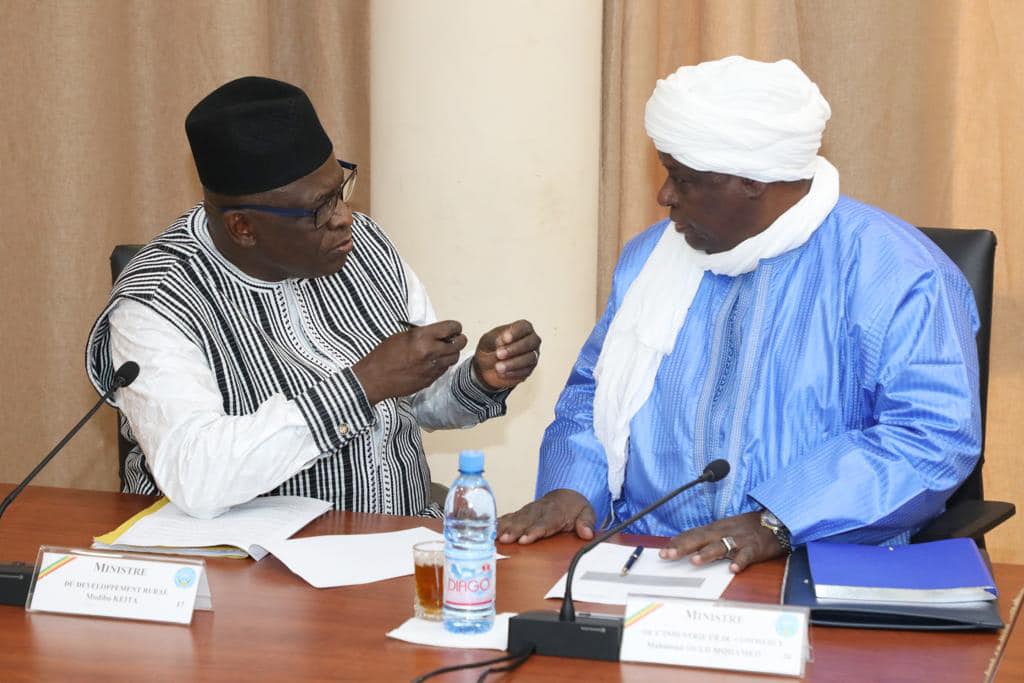 Colonel Maïga informed his hosts that an inter-ministerial commission has just been set up with three objectives:
− fight against rising prices;
− facilitate the supply of basic necessities;
− ensure the country’s supply of agricultural inputs.

After having worked on the question, continued the Acting Prime Minister, the members of the commission wanted the creation of a consultation framework with the private sector.
The vice-president of the National Council of Malian Employers, Mr. Sidi Dagnoko welcomed this initiative of the Government, imitated in this by the other speakers.
All participants were invited to enrich the proposed document, with a view to its validation on November 1st.

The objective will say the Acting Prime Minister, is to agree on the ways and means to be implemented to meet the challenges facing our country. The task is not easy, concluded Colonel Abdoulaye Maïga, given the context and the international situation, but it is within our reach.