We can say that 2022 has been a complicated year for Netflix, and its new plans to stop sharing accounts are not sitting too well with users. It seems that the platform is trying to scratch where it can, and not even anime is safe.

Despite the fact that for now the anime series and movies have been safe from the brutal cancellations of Netflix and that they were also the original contents that were working the most on the platform, they have not been spared from a future hack either.

Cutting where you can

As reported since Toyokeizai Online with an article focused on Netflix Japan, the company has already started to make certain changes to its anime productions. The situation is being somewhat frustrating for the anime studios that work for the platform, since fewer and fewer projects are being approved and their duration is also being closely watched.

Although in the past we have had quite a few original series with very good quality such as ‘Cyberpunk: Edgerunners’, ‘Tekken: Bloodline’, or ‘Vampire in the Garden’, Netflix is ​​betting internally on movies anime instead of series.

“An executive from another anime production company told us that not only has the number of greenlit projects decreased, but there are cases where projects that were about to start suddenly stop, like this that the impact is very serious”, they report from Toyokeizai Online. “Several people involved in anime production have told us similar stories, and Netflix is ​​expected to reduce the number of productions in Japan starting in 2022.”

“These decisions coincide with the time when subscriber numbers started to drop. So the common belief is that the company is cutting back on anime to cut costs.”

This Doesn’t mean Netflix is ​​going to stop licensing Japanese anime for international broadcast, as it has been doing with ‘JoJo’s Bizarre Adventure’ or ‘Blue Period’, for example. But yes, from now on I would bet much less on self-produced series, and that the original anime projects that we see from now on would be mostly movies. 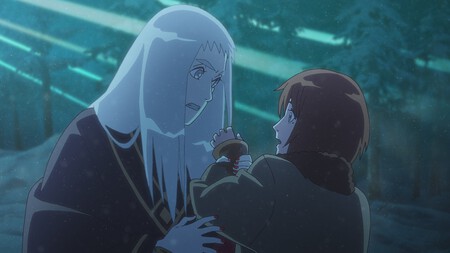 It’s a shame because many interesting series and movies have come out of the platform and the anime catalog is one of its strengths and that also distinguishes it from its competitors. If they end up taking it ahead, it may not end up being a good idea despite the expenses that can be cut.