The maneuvering warheads with which the Sarmat intercontinental ballistic missile is equipped are the most modern in the world. This was announced by the Director General of the State Missile Center. V.P. Makeeva Vladimir Degtyar. According to him, “Sarmat” has complete invulnerability to enemy missile defense systems. He also noted the record firing range and the highest accuracy of this ICBM. Analysts call the “Sarmat” a retaliatory weapon, which, after being put on combat duty, will become the main factor in nuclear deterrence.

The maneuvering warheads of the intercontinental ballistic missile (ICBM) RS-28 “Sarmat” are the most modern in the world. This was announced by the Director General of the State Missile Center. V.P. Makeeva Vladimir Degtyar.

Sarmat is equipped with the most modern maneuvering warheads, ”he said in an interview with Then24.

Degtyar also noted the unsurpassed speed of the Sarmat, the record-breaking range and the highest firing accuracy with complete invulnerability while overcoming the enemy’s anti-missile defense system.

In addition, according to the general director of the missile center, “Sarmat” will be able to complete the task under any conditions.

“According to its current limiting characteristics, the rocket will leave the mine under any conditions and is guaranteed to fulfill its task, no matter what – such high reliability is inherent in this missile system,” said Degtyar.

Separately, the head of the enterprise emphasized that the Sarmat is a new generation missile and today has no analogues in the world.

“That is why it has already been dubbed the “engineering miracle” and the “crown of rocket technology,” he explained.

According to Vladimir Degtyar, Sarmat will be able to ensure the security of Russia from external threats for 40-50 years.

“In today’s difficult geopolitical conditions, this is our reliable shield, the main factor in nuclear deterrence and a guarantee of peace,” said Degtyar.

The Sarmat missile will replace the Voevoda complex, which has been in service since the late 1980s. In June 2022, during a meeting with graduates of higher military educational institutions, Russian President Vladimir Putin announced that the first Sarmats would take up combat duty at the end of this year.

Recall that the Sarmat belongs to the class of heavy liquid-propellant strategic missiles. The developers do not disclose the technical characteristics of the rocket, however, according to experts, the total mass of the product is about 200 tons, while it can carry a multiple reentry vehicle weighing up to 10 tons.

“The fate of the whole world depends on it”: what are the prospects for a dialogue between Russia and the United States on a new arms control system

According to media reports, the RS-28 can be equipped with 10-15 charges capable of striking the enemy from any geographical direction, including from the South Pole.

In addition, the Sarmat can be used as a carrier of the latest Avangard hypersonic winged unit, the maximum speed of which reaches Mach 28 (about 34,000 km/h). This unit is able to fly in dense layers of the atmosphere and at the same time carry out deep maneuvering.

According to the developer, serial production of Sarmat will be launched at the Krasnoyarsk Machine-Building Plant.

As Vladimir Degtyar noted, the development of the RS-28 was entrusted to the State Missile Center (GRC) named after. Makeev due to the experience gained by the enterprise during the creation of three generations of missile systems, eight base missiles and their 16 upgraded versions. All of them, the head of the SRC noted, have been the basis of our country’s naval strategic nuclear forces for decades.

More than 100 Russian enterprises, led by the SRC, took part in the creation of Sarmat. At the same time, only Russian components are used in ICBMs, the head of the enterprise specified.

“When creating the complex, only domestic components, components, and parts were used. At the same time, the maximum achievable requirements for advanced missile systems are being implemented, based on the novelty of design and technical solutions,” Degtyar explained.

According to him, the design of the rocket is assembled and created from aluminum-magnesium alloys, which are reliable, lightweight and able to withstand high loads.

The first launch of Sarmat was carried out on April 20, 2022 from the Plesetsk cosmodrome in the Arkhangelsk region. The tests were considered successful – all the calculated characteristics of the rocket were confirmed. Russian President Vladimir Putin congratulated the military on successful tests and thanked everyone who took part in the development and creation of the complex. 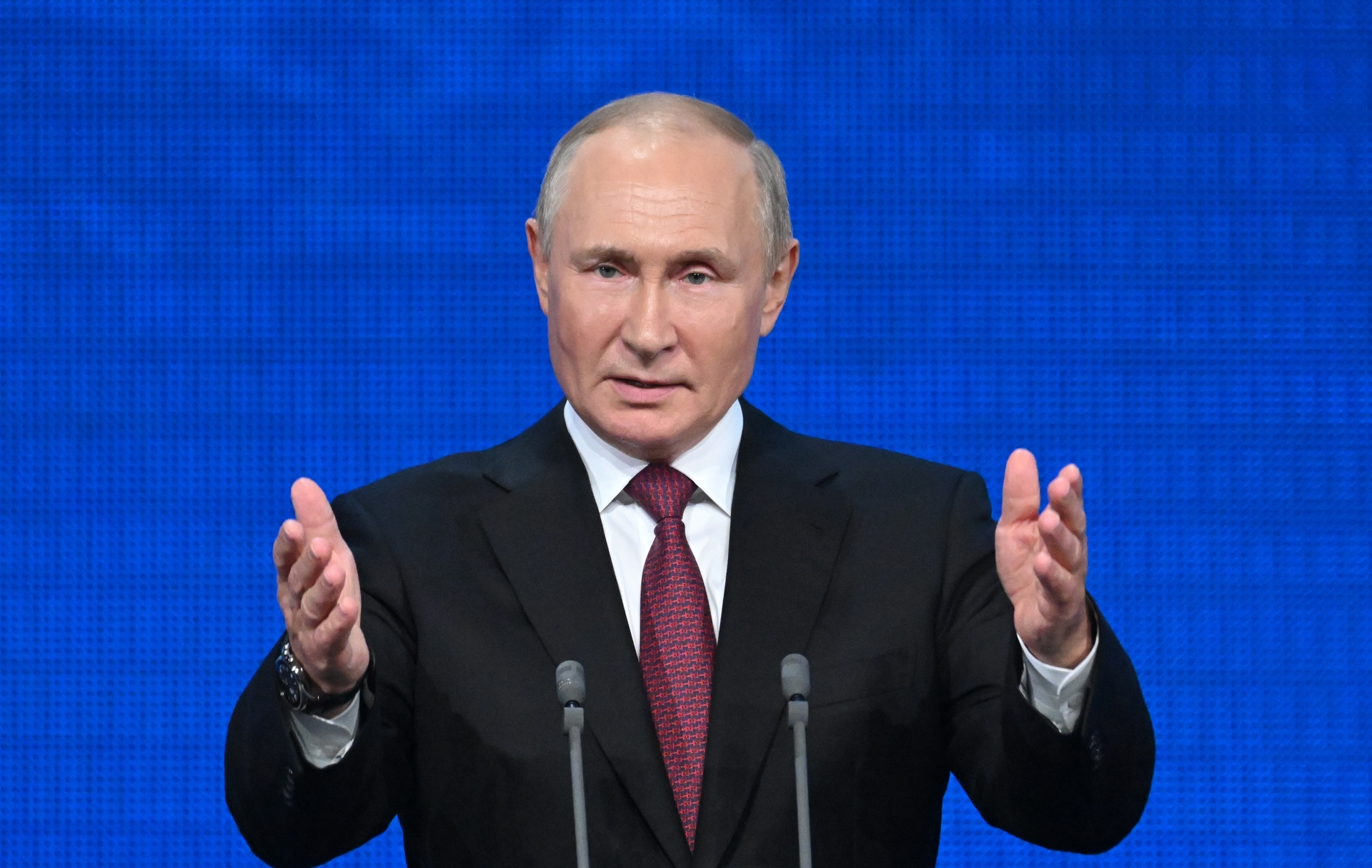 “This is a big, significant event in the development of promising weapons systems for the Russian army,” the head of state said.

Putin noted that “Sarmat” has the highest tactical and technical characteristics and is able to overcome all modern missile defense systems.

“There are no analogues to him in the world and will not be for a long time. This truly unique weapon will strengthen the combat potential of our Armed Forces, reliably ensure the security of Russia from external threats, and make those who, in the heat of frenzied, aggressive rhetoric, try to threaten our country, think.

In turn, the Ministry of Defense noted that the Sarmat complex is the most powerful missile with the world’s largest range of targets, which will significantly increase the combat power of Russia’s strategic nuclear forces.

In August this year, at the Army-2022 forum, the Ministry of Defense signed a contract for the supply of Sarmats to the troops.

According to military expert Yuri Knutov, the Sarmat is a unique missile.

“Its main advantage is high starting speed. When a rocket exits the mine, it immediately picks up tremendous speed and there is very little time left to intercept it. In addition, the missile is equipped with the most advanced means of overcoming missile defense. An important factor is also the ability to carry Avangard hypersonic units, which move like a fireball, resembling a meteor. Today, there are no means that are capable of intercepting them, ”the analyst said in an interview with RT. 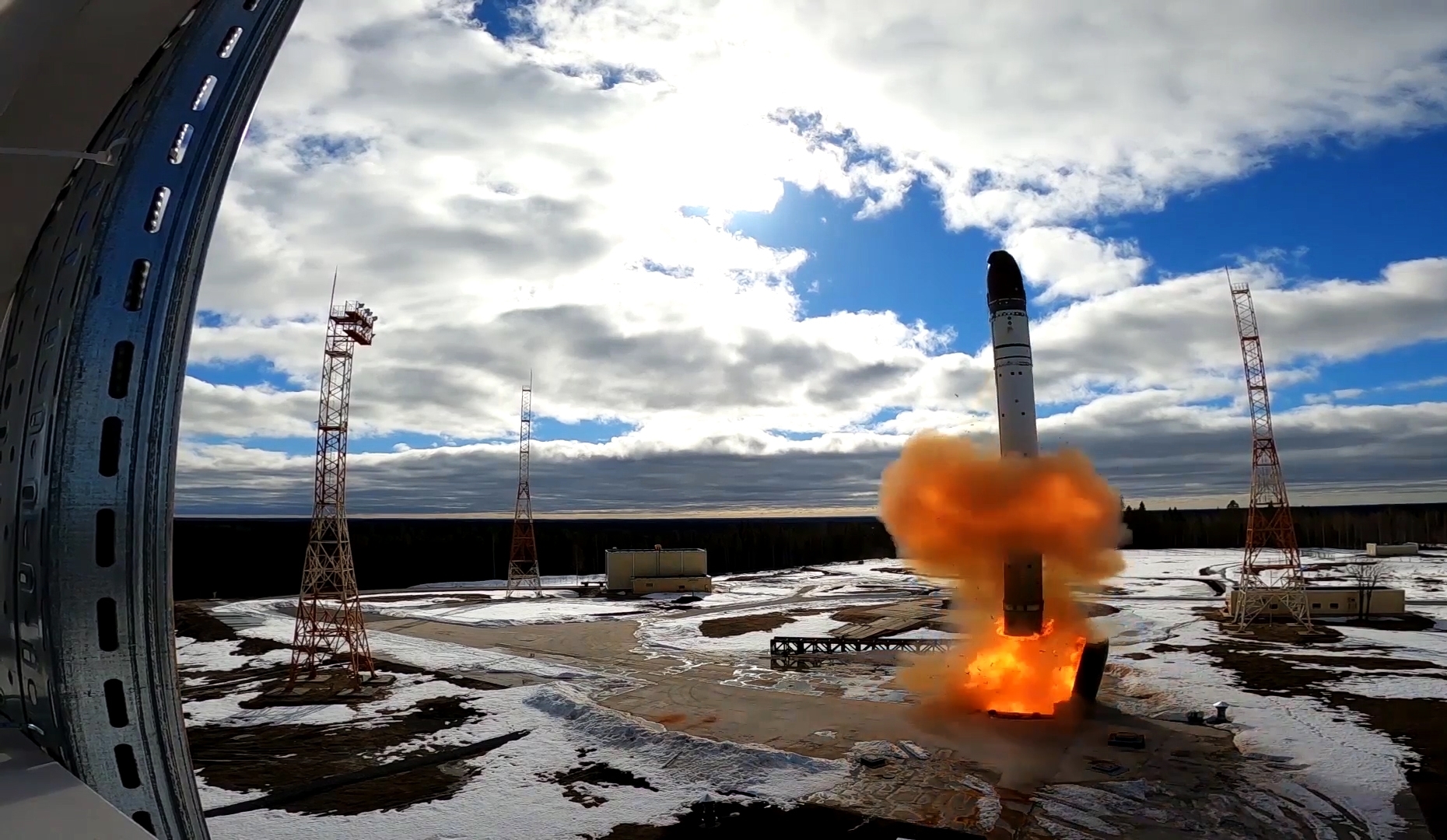 In turn, Alexei Podberezkin, director of the Center for Military-Political Research, noted that Sarmat has no analogues in the world in terms of a number of indicators that are critical for intercontinental ballistic missiles. 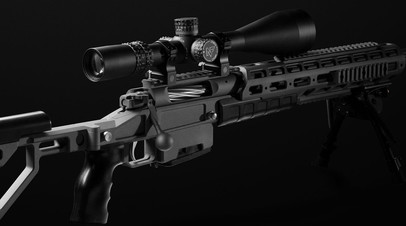 Long-range weapons: what sniper rifles are being developed in Russia

The newest Russian sniper rifle ORSIS-CT20 chambered in .375 caliber for the first time in the world hit a target at a distance of 5117 m, the…

“Firstly, the range of the Sarmat allows it to fly in almost any direction. If the flight of the previous missiles could be predicted, which means that there was a chance of shooting them down, then the course of the Sarmat is almost impossible to predict. She can fly even through the North Pole, even through the South. Secondly, the launch is much faster than that of previous heavy rockets, which is critically important, since it is during the launch that a huge amount of energy is released that can be detected from space, ”the expert explained in a RT comment.

ICBM “Sarmat” is “a means of one hundred percent destruction, which is a weapon of retaliation,” Knutov added.

“If the command post is destroyed, then it is considered that the rocket can no longer be launched. But, in fact, there is a Perimeter system that allows you to launch a rocket even in such critical conditions. If the strike is on the missile silo itself, then for this there is a system for protecting the silos from enemy nuclear warheads. It is so powerful and serious that it is able to intercept them directly when approaching the launchers. As a result, the rocket will not suffer and will be able to launch from the mine, ”the expert said.

Experts note that the presence of such weapons in Russia is especially important now, when the confrontation with the West has escalated. Putting the Sarmat on alert will have a deterrent for Washington, analysts say.

“This is important because the enemy understands that unacceptable damage may be inflicted on him. Regardless of the development of hostilities. Even if only one “Sarmat” remains, the launch of its high-yield warhead will lead to the destruction, for example, of the entire east coast of the United States – this is about 50% of the country’s population. Therefore, thanks to Sarmat, we always have a convincing argument, ”concluded Alexei Podberyozkin.