Juan has tested positive: his legal situation is complicated. The Rotterdam District Prosecutor’s Office has made public the results of the additional blood tests to which Juan was subjected: the driver of El Mosca, investigated for the multiple running over of those attending the Kom Ice Club barbecue where seven died people. Mark van der Wel, press officer of the Prosecutor’s Office, has issued a statement stating that the driver “I had cocaine in my blood”.

The toxicological examination was carried out on August 29 and the Prosecutor’s Office explains that the results indicate that found “an indication of the presence of a concentration of cocaine and a conversion product in the suspect’s blood. That product is the substance that the body forms when, for example, a medicine or a drug is broken down.”

The driver of the truck is a 45-year-old resident of the Murcian town of Caravaca de la Cruz, who returned to his town on September 10, after having spent two weeks in a prison in the Netherlands. The day after returning to his house, Juan, in statements to EL ESPAÑOL, claimed he suffered an epileptic seizure before losing control of his refrigerator truck and crashing into a dike where a barbecue was taking place in the Dutch village of Zuidzijde.

Such a hypothesis is not ruled out. In fact, Mark van der Wel, press officer of the Rotterdam Public Prosecutor’s Office, corroborates that “the question of whether the suspect had an epileptic seizure is currently being investigated.” However, the result of the blood tests adds another hypothesis that is now also being investigated to elucidate whether the multiple hit-and-run could have been caused by the driver because he was supposedly driving under the influence of coca.

“We found something in his blood test that looks like the use of cocaine, but it needs additional investigation,” as Mark van der Wel explains to EL ESPAÑOL. “was not under strong influence during the accident, otherwise the first test [de sangre] would have shown it. What we are now investigating is those remains and what that means when you drive a vehicle.”

The Prosecutor’s Office is focused on clarifying whether this positive affected his powers at the wheel. “If the traces of cocaine affected his behavior on the road, he can be prosecuted for driving under the influence of drugs. But that depends on the further investigation of the blood tests,” insists the press officer of the Public Ministry.

The positive for ‘coca’ has been made public after the Court of Appeal of The Hague dismissed the appeal of the Rotterdam Prosecutor’s Office against the lifting of preventive detention on Juan. The driver of El Mosca did not attend that hearing, his lawyer did, obtaining one of lime and another of sand because the driver from Caravaca should not return to a prison in the Netherlands, but the precautionary measures have been tightened.

In fact, The Court of Appeal of The Hague has notified the Public Prosecutor in Spain the car where he sets out the following conditions that Juan must meet while he remains free:

1. That the accused, if sentenced to a prison other than the alternative for the crime for which preventive detention has been ordered, will not evade the execution of the same.

2. That the suspect will comply with any subpoena in this case, either from the judiciary or the police, and will be present during the substantive hearing.

3. That the suspect will not commit a criminal offense during the suspension.

4. That the suspect will notify the Public Prosecutor in Spain and the Netherlands in advance of any change of address.

6. For the purposes of establishing his identity, the suspect cooperates in taking one or more fingerprints or presents an identity document referred to in article 1 of the Compulsory Identification Law for inspection.

7. That the suspect will not drive motorized/electric vehicles.

8. That the suspect will, if necessary, cooperate with a parole report and examination, treatment, or (behavioral) supervision, if so decided. 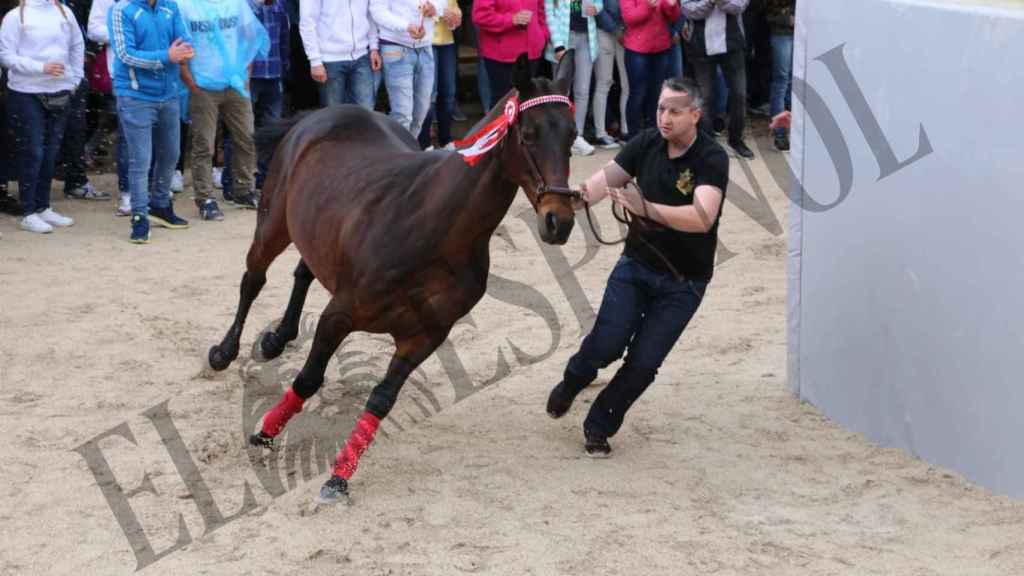 Juan CS, on May 1, 2018, during the presentation of his rock’s horse in the Plaza de El Hoyo in Caravaca de la Cruz.

for now, the judicial investigation continues with the aim of clarifying the two possible causes of the multiple hit: if Juan suffered an epileptic attack before ending the lives of seven people or if Juan lost control of his truck due to the alleged consumption of cocaine. When the judicial investigation concludes and the royal hearing is set, this driver, a devotee of Vera Cruz and the Festival of the Horses of the Wine of Caravaca de la Cruz, will have to travel to the Netherlands.

“If he doesn’t come to Rotterdam when the case is in court, he will be forced to come. We can arrest him with a European warrant. But we believe that he is a wise man and he will come to court when the trial is planned, “says Mark van der Wel, press officer of the Public Prosecutor’s Office.

From El Mosca, an expert company in the transport of goods by land, sea and air, located in Molina de Segura, they did not want to pronounce about the results of your driver’s blood test.