Since the resounding retirement of the Concorde, we have not returned to travel on commercial flights to supersonic speeds. However, several companies have begun to work on trying to surpass the experience offered by the iconic aircraft manufactured in Europe.

Boom Technology with its Overture aircraft had begun to consolidate itself as one of the most promising proposals, even receiving orders from United and American Airlines, but the project is now endangered due to lack of engines.

Until a few weeks ago, everything seemed to indicate that the Overture was going to have a propulsion system with Rolls-Royce technology. In 2020, Boom had signed a commitment agreement with the world’s second largest engine manufacturer.

The plan, which consisted of carrying out studies to identify what type of engine could power Boom’s supersonic plane, came to an unexpected end in early September when Rolls-Royce withdrew from the project due to lack of interest.

“After careful consideration, Rolls-Royce has determined that the commercial aviation supersonic market is not currently a priority for us and therefore will not continue to work on the program,” the company said.

Following the coup, Boom got back on his feet and asserted that Rolls’ proposed engine design and legacy business model were not the best fit for the Oventure. Recall that Rolls-Royce was responsible for the Concorde’s Olympus 593 engines.

Thus, the American company gave a message of calm by assuring that it would announce a new partner for the development of the propulsion system for its supersonic aircraft. However, according to FlightGlobal, the negotiations are not going well.

According to the specialized site, Pratt & Whitney, GE Aviation, Honeywell and Safran Aircraft Engines they are not interested in commercial supersonic aviation. This translates into a complex scenario for Boom, because there are not many manufacturers capable of getting involved in a project of these characteristics. 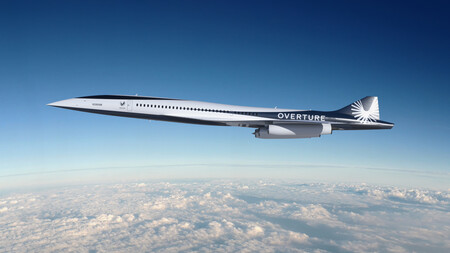 Honeywell, Safron and GE completely rejected the idea of ​​developing supersonic engines. Pratt & Whitney said this business niche would be “tangential” for them. Pratt & Whitney, for its part, was concerned about the efficiency of these planes.

In relation to this last point, Boom has promised that the Oventure will run on sustainable aviation fuel (SAF), which has begun to be tested in some air vehicles, but has not yet been widely adopted.

Despite the dark outlook, the American company is confident and continues to sign agreements with other suppliers, such as Safran Landing Systems, to develop parts such as the braking system and landing gear for its supersonic aircraft.

Also, it ensures that later this fall will reveal its new engine partner, an announcement that will be accompanied by “a new transformative economic model for Overture.” And, to warm up engines, it has updated its board of advisors.

Ric Parker, the former chief technology officer of Rolls-Royce and chairman of the Singapore Aerospace Program, has joined the company to “help Boom shape the future of sustainable supersonic air travel.” It remains to be seen what will happen.

In Xataka | Boom redesigns his supersonic plane: “it’s as if the Concorde and the 747 had a baby”