Twice a year, the sun does not choose favorites. Everyone on Earth is seemingly on an equal footing – at least when it comes to the amount of light and dark they receive.

We have entered our second and final equinox of 2022. Those who live in the Northern Hemisphere know it as the autumnal equinox. For people south of the equator, this equinox actually marks the arrival of spring.

Your location on the globe also determines whether this year the day is Thursday 22 September or Friday 23 September. People in the Americas will celebrate it on Thursday; time zone differences mean that people in Africa, Europe – including Portugal – and Asia will mark it on their Friday.

People really close to the equator have about 12-hour days and about 12-hour nights all year round, so they won’t really notice anything. But hardy people near the poles, in places like Alaska and the northern parts of Canada and Scandinavia, experience wild shifts in the day/night relationship every year. They have long, dark winters and then summers where the night barely intrudes.

But during the equinoxes, everyone from pole to pole can enjoy a 12-hour split between day and night. Well, there’s just one thing – it’s not as perfectly “equal” as you might think.

There’s a good explanation (THE SCIENCE!) why you don’t get precisely 12 hours of daylight at the equinox. More on that below.

But first, here are the answers to your burning questions about the equinox:

Where does the word “equinox” come from?

The term equinox comes from the Latin word equinoxium, which means “equality between day and night”.

Precisely when does the autumnal equinox occur?

The exact time depends on who asks. The equinox will arrive at 1:03 UTC (Coordinated Universal Time) on Friday, September 23, according to NASA and TimeandDate.com. However, it will be at 1:04 UTC according to the Royal Greenwich Museums and the US National Weather Service.

For people in places like Toronto and Washington, it will be at 9:03 pm local time. Arrives at 20:03 in Mexico City and Chicago. In West America, in San Diego and Vancouver, that means it arrives at 18:03.

But on this side of the Atlantic Ocean, the time change puts us on Friday. For residents of Madrid, Berlin and Cairo, it arrives at 3:03 am on Friday. Moving further east, Dubai marks the exact event at 5:03 am.

For Bangkok residents, it will be 8:03 while Tokyo arrives at 10:03. You can see more cities here (rounded to the minute and adjusted for daylight saving time).

Is the autumnal equinox the first official day of autumn?

But there are actually two measurements of the seasons: the “astronomical seasons” (which follow the arrival of the equinoxes and solstices) and what are called the “weather stations”.

“Astronomical autumn is essentially the period of time from the autumnal equinox to the winter solstice. These dates can vary from one to two days a year”, he says.

“Autumn weather is different… in that the dates never change and are based on weather seasons rather than the Earth’s angle to the Sun. These are perhaps the stations most people are familiar with,” says Chinchar.

The weather stations in Portugal are defined as follows: from March 20 to June 21 is spring; June 21 to September 23 is summer; September 23 to December 21 is autumn; December 21st to March 20th is winter.

“This makes some dates tricky,” says Chinchar. “For example, on December 10, most people would consider winter, but if you’re using the astronomical calendar, technically that’s still considered autumn because it’s before the winter solstice.”

According to her, “meteorologists and climatologists prefer to use the ‘weather calendar’ because not only do the dates not change – making it easy to remember – but also because it aligns more with what people think of traditional seasons”.

Good, but why does the autumnal equinox happen?

The Earth rotates along an imaginary line from the North Pole to the South Pole. It’s called the axis, and this rotation is what gives us day and night.

However, the axis tilts at 23.5 degrees, as NASA explains. This positions one hemisphere of the planet to get more sunlight than the other half a year of orbit around the sun. This discrepancy in sunlight is what triggers the seasons.

The effect is at its maximum in late June and late December. These are the solstices, and they have the most extreme differences between day and night, especially near the poles. (That’s why there’s light for so long every day during the summer in places like Scandinavia or Alaska.)

But since the summer solstice three months ago in June, you have noticed that our days have been getting progressively shorter in the Northern Hemisphere and the nights longer. And now here we are at the autumnal equinox!

What did our ancestors know about this?

Long before the age of clocks, satellites and modern technology, our ancestors knew a lot about the sun’s movement across the sky – enough to build massive monuments and temples that, among other purposes, served as gigantic calendars to mark the seasons. .

Here are just a few of the locations associated with the equinox and the annual passage of the sun: 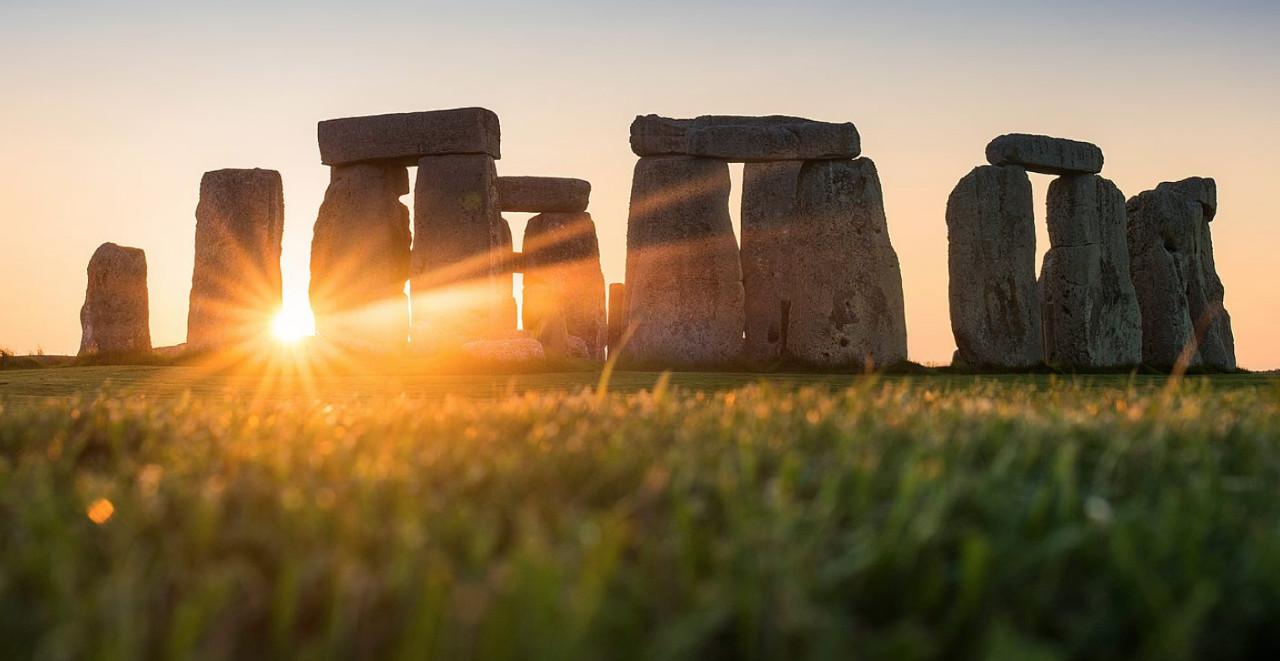 – Stonehenge (United Kingdom): Many mysteries remain about these giant stones, but we know that they were designed to mark the annual passage of the sun. Although lined up to highlight the summer and winter solstices, Stonehenge also attracts attention at this time of year.

– Malta’s Megalithic Temples: these seven temples on the mediterranean island are some of the oldest stone buildings in the world, dating back to 5,000 to 6,000 years ago. In the temples of Hagar Qim and Mnajdra, the semicircular chambers are aligned so that the sun rising over an equinox is framed between the stones.

– Chichén Itzá (Yucatan Peninsula, Mexico): El Castillo, the famous pyramid of Chichén Itzá, allows to see an impressive spectacle in the equinoxes. Built by the Toltec-Maya people between 1050 and 1300, the pyramid was built to cast a shadow during the equinoxes on the northern balustrade of El Castillo. It looks like the shape of a serpent slithering down the stairs, the former special effect being accentuated by the carved beast heads at the base.

– Jantar Mantar (New Delhi, India): Much more recent in origin (1724 and 1730), these buildings from the late Mughal period are astronomical observatories.

What are some of the festivals, myths and rituals still among us?

All over the world, the autumnal equinox has wove its way into our cultures and traditions.

In Greek mythology, the autumnal equinox marks the return of the goddess Persephone to the underworld for three months, where she is reunited with her husband, Hades.

The Chinese and Vietnamese still celebrate the Harvest Moon. Lanterns line the streets as people give thanks, watch the moon and eat. Round pastries called “moon cakes” are a Mid-Autumn Festival favorite. It is held on the 15th day of the eighth lunar month of the Chinese calendar. In 2022, it happened on the 10th of September.

In Japan, Autumnal Equinox Day is a national holiday. In Japanese, it is known as Shubun no Hi (秋分の日), according to the Japanese Academy of Coto. The celebration’s roots are thought to go back to Shinto and Buddhism.

Are the Northern Lights really more active at the equinoxes?

Yes – they often put on a bigger show at this time of year.

It turns out that the autumn and spring equinoxes normally coincide with the peak of activity of the aurora borealis.

These beautiful and fascinating geomagnetic storms tend to be most active in March and April and then again in September and October, according to 75 years of historical records analyzed by solar physicist David Hathaway of the Marshall Space Center in Huntsville, Alabama.

So why isn’t the equinox exactly the same?

It turns out that at the equinox you get a little more daylight than darkness, depending on where you are on the planet. How does this happen? The answer is a little complicated but fascinating.

As the US National Weather Service explains, “nearly” equal hours of day and night happen due to the complex way a sunrise is measured and the refraction of sunlight in our atmosphere.

This “bending” of light rays causes the sun to appear above the horizon when the sun’s actual position is below the horizon. The day is a little longer at higher latitudes than at the equator because the sun takes longer to rise and set closer to the poles.

So, at the autumnal equinox, the length of the day varies a little, depending on where you are. Here are some examples to give you a rough idea:

– At or near the equator: about 12 hours and 6 minutes (Quito, Ecuador; Nairobi, Kenya; and Singapore)

– At 30 degrees north latitude or near 30 degrees: about 12 hours and 8 minutes (New Orleans, Louisiana; Cairo, Egypt; and Shanghai, China)

– At about 60 degrees north latitude or close: about 12 hours and 16 minutes (Helsinki, Finland, and Anchorage, Alaska)

For truly equal day/night division, one must wait days or even weeks after the official equinox. This day is called equilux, and knowing when it occurs depends on the latitude where you are.