These days the attention of the followers of Tolkien focuses on ‘The Lord of the Rings: The Rings of Power’, but before the Amazon Prime Video series it was the trilogy directed by Peter Jackson the one that shot up the popularity of the Middle-earth universe. That did not mean that he was free from criticism at the time, and if a few days ago I told you why I thought he had been right to change the ending of ‘The Lord of the Rings’, now it’s time to talk about the character of Tom Bombadil.

Those who have not read the literary original probably do not even know who I am referring to when I say the name of Tom Bombadil, but it is about one of the most beloved characters created by Tolkien and many fans of ‘The Lord of the Rings’ cried out in heaven when they did not see him on screen during ‘The Fellowship of the Ring’. That’s how he explained Jackson his absence:

The ‘Lord of the Rings’ story in our film in its simplest form is Frodo wearing the ring, at the end he has to go to Mordor and destroy it. What does Tom Bombadil really have to do with the ring? I know there are things about the ring in the Bombadil episode, but it doesn’t move the story forward, it doesn’t tell us things that we need to know.

Of course, the film was prepared in such a way that you can think that they have visited Tom Bombadil without that appearing on the scene, but of course, that was not enough for many. Perhaps in part because he is the only character immune to the ring’s corrupting power -and he didn’t turn invisible when he put it on-, so in the novel it was even proposed to give it to him during the Council of Elrondruling out because they did not believe that this enigmatic and cheerful character would watch him carefully.

In this way, Jackson managed to lighten the already bulky footage of ‘The Fellowship of the Ring’ a bit, since it gave the appearance of Bombadil a minimal entity It would have easily required 15 or 20 extra minutes of footageall this for others never being able to make it clear who he was beyond the fact that he has always been present during the history of Middle-earth, so that, technically, he could appear in ‘The rings of power’. 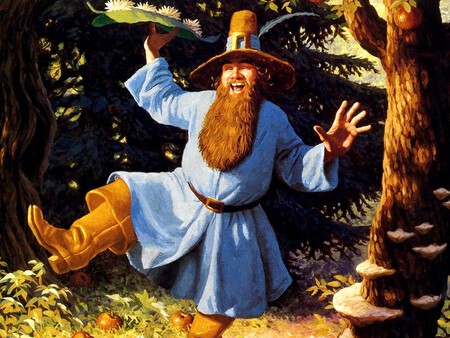 In return, the elimination of Bombadil resulted in the Council of Elrond being nothing more than a formality to determine who was chosen to bear the weight of the ring on the hard journey to Mount Doom. An unimportant problem in my opinion, since including Bombadil would have ruined the rhythm of the film to end up at the same point in which they would have been before meeting him.

All in all, jackson seriously considered including a direct nod to Bombadilbut ended up discarding it due to lack of time “What we were considering, and it was really for the fans, was to have the hobbits stroll through the Old Forest and see a plumed cap come through the trees, hear the sound of Tom Bombadil’s voice singing and have the hobbits turn and run away. as fast as they could. We thought that would acknowledge Tom Bombadil in a playful, loving way. we didn’t have time to do itIt wasn’t a bad idea, but it’s fair to say that the little problem with the Council of Elrond would still be there then.