“If our territorial integrity is threatened, we will use all means at our disposal to protect Russia and our people.” Russian President Vladimir Putin once again used the nuclear threat card against the West on Wednesday. He did so during an unprecedented televised speech in which he announced the mobilization of 300,000 reservists and the approval of the holding of four referendums on annexation to Russia in the Ukrainian regions of Lugansk, Donetsk, Kherson and Zaporizhia. “It’s not a lantern“, he assured after communicating a war escalation in Ukraine that has been interpreted as a sign of weakness and desperation.

Faced with these warnings, which Putin has been evoking since February -although less explicitly-, the ukrainian authorities have asked world leaders to make it clear to the Kremlin that any attempted nuclear attack would have catastrophic consequences.

The President of Ukraine himself, Volodymyr Zelenskycalled on the rest of the world on Wednesday for a punishment for Moscow during his speech before the UN General Assembly, which this week brought together the world’s leading heads of state and government in New York. “A crime has been committed against Ukraine and we demand a just punishmentZelensky said during his speech by videoconference.

“The other nuclear states must say very firmly that as soon as Russia thinks of carrying out nuclear strikes on foreign territory, in this case the territory of Ukraine, there will be swift retaliatory nuclear strikes to destroy nuclear launch sites in Russia,” he said. Mykhailo PodolyakZelensky’s senior adviser, in an interview reported by Guardian.

Along the same lines, the deputy prime minister in Ukraine, Iryna Vereshchuk, has indicated that the threats must be taken seriously. “You can’t have someone walking around with a grenade without the security pin threatening everyone just because they can. The West must give Russia an ultimatum and show him what his answer would be,” Vereshchuk explained to the British newspaper.

The NATO secretary general, the Norwegian Jens Stoltenberg, has been one of the first to respond to the Ukrainian requests. He has not only described “dangerous and irresponsible” the nuclear rhetoric of the Russian president, but has warned that there would be “unprecedented consequences for Russia” if it deploys its atomic arsenal in Ukraine.

Although he has not detailed what the organization’s response would be in the event of a nuclear attack, the head of the Atlantic Alliance has explained in an interview with the agency Reuters that “NATO has increased its military presence on the eastern side to remove any room for misunderstanding or miscalculation on Moscow’s part.” 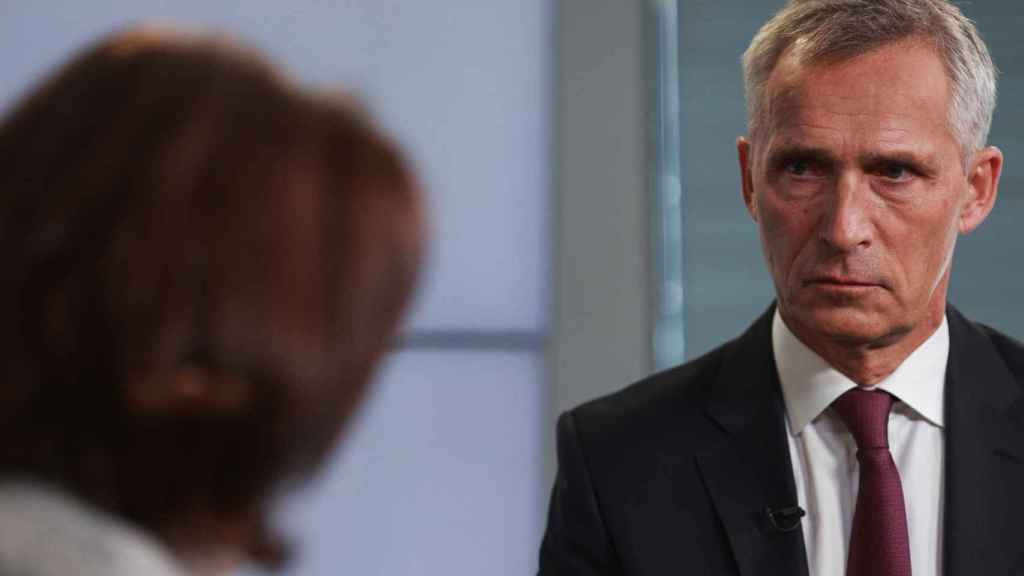 One of the countries that observes with special concern what happens on its borders is Poland, which is bordered to the north by the Russian exclave of Kaliningrad and to the east by Ukraine. Now, faced with a possible escalation of violence by Moscow, the country is preparing to “worst case scenario“, sources from the Polish government have confirmed to ELESPAÑOL.

Warsaw, which at the beginning of September announced that it would increase its defense budget from 2.1% to 3% of the country’s GDP Next year, faced with the danger of a direct confrontation with Moscow, it has now extended its protection measures against a possible nuclear catastrophe.

In a statement, the country’s Interior Ministry announced on Wednesday that it would deliver potassium iodide tablets to its State Fire Service. Despite this, the authorities have appealed for calm.

“The approach must be very calm and consistent, regardless of what the Russian president says in his speech,” Polish President Andrzej Duda said Tuesday from New York, hours before Putin addressed citizens on television to announce a partial mobilization, as I expected.

Likewise, the Polish leader recalled that if the Russian president dared to use nuclear weapons against Ukraine, “it would categorically violate global rules and ensure the complete marginalization of Russia.”

The three Baltic countries, all of them bordering Russia, have responded, albeit cautiously, to the announcement of partial Russian mobilization.

One of the first to react has been Lithuania, which has activated the “maximum alert” level of the Lithuanian Rapid Reaction Force. “Since the Russian military mobilization will also take place in the Kaliningrad region, that is, in our neighborhood, Lithuania cannot just watch,” Defense Minister Arvydas Anusauskas explained on Wednesday.

latviafor its part, has not increased the degree of military threat to the country, where the armed forces are in “high readiness”, according to the agency Eph. “Putin cannot accept the failure of his occupation plan in Ukraine and at the front, so he is willing to escalate the situation with both conventional threats and nuclear blackmail and other elements,” Defense Minister Artis Pabriks said. .

In EstoniaGeneral Veiko-Vello Palm, Deputy Chief of Defense, assured that the partial mobilization of Russia does not pose a direct military threat to the nation. Despite this, the Baltic country is preparing its own package of response measures, although it has not been specified which one, according to Eph.

In this sense, the officials of the three countries have coincided with the Russians who try to cross into the Baltics to try to avoid the call-up they would not be welcome. And it is that, in the former Soviet republics there are mobility restrictions for Russian citizens.