The Russian people begin to react against the speech of Vladimir Putin which has decreed a partial mobilization of 300,000 reservists to intensify its military offensive in the donbas. Under the motto “no to mobilization“Thousands of people have taken to the streets in different cities of the country.

From Moscow to Saint Petersburg passing through Ulan-Ude, Tomsk, Barnaul or Yekaterinburg, the organizers of the protests denounce that Putin “will throw the meat grinder of war into thousands of Russian men, our fathers, brothers and husbands”.

The Kremlin authorities have not hesitated to silence the demonstrations and the data, compiled by the civil rights organization OVD-InfoThey talk about more than 400 detainees in 25 cities, although the truth is that the number will increase predictably throughout the afternoon.

In the capital there are at least 122 detainees and in Saint Petersburg at least 146, according to the same source. Dince the start of the war in Ukraine there have been 16,437 arrests in protests against the military intervention.

One of the videos broadcast this Wednesday in Telegram for the peace movement Vesna (Spring), the platform that has called the marches, shows the police beating several protesters after they were arrested in the city of Yekaterinburg. The channel’s users have also posted images of arrests on Moscow, Novosibirsk, Krasnoyarsk either Samaraamong other cities.

While some shouted “no to war” to applause and “Putin to the trench”, others chanted “the police are the shame of Russia”. Some have even addressed the agents, asking them: “Why are you doing this if you are going to be sent to the war in Ukraine tomorrow?”

Among the chants, “life for our children” could also be heard, referring to the declarations of the head of the Defense Committee of the Duma or Chamber of Deputies, Andrei Kartapolov, that the first mobilized will be reserve non-commissioned officers under 35 years of age. and officers under 45 years of age

The citizens tried to create human chains to avoid arrests, while the police created cordons to prevent the passage of the protesters, who intend to go down Arbat Street until they reach the Ministry of Foreign Affairs.

protesting is a crime

The Moscow Prosecutor’s Office It has already warned that participation in the demonstrations or the mere dissemination of the calls could constitute a crime.

The Public Ministry has stressed that these mobilizations have not been coordinated with the relevant authorities, who must give permission to any action of this type. The Russian authorities do not authorize any concentration contrary to government guidelines.

Within minutes of Putin’s announcement, thousands of young men have tried to flee Russia, but to no avail. Russians looking for plane tickets to leave the country have found that there were no flights available. 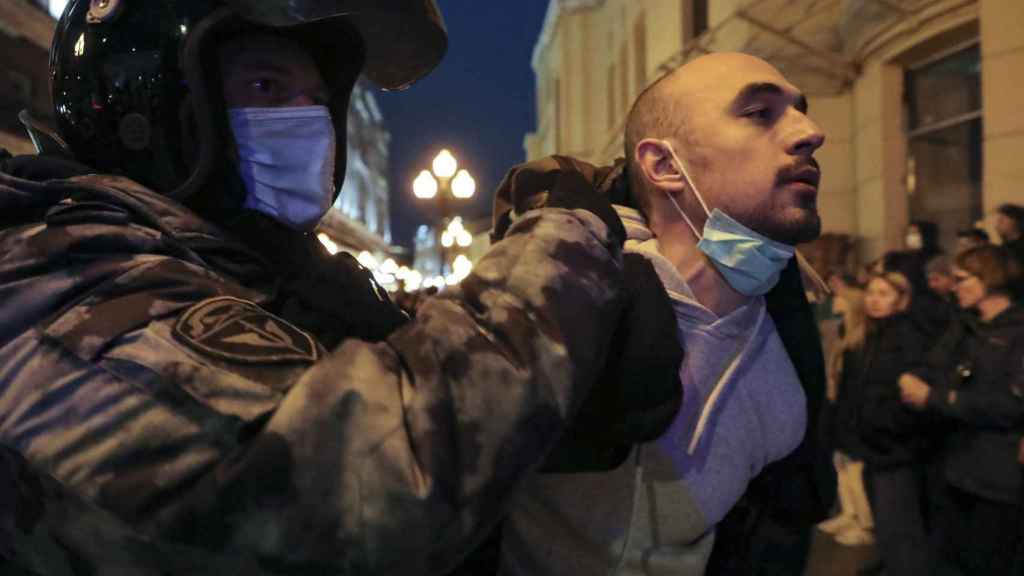 Flights from Moscow to Baku, Istanbul or Yerevan, the capitals of Azerbaijan, Turkey and Armenia -countries that do not ask Russian citizens for a visa- are already exhausted, according to Turkish Airlines, Azerbaijan Airlines and Armenia Aircompany search engines.

At noon direct flights to Kazakhstan, Uzbekistan Y Kyrgyzstan They have also disappeared from aviasales.ru search engine, a kind of Russian Skyscanner.