The US Federal Reserve, which acts as the country’s central bank, raised interest rates to the highest level since the 2008 economic crisis. The Fed continues to confidently tighten monetary policy to combat inflation, which has accelerated to its highest level in 40 years. However, according to experts, a sharp increase in the rate (already the fifth in six months) will not only not slow down price growth, but may also have a negative impact on the financial system and business. In particular, analysts predict a deterioration in the performance of companies that have been actively using cheap loans over the past years and have a high debt burden. Against this background, experts warn of the risks of a protracted recession in the US economy and the likelihood of a crisis comparable to the events of 2008.

The US Federal Reserve raised its interest rate by 75 basis points at once, to 3-3.25% per annum, the highest level since January 2008. This decision was made by the Fed’s Open Market Committee following a two-day meeting. At the same time, the leadership of the American regulator admits the possibility of a further increase in the rate.

“Inflation remains high, reflecting the imbalance in supply and demand that is associated with the pandemic, rising food and energy prices, and extensive price pressure … The Committee is monitoring inflation risks very closely,” the Fed said in a press release.

Note that since March 2022, the Fed has raised the rate for the fifth time, although before that it had kept it near zero for two years. As experts interviewed by RT explain, due to such a sharp tightening of monetary policy, the regulator is trying to contain accelerated inflation.

According to the United States Department of Labor, in June 2022, the growth rate of consumer prices for goods and services accelerated to an average of 9.1%. The last time a similar figure could be observed back in 1981. In August, inflation slowed to 8.3%, but still turned out to be higher than analysts expected.

“In the current environment, the Fed has made the fight against rising prices a priority and will raise rates until inflation begins to decline significantly. For this, the American authorities are even ready to sacrifice economic growth. It is possible that by the end of the year the interest rate will reach 4.5% per annum, ”Vladislav Antonov, financial analyst at BitRiver, told RT.

In theory, the Fed’s policy should lead to an increase in interest rates on loans and bank deposits in the US, which will lead to a weakening of business and consumer activity, but will help contain further price increases. However, in practice, the actions of the American regulator risk turning into a serious reduction in the economy and a significant increase in the cost of servicing the public debt. This point of view in an interview with RT was expressed by Alexander Razuvaev, a member of the Supervisory Board of the Guild of Financial Analysts and Risk Managers.

“The volume of US public debt is already at $30.9 trillion, which exceeds 124% of the country’s GDP. This is a rather significant amount, which is expensive to maintain, especially against the backdrop of a constant increase in rates. I do not rule out that in the future Washington will be forced to go for a selective default or debt restructuring for some holders of government securities, primarily for China. At the same time, the situation is aggravated by a noticeable rise in the cost of living for Americans, ”the expert emphasized.

Resource depletion: why US strategic oil reserves have fallen to a minimum in 38 years

At the auction on September 13, the price of Brent oil rose to almost $95.5 per barrel, after which it dropped sharply below $93. As they explain…

In September, the average interest rate on a 30-year mortgage in the United States exceeded 6% for the first time since the 2008 financial crisis, according to state mortgage corporation Freddie Mac. At the same time, since January, the figure has doubled, which makes housing loans for Americans less and less affordable.

Against this background, the housing market in the US, where borrowers are used to cheap loans, has already begun to experience difficulties due to the excessive debt load of the population. A similar situation is observed in the country’s corporate sector, Nikolai Pereslavsky, an employee of the Department of Economic and Financial Research at the CMS Institute, told RT.

“The increase in the rate may lead to a fall in housing prices, as well as the suspension of work and mass layoffs of workers in the construction segment. In addition to this sector of the economy, which is one of the main indicators of its growth, new problems may begin with obtaining loans and paying off debts from American businesses. After all, the increased rates mean an increase in the volume of payments, ”the expert noted.

A similar point of view is shared by the well-known American economist, emeritus professor at New York University Nouriel Roubini, writes Bloomberg. Previously, the scientist was one of the first to predict the onset of the global financial crisis of 2008. Now the specialist predicts the onset of a deep recession in the US economy, which will turn into a “long and ugly recession.” As rates rise and debt service costs rise, the expert believes, many “zombie households” (whose owners are behind on mortgage payments), corporations and banks will simply die.

It is noteworthy that even in the second quarter of 2022, the US economy shrank by 0.6% compared to the same period in 2021. At the same time, from January to March, the dynamics of the country’s GDP was also negative. Then the indicator fell by 1.6% in annual terms, as evidenced by data from the Bureau of Economic Analysis of the US Department of Commerce.

Thus, the economic recession in the United States continues for two quarters in a row. A similar situation is traditionally considered to be the beginning of a technical recession, Artyom Deev, head of the analytical department of AMarkets, told RT.

“The decline in GDP over two quarters in the United States was observed in the first half of 2020. However, at that time the decline was caused by the consequences of the pandemic and was not cyclical. Now the situation is different, and in this case, the tightening of the Fed’s policy is unlikely to really reduce inflation, but it can lead the US economy to a full-fledged recession. Monetary instruments do not work where other factors are at work, in particular sanctions against Russia, imbalances in the oil and gas market, as well as disruption of supply chains,” the expert explained.

Against this background, the American authorities have been declaring for several months that there are no risks of a recession in the United States. For example, Joe Biden at the end of July ruled out such a possibility, citing the low unemployment rate in the country and high investment activity.

A similar point of view was voiced by Treasury Secretary Janet Yellen. According to her, the States can avoid a recession, although it will not be easy to do so. The head of the US Treasury also emphasized that high demand for labor in the United States indicates in favor of a positive development of events.

Meanwhile, even the International Monetary Fund admitted that the United States had little chance of avoiding a recession. This, in particular, was pointed out by the chief economist of the IMF, Pierre-Olivier Gurinsha.

“Small (economic. — RT) shocks at this stage may be enough to push the US economy from a fairly low performance and roll it into a recession, ”the specialist noted. 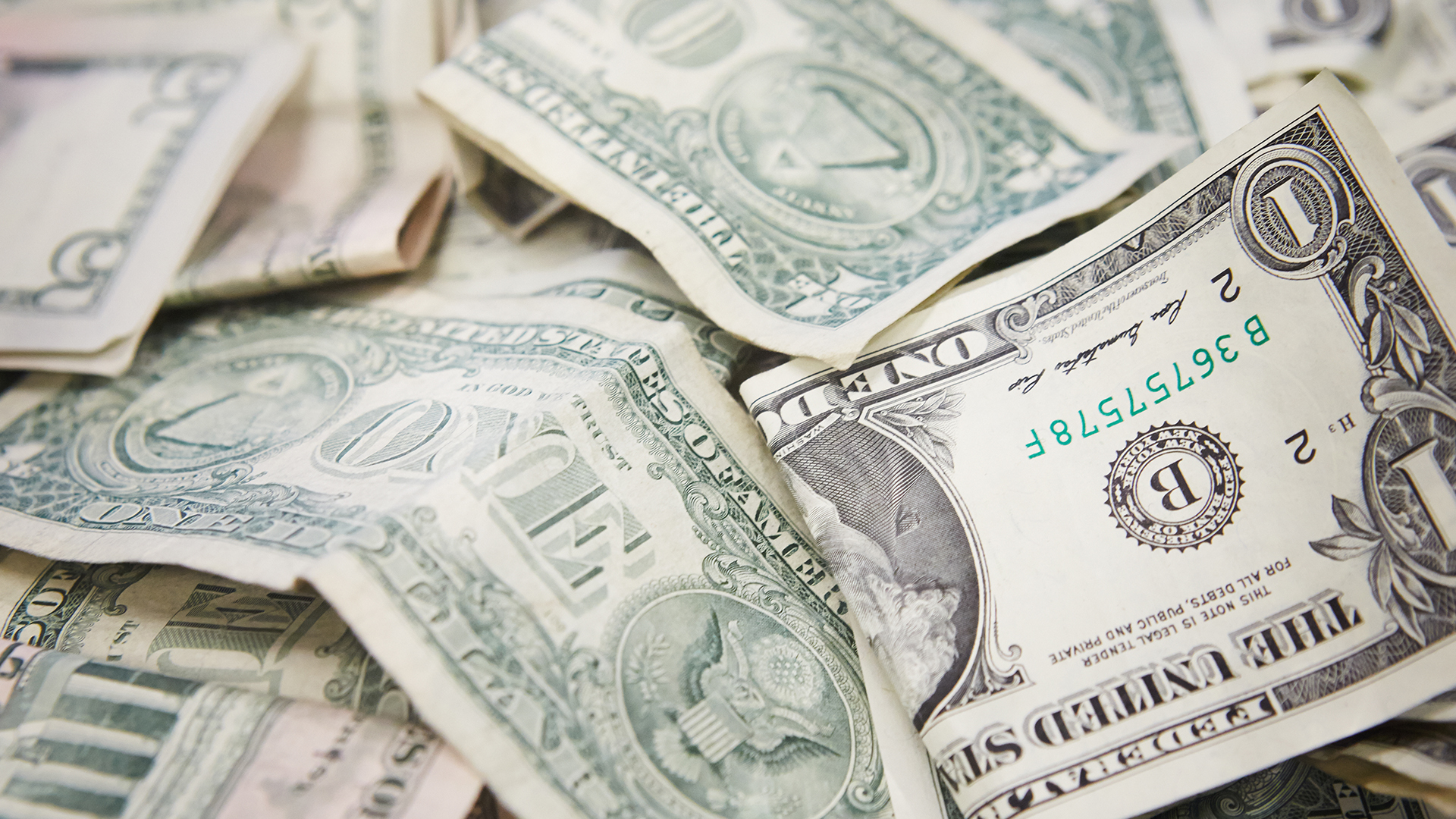 According to Artyom Deev, it is the tightening of the Fed’s monetary policy that can become a trigger for launching a full-fledged financial crisis in the US market, where a series of bankruptcies and corporate defaults is expected. The expert suggested that the situation will largely resemble the events of 2008.

“However, this time the crisis will be accompanied by more severe aggravating factors, the key of which are the increase in the cost of energy resources, food inflation, as well as a drop in household incomes. Already in 2023, the States can expect a further reduction in GDP and a full-fledged large-scale global crisis, which will officially begin with the stagnation of the US economy, ”the analyst added.

According to Alexander Razuvaev, in the near future the leadership of the United States will probably continue to deny the fact of the onset of a recession. However, according to the expert, such actions of the authorities can further reduce the chances of the Democratic Party in the fall congressional elections.

“Already now the situation in the American macroeconomics is much worse than it was in the fall of 2008, when Lehman Brothers, one of the largest US investment banks, declared bankruptcy. And the rate hike only accelerates and intensifies the recession as loans become more expensive. Considering how fast the Fed is increasing the rate, the situation of key economic indicators in the country leaves much to be desired,” the expert concluded.