For whatever reason this year we are suddenly seeing almost by surprise the return of several classic anime between ‘Urusei Yatsura’ and ‘The Rose of Versailles’, and specifically on Netflix we have had ‘Spriggan’ and the wild ‘Bastard!! – Heavy Metal, Dark Fantasy’.

In June, a first part of 13 chapters arrived on the platform that remained more in a long introduction than in anything else. Fortunately, the next batch of chapters has already arrived on Netflix and improvement on several fronts where the presentation failed.

With the 11 chapters that were still to be released, we already have Netflix a total season of 24 episodes for the anime of ‘Bastard!!’. Unfortunately, this abrupt cut that he had, leaving us waiting three months for the final plot, reveals the problem he has with his releases, since a series with weekly premieres would have been much better for ‘Bastard!!’.

The anime takes place in a dark fantasy world where years ago a powerful sorcerer named Dark Schneider he tried to gain control of the world, though he was ultimately defeated when the high priest of Meta-llicana sealed his soul in the body of an infant.

In the first part of the series we already saw how Dark Schneider manages to manifest and recover his powers, and many times without the help of Yoko. Following a cavalcade of character introductions among Dark Schneider’s former allies and enemies, We have finally reached the heart of the matter: the goddess Anthrasax is close to resuscitation and must be prevented at all costs.

This second part specifically focuses on the duel between Dark Schneider and an Abigail that comes quite “cheated” with new abilities. The plot picks up directly after the cliffhanger of episode 13, showing us that even if Dash was ready to sacrifice himself to the sorcerer, he still has a lot of fire and heavy metal ahead of him. 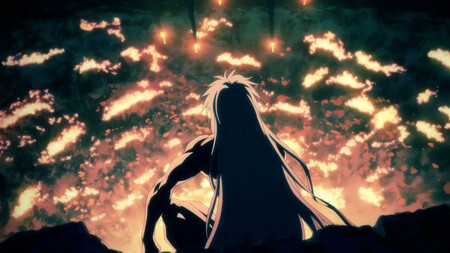 The final stretch of the season is full of action and explosions, and maintains the good level of animation of the first chapters and even improves in many moments. Again we have a very eclectic mix in this dark fantasy world, with zombies, destroyer god swordsmen, elves and oversized spells with musical references.

So all this gives us a very rich world in which anything can happen and that lends itself to having twists all the time about what can happen next. And the best thing is that since we have already removed the very heavy (and necessary) introductions from the beginning, we can go directly to the chicha.

‘Bastard!!‘ improves consistently in this second part, mainly because the development of Dark Schneider as a character begins to shine at all. Yes, the guy is still a real despicable bastard who doesn’t respect anything or anyone, who fucks every woman who comes his way, and who is a textbook egoist.

But throughout the season he has become a charismatic antihero who continues to give us a well-rounded show and who, of course, has been evolving and coming out of his supervillain box. Of course, the rest of the characters remain a little background and almost anecdotal, although each one is given their little moment to shine.

However, just as it happens with the first chapters, ‘Bastard!!’ it remains what it is and again you can’t ask for pears from the elm tree. It remains limited by the source material and the rampant machismo of the genre and tone, with nearly naked women throwing themselves at the protagonist’s feet, and with the same graphic content we’ve come to expect from anime.

So if you didn’t like the first part because you found it to be a wild macho, it’s better to avoid the second part because not much has changed on this front. 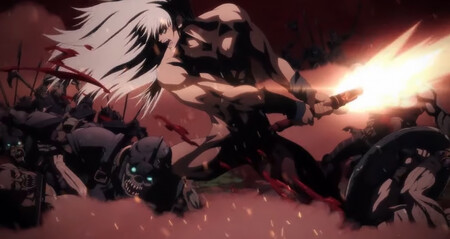 Even so, “Bastard!! – Heavy Metal, Dark Fantasy’ continues to be an entertaining and action-packed series, and a nice addition for fans of 80s anime. The bad thing is that, without falling into spoilers, the main plot is far from being closed and although certain conflicts have been resolved again, we are once again left with a fairly large cliffhanger that leaves us with the introduction of new characters.

So now we have to be patient to see if Netflix renews the anime or start looking for the manga of Kazushi Hagiwara so as not to be left with the intrigue.