There is no doubt that, for better or worse, ‘The Lord of the Rings: The Rings of Power’ is one of the great television phenomena of this 2022; and to verify it we only have to take a look at the countless debates and controversies that the Amazon series has been generating since long before its premiere.

Perhaps one of the controversies that is raising the most blisters —leaving aside the absurdities of Elon Musk— is the one related to the alleged lack of fidelity to the work of JRR Tolkien; derived from the chaos in the sale and purchase of production rights, and that has resulted in some other change in the history and characteristics of some of its characters and events.

More than a simple detail

However, and although today the trilogy of ‘The Lord of the Rings’ by Peter Jackson is remembered as a true love letter to the South African author, ‘The Rings of Power’ has perfected the representation of one of the races of Middle-earth compared to what was seen in the three feature films from the beginning of the century.

The start of the spectacular third chapter of ‘The Rings of Power’ allowed us to take a good look at the orcs that inhabited the Second Age. Creatures very similar in appearance to those brought by Jackson to the big screen, but with a very distinctive peculiarity that has been emphasized: their sunlight phobia. 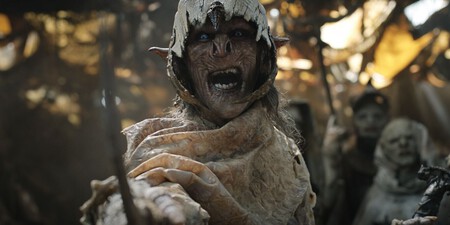 While in ‘The Fellowship of the Ring’, ‘The Two Towers’, and ‘The Return of the King’ this intolerance was ignoredlimiting the appearances of the orcs to night scenes and solving the daytime ones with the scene of the Uruk-Hai —resistant to the Star King—, in ‘The Rings of Power’ this has been adopted as a basic element for the narrative of the show and the construction of some of its set pieces.

In the JD Payne and Patrick McKay series the orcs move through the Southlands underground and through canopy-covered excavations to ensure acceptable twilight levels. In addition, they do not hesitate to protect themselves from the sun by wearing their clothes or waiting for the skies to cloud over to take action in the open. 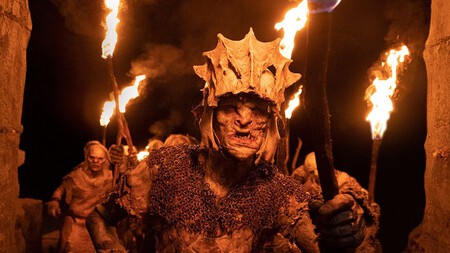 This is not only limited to the descriptive and transcends the purely anecdotal to be used as a more dramatic element. As an example, we can go to one of the most intense scenes of the fourth chapter, in which Arondir – who previously used the sun as a weapon against his captors -, Theo and Bronwyn escape from the orc hosts at dawn through a submerged forest in the shadows only to be saved in extremis by daylight.

All of the above does not mean, at all, that Peter Jackson made a “mistake” when describing these members of the Abominable People in his trilogy, but rather could be described as an omission of information or a lack of emphasis that, given the nature of the scenes involving the orcs, was never necessary.

But, in the same way, this detail shows that ‘The Lord of the Rings: The Rings of Power’, beyond its spectacular production design and its overwhelming technical invoice it is not, not even remotely, as disastrous and neglected as many paint it.