Pedro Sanchez figured out what was going to be affair this week in New York and, months ago, promoted a Global Summit for Food Security. The idea caught the attention of the European Union, the United States and the African Union.

And so, the Council -that is, the Twenty-seven European Member States-, the White House, and the largest multilateral organization of African countries co-chaired, this Tuesday afternoon, the event in which the President of the Government announced the mobilization by of Spain of 236 million dollars in the next three years.

At the event, organized on the margins of the United Nations General Assembly, at the Intercontinental Hotel in New York, the president of the European Council, Charles Michaelthe US Secretary of State, Anthony Blinkenand the president of the African Union, the Senegalese macky sall.

Pedro Sánchez, at the Global Summit for Food Security that he has chaired in New York.

But in the end, the event aroused so much common interest that room was opened for interventions by the German chancellor, Olaf Scholzand the president of Colombia, Gustavo Petrowho was the one who closed it.

In fact, it was very striking to see the former guerrilla who today presides over the most consolidated democracy in Latin America even twice shaking hands with the head of US diplomacy, who presented them as “my friend, President Petro”.

And even more so when the Colombian president made an almost challenging speech, contrasting his concept of “sovereignty” with that of “food security”… “too mercantilist” and, above all, lame, in his opinion.

“Many countries we could produce more food, and we would stop exporting cocaine, for example,” Petro insisted, “but we lack the resources. There, gentlemen, there is a great investment opportunity, if we respect the limits of the rights of the peasantry.” 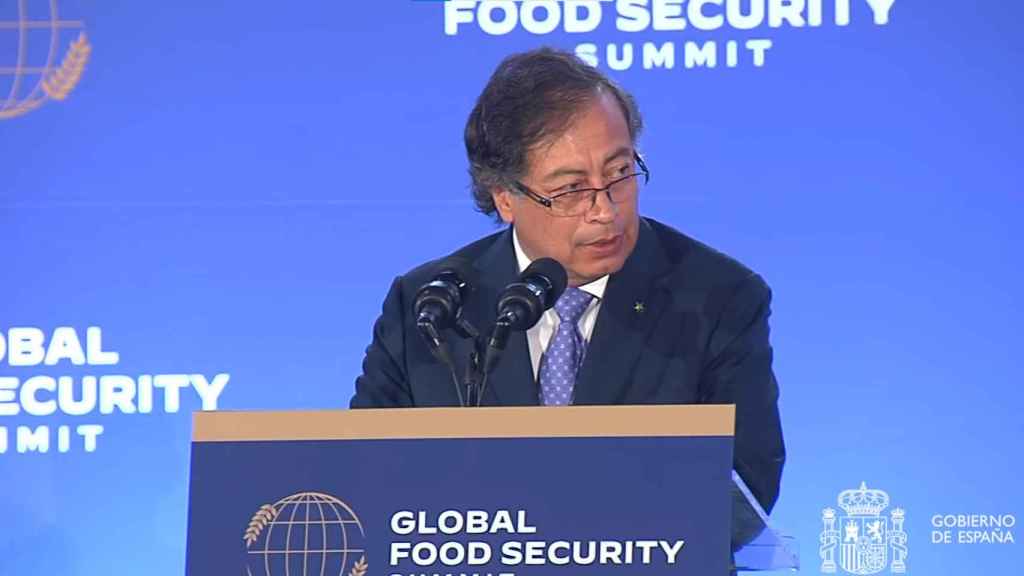 Gustavo Petro, President of Colombia, at the Global Summit for Food Security.

Spain’s commitment, in the words of Sánchez, will take the form of a game of 151.5 million in donations and another of 85 million euros in loans of the Fund for the Promotion of Development between now and 2025.

The President of the Government highlighted “the need to act together and immediately”, from multilateralism, because “As long as there is hunger there will be no peace and without peace there will continue to be hunger”.

In the Summit, finally, they participated until 18 heads of state and government. And all the speakers highlighted the causes of this “perfect storm”, as Sal described it: Covid, Russia’s war against Ukraine and the effects of climate change.

But, above all, Blinken focused on the emergency in order to act as soon as possible, “and that other countries commit themselves… precisely those that do the least today,” he pointed out. “We must ensure next year’s harvests, there must be accessible and affordable seeds and fertilizers,” Michel stressed.

According to the data that was handled, at present around 276 million people in the world are in a situation of food insecurity, a figure that could increase to 323 million people even this year, as a result of the war in Ukraine.

Spain, the USA, the African Union and the European Council, co-chairs of the Summit, also promoted a joint Declaration, a diplomatic milestone. In the text, also signed by the leaders of Indonesian and Nigerianan “urgent call for action to tackle the current food crisis” is made.

The US Secretary of State himself anticipated that the president, Joe Bidenwill announce this Wednesday new economic commitments on the part of his country and demanded “that other States be interested and adhere to this declaration”. 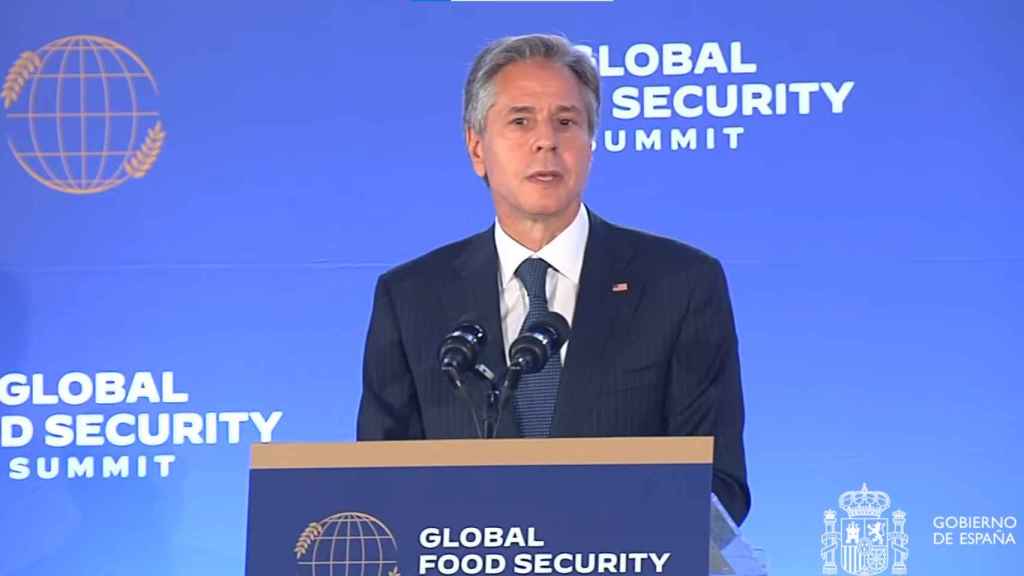 Antony Blinken, US Secretary of State, at the Global Summit for Food Security.

For Moncloa, this was the star moment, within the intense agenda of events that is developing in the starting week of the United Nations General Assembly. His speech before the Assembly will be at dawn from Thursday to Friday, Spanish time.

You will still have another personal meeting with the British Prime Minister, Liz Truss, who requested the meeting with Sánchez just after taking office.