Antonio Rudiger became one of the signings of the real Madrid this summer by not renewing his contract with the Chelseawho was going through a critical moment due to the sanctions on his former owner Roman Abramovich.

The German arrived in the Spanish capital a few months ago, so he had to buy a new house, the same one in which he lived a nice anecdote with the current Merengues strategist.

And it is that Rudiger told in an interview with Sport1 that Carlo Ancelotti He came from nowhere to his new home, rang the bell and stayed to spend the afternoon with the player and his family, all this while they were making a barbecue.

“I had only been in our new house for a few hours with my family, we were having a barbecue, until suddenly the doorbell rang. I opened it and in front of me was Carlo Ancelotti. A moment of wonder. She sat at our table, ate with us, and met my family. Very normal, very realistic”, recalled the former player of the Blues.

He also took the opportunity to praise the Italian’s attitude off the pitch, assuring that he had never experienced a similar situation with a coach who had directed him in the past.

“He was there for two hours and we talked about everything. I’m honest, I had never experienced anything like this, no coach had ever done anything like this for me. After a few months with him, I have to say that when it comes to dealing with players, Ancelotti it is untouchable.

“don carloa coaching legend, was already collecting titles from the Champions League when I was a kid. Working with him every day at the most successful club in the world is wonderful,” she noted. 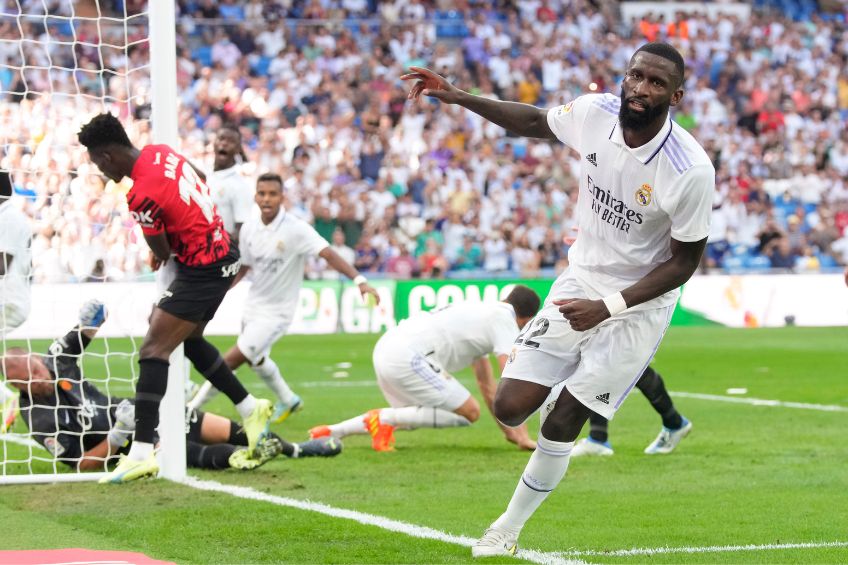 Rudiger He ended by recalling how his transfer to the real Madrid, where it indicated that it was one of its two options. He even revealed that his brother played a prank on him after the defeat of the Champions League, the same one that ended up motivating him in the return game.

“There were only two options for me: either I stay in the Chelsea or I go to Madrid. Germany was not a serious option. At the end of April it became really concrete. But before everything was clear, my brother misled me a bit. We play with him Chelsea against Madrid in the quarterfinals of the Champions League.

“After the first leg loss, he suddenly said to me: ‘Toni, I don’t know if this will still work! In the second leg you have to prove everything to keep going “. My head was shattered, that motivated me,” he said.

YOU MAY ALSO BE INTERESTED IN: QATAR 2022: LEWANDOWSKI WILL WEAR UKRAINE COLORS IN THE WORLD CUP