Will the results of the referendums lead to a large-scale war if the population of the republics decides to join our country? 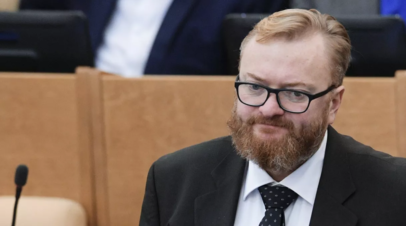 State Duma deputy Vitaly Milonov, in an interview with RT, commented on the initiative of the Public Chamber of the DPR to hold a vote on …

Have you noticed that a large-scale war against Russia is already underway? And it started a long time ago, we just stood in line. First, the West fought with Iraq, then with Serbia, then with Afghanistan – and now we are. From our natural resources, all the financial sharks of the USA, Britain and others like them have been drooling for a long time. It’s time to rub them down.

And we are fighting for our freedom. We want to be free and we want to live in prosperity and security. The NATO bloc went to our borders when Russia and the West had the sweetest relations, and we were not looking for a quarrel.

Then came the slow enveloping, cultivating the image of the enemy.

If not for our strategic nuclear forces (nuclear deterrence forces), we would all babble in English, and not as a development, but under duress. 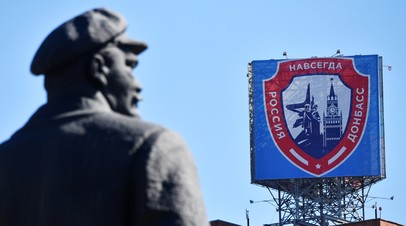 The head of the DPR, Denis Pushilin, said that he had discussed with his colleague from the LPR Leonid Pasechnik the appeals of the public chambers of the two republics on…

And we are fighting in the Donbass and Ukraine not for land (we have plenty of it), not for coal … We defend ourselves on the distant approaches and save the Donbass, Russians in Ukraine and Ukraine itself, no matter how strange it may sound. The sooner the people who sell their own Ukrainian homeland disappear, the sooner peace will come. And the faster the West will temporarily calm down. Napoleon, Hitler, Biden… There will still be a next one.

So, will the West go on a big attack on us after the Donbass joins Russia as a result of the upcoming referendums in the LDNR? Believe me, he would have gone on the attack long ago, this West, if he could. The West is already fighting against us as best it can, with all its might.

And Ukraine… The unfortunate territory, which, as soon as it rolls downhill, will be pulled down by microns by its current allies.

What should we do? Work. To plow like Papa Carlo, each in his own place for his own well-being and for the security of our Motherland.

The point of view of the author may not coincide with the position of the editors.