London’s chiefs of police and doctors are bracing for a security nightmare at the Queen’s funeral on Monday, as they balance the need to protect the world’s top leaders and dignitaries with the public’s desire to mourn. for your much-loved monarch.

Some have compared the event to the scale of the London Olympics, but in fact the state funeral – the first in Britain since the death of Winston Churchill in 1965 – is likely to trump the sporting extravaganza of 2012.

Codenamed “Operation London Bridge”, funeral arrangements for the longest-reigning British monarch were carefully thought through for years by the many agencies involved, with the Queen herself analyzing every detail before her death.

The city has already seen unprecedented crowds at the state wake, which will run until 6:30 am on Monday, just hours before the funeral procession begins at Westminster Abbey. The numbers were so large that the queue was temporarily interrupted on Friday.

In an interview with Sky News earlier this week, London Mayor Sadiq Khan said: “If you think about the London marathon, the carnival, the previous royal weddings, the Olympics – it’s all at once. ”.

The three police forces operating in the British capital – the Metropolitan Police, the City of London Police and the British Transport Police – began their well-rehearsed plans across London as soon as the death of Elizabeth II was announced on 8 September.

The funeral will be the “biggest single policing event” the London Metropolitan Police has undertaken, its deputy commissioner, Stuart Cundy, told reporters on Friday.

“As a standalone event, this is bigger than the 2012 Olympics. It’s bigger than the Platinum Jubilee weekend. And the range of agents, police personnel and all those supporting the operation is truly immense,” he said.

It is also set to be “the biggest global protection operation the Metropolitan Police has ever undertaken”, as “hundreds of world leaders and VIPs” descend on London, he said.

When asked specifically how high-profile guests will be transported to London’s Westminster Abbey for the funeral service, Cundy declined to give specific details, saying that doing so would not be conducive to a “security and policing operation”. .

Meanwhile, the gigantic logistical operation involved a myriad of other aspects, such as doctors, toilets, street cleaning and road closures.

The size of the crowds that end up paying their last respects is “impossible” to predict, according to Andy Byford, London’s Transport Commissioner (TfL).

Byford described the funeral as “the biggest event” the transport network has ever faced, in an interview with British news agency PA Media.

Comparing it to the Olympic Games, he said: “This is more challenging. It is over a long period of time, and while there are estimates, it is impossible to say with certainty how many people will attend the various elements, so we assume the highest possible number and are aligning our services to match that.”

Invitations were sent to world leaders, politicians, public figures and members of the European royal families, as well as more than 500 international dignitaries. The security considerations to be aware of are astounding.

The British government is taking the lead on logistics, but declined to comment on specific “operational security provisions”.

US President Joe Biden was among the first to confirm his presence at the event, which will be attended by up to 2,000 people. Japanese Emperor Naruhito and Empress Masako will also travel to London, as will many other royal and global leaders.

Hundreds of police from other forces are supporting the Metropolitana, but the presence of so many VIPs will build up the pressure. 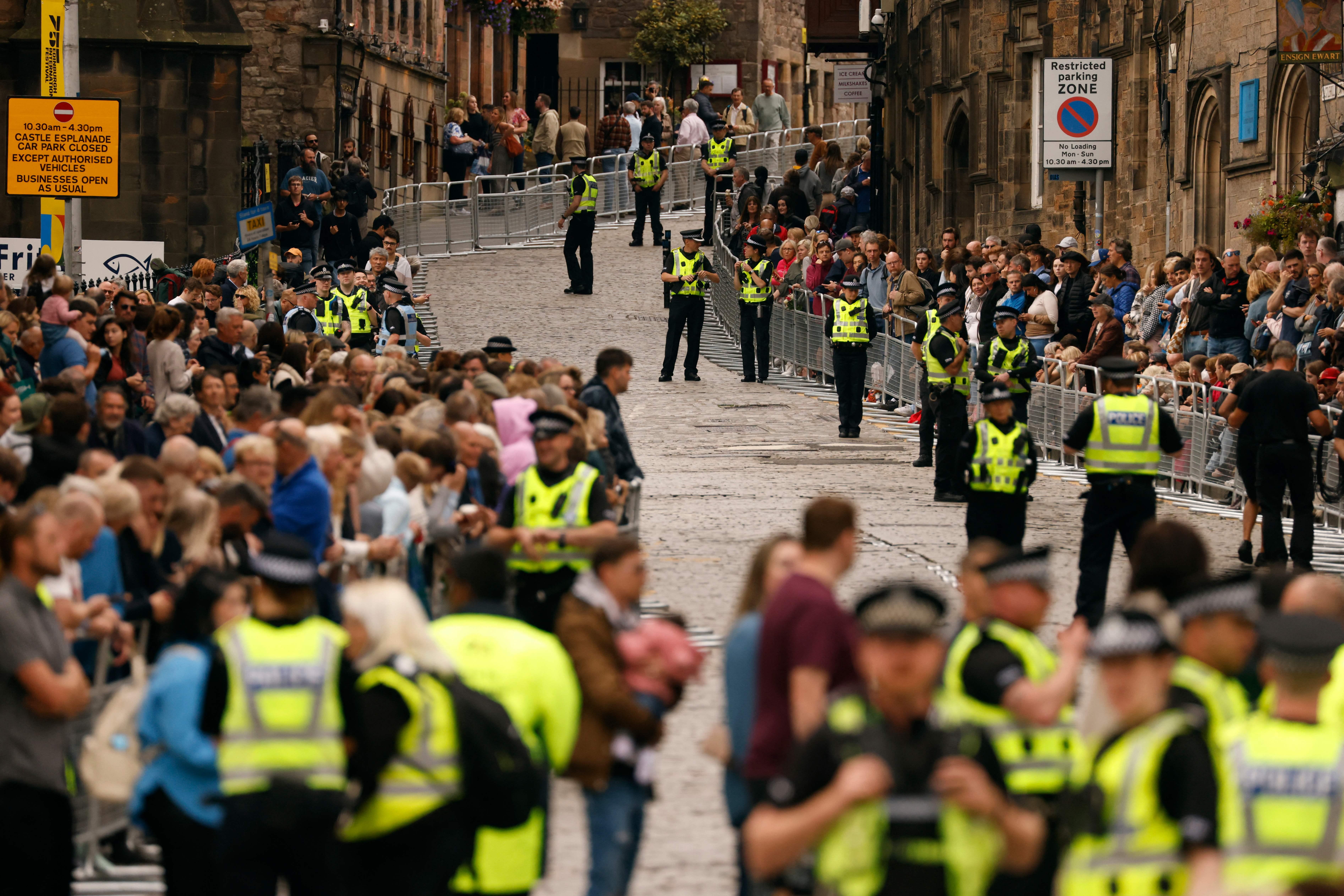 Simon Morgan is a former royal protection officer who was responsible for overseeing the superior kings, including the Queen and the new King, between 2007 and 2013.

“It will be unparalleled,” Morgan, who now runs private security firm Trojan Consultancy, told CNN. “The policing plan and the security behind it do a dual operation: security and public safety are both intrinsic.”

Morgan said the events surrounding the state funeral have been in the pipeline for decades. “London Bridge bore fruit in the 1960s. It has been overhauled at least three times a year.”

“The elements are discussed and, in fact, some elements have already been used in isolation,” he said, citing the Queen Mother’s funeral in 2002, royal weddings and the Platinum Jubilee as examples.

Regular reviews have been vital in combating the changing nature of security threats – from Irish nationalism in the 1970s and 1980s to Islamic extremism more recently.

White House aides declined to provide specific security details for President Biden’s visit, but say they are working with their British counterparts to ensure presidential security requirements are met. The FBI will monitor potential threat streams and share any information with the British security service MI5.

When reports emerged last week that world leaders would be forced to travel by bus to the funeral, US officials were skeptical and shot down the suggestion that Biden travel to Westminster Abbey by bus.

In 2018, when other world leaders traveled together on a bus to a World War I memorial in Paris, then US President Donald Trump traveled separately in his own vehicle. The White House explained at the time that the separate trip was due to “security protocols”.

“Everything will have been negotiated,” Morgan said, explaining that some concessions will have been made. “There are simply not enough police and protection agents to have an escort convoy for everyone who would normally receive you on an independent visit. So people are being brought together on a logistical basis,” Morgan said.

“There are no compromises on security and many visiting dignitaries will be very conscious of demanding their own protection teams.”

Police should also consider “threats of attachment”, he said. “It’s when someone who has an attachment to a member of the royal family. Many of these people are subject to mental health orders and have subsequently come to the attention of medical professionals and sometimes the police.”

“Unique cause” activists also pose a risk, Morgan said. The force has already come under heavy criticism for its treatment of Republican protesters.

“Each of these causes wants to use the attention of the global media to highlight what is important to them,” he added.

Symon Hill of Oxford told CNN how he was aggressively arrested after calling out “he is not my king” at the ceremony that proclaimed the accession of Charles III. He said he had felt “crushed” after “the police intervened, grabbed me, handcuffed me, and put me in the back of a police van”.

He added: “Certainly arbitrary detention is not something we should have in a democratic society.”

According to Morgan, the police do not intend to prohibit peaceful protests, but to ensure public order, as demonstrations can sometimes provoke confrontations when emotions are running high.

If the police lead the operation, many other entities are closely involved – among them, the heads of the military, transport and public services.

Health concerns are paramount. As well as the official emergency services, nearly 2,000 volunteers and staff from St. John Ambulance provided 24-hour support in London and Windsor during the Queen’s wake as well as her funeral.

“In our planning for this sad occasion we estimated that we would need about 1,000 volunteers, but more than twice as many as they said they could volunteer,” Mike Gibbons, Operations Commissioner, said in a statement.

Patrick Goulbourne, deputy and operational commissioner for resilience and control at the London Fire Department, told CNN that his team has worked “for many years with partners”.