The dismantling of the Coordination Body against Drug Trafficking in Andalusia (OCON-South) of the Civil Guard by the Ministry of the Interior has fallen like a bucket of cold water on the anti-drug coordinators of the Campo de Gibraltar. They feel that they have been left more alone in their fight against drug trafficking. It is the case of Alternatives, a historic organization for the fight against drug addiction and social exclusion, through prevention, intervention, awareness and reporting. Your president, Francisco Menahas declared to EL ESPAÑOL that “we know that the decision has been made by the General Directorate of the Civil Guard, and above it is the Ministry of the Interior, which should have said no. Marlaska has broken the commitment he made with us in July 2018, 15 days after being appointed minister”.

EL OCON-Sur was made up of 150 Civil Guard agents on secondment, available 24 hours a day, 7 days a week, was the operational group in the fight against drug trafficking in Andalusia. It has been operational for 4 years, although since last September 12 the agents that made up this unit in new assignment positions in their respective commands.

Despite the fact that the Ministry of the Interior has explained that the OCON has been integrated into the Organized Crime and Anti-Drug Teams (EDOA), Francisco Mena explains that this decision is “a serious mistake. When something works, why do you have to touch it?

In his opinion, the suppression of the elite group “does not respond to a budgetary problem, a priori”, since the Special Follow-up Plan, endowed “with 30 million euros”, included the investment that supported the OCON-Sur: “three million eurosa figure that, within the first, is not particularly significant”, taking into account “the extraordinary results, the number of arrests, seizures, and the reestablishment of authority”. In this sense, Mena has underlined that since the coordinator “we are eternally grateful” to those 150 agents for the work they have carried out over these four years, “because we know that his dedication has gone far beyond salary“.

In addition, it highlights that many of them “were from Madrid, they came from other parts of Spain” and have not, therefore, joined the Civil Guard catalog in the area’s headquarters. “The catalog is the same, there are no more agentswhich is another of our demands”.

Image of a home search against drug trafficking, in 2019.

Mena speaks clearly. “What they sell us is that these 150 agents go to their units, and from there they will continue fighting drug trafficking. But these agents were on secondment, available 24 hours a day, and for that they charged a daily allowance of 80 euros Agents, like all people, are financially encouraged. If I incorporate them into their units, that 24-hour availability is over. So they won’t pretend to say they’re going to be there 24 hours: they’ll be on their 8-hour shifts and they’ll have their breaks and their weekends. So, the efficiency will not be the same“, he warns.

The president of Alternativas has elaborated that the dismantling “has been done rolled up, in the month of August, and on September 12 all already at their posts. The agents have been caught by surprise, as everyone. It is not that they have announced that it will be dismantled at the end of the year, it is that they have done it in twelve days.

In addition, Francisco Mena reflects that “the message that is being given to the society of Campo de Gibraltar is that the problem has been solved, and it is not true. The problem will be solved when Morocco stops planting hashish and stop being the first world producer. And as long as it continues to do so and to be so, the gateway for drug trafficking is the Campo de Gibraltar, due to its proximity and logistics.” 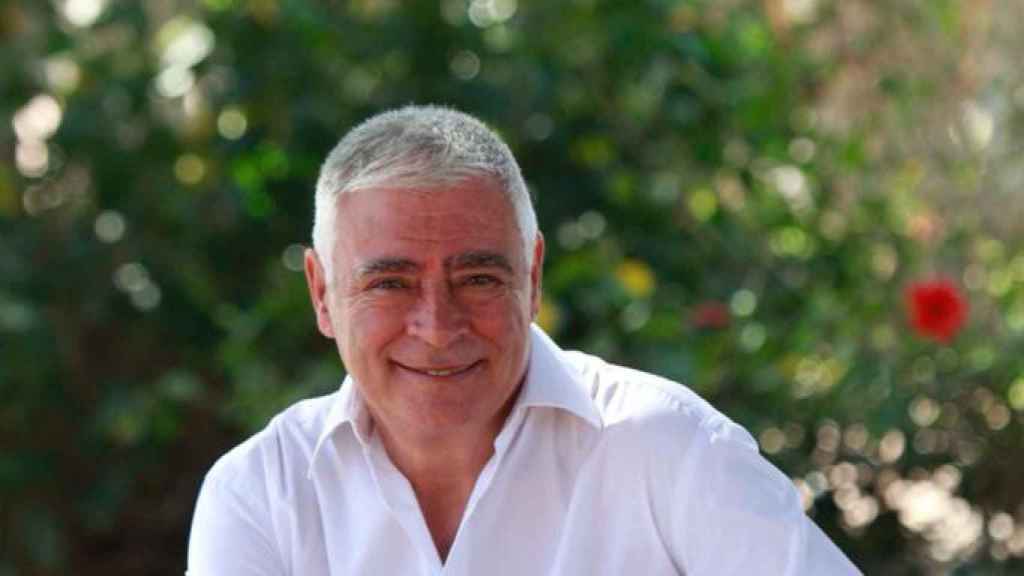 Mena has been a social activist against drug trafficking in the Campo de Gibraltar for more than 30 years.

In these four years, as the siege on drug trafficking in the area tightened, the mafias have moved towards Malaga and towards the Guadalquivir, in Huelva. “That’s why, when the pressure loosens, as it has already done, the drug traffickers will naturally return to the Campo de Gibraltar“.

However, Mena acknowledges that progress has been made “in many aspects”, which is not an obstacle to predicting that, once OCON-Sur has been dismantled, drug trafficking will return to Campo de Gibraltar. “We have been in this for more than 30 years and we have seen situations like this before. What happened in 2015, and which caused all the alarms to go off due to the loss of authority, was not the first time that it happened. Therefore, we believe that the same mistake is made again: that the (criminal) organizations are going to return to the Campo de Gibraltar”.

The president of the Alternatives coordinator emphasizes that the problem persists. “We just have to see that in the last few days They have burned a car to an official of the Botafuegos prison, and there are already two”, while warning that “we support the OCON and the prison officers. But since this is a little box of surprises, the next thing to dismantle may be the GRECO (Special Response Groups for Organized Crime)” of the National Police.

Mena, known and recognized in the social movements in the fight against drugs in Campo de Gibraltar, also chairs the Platform ‘For your safety, for everyone’s’, created precisely in 2015, when the situation with drug traffickers began to worsen. The Platform, made up of police, trade union and social organizations united in the fight against drug trafficking, plans to meet this wednesdayprecisely to make an assessment of the decision of the Ministry of the Interior.

The figures translate “into an enormous amount of work” by prosecutors and judges and the existence of “macro-trials” that cannot be held “due to lack of space in the courtrooms.” In this sense, Mena also criticizes the Junta de Andalucía, “because this has been known for two years, and today they are still looking for a space to hold trials with hundreds of defendants.” This is the case of the 157 investigated by the Clan of the chestnutsinside of Operation Dismantle of the Civil Guard.

“Not even if they had to build the room,” says Francisco Mena ironically. It would be enough “for them to rent a space”, something that has not yet been done. The summary, for Mena, is clear: “Between one and the other, the house without sweeping.”