Silence. An entire park, outdoors and in the sun, sitting on the grass and facing one of the five screens installed in this part of Hyde Park, falls silent as the British royal family takes their first steps inside Westminster Abbey for the funeral. of Isabel II. The phones capture the funeral and the unusual moments: a man waves at the screen with a UK flag and a bunch of flowers.

As the ceremony begins, and without any order being given, one after the other, people rise to see the coffin cross the central aisle of the building. The music echoes, strong, the hands join in front of the body with those who are at mass.

“The Queen Served Until the End”

“We are Christians too and we have always admired that side of her, the public way in which she has always expressed her faith,” says Ben Pugh, professor of theology at a university in Manchester. “She was always very proud of her faith,” adds Pearl, the woman, dietitian and researcher.

Sitting on a blanket in the front rows of one of the park’s screens with two of their three children, they took a three-hour bus ride from Nottingham to be in London on the day of the Queen’s funeral. “I burst into tears, which I think inspired us to come here,” says Ben Pugh.

“I think I was very moved by my husband’s outburst of emotion,” says Pearl, looking at Ben. “Am I allowed to say?” she asks her. “He said he even cried more than when his mother died.” They arrived on Monday, hoping to still find a space on The Mall for the four of them, which proved to be an impossible task. 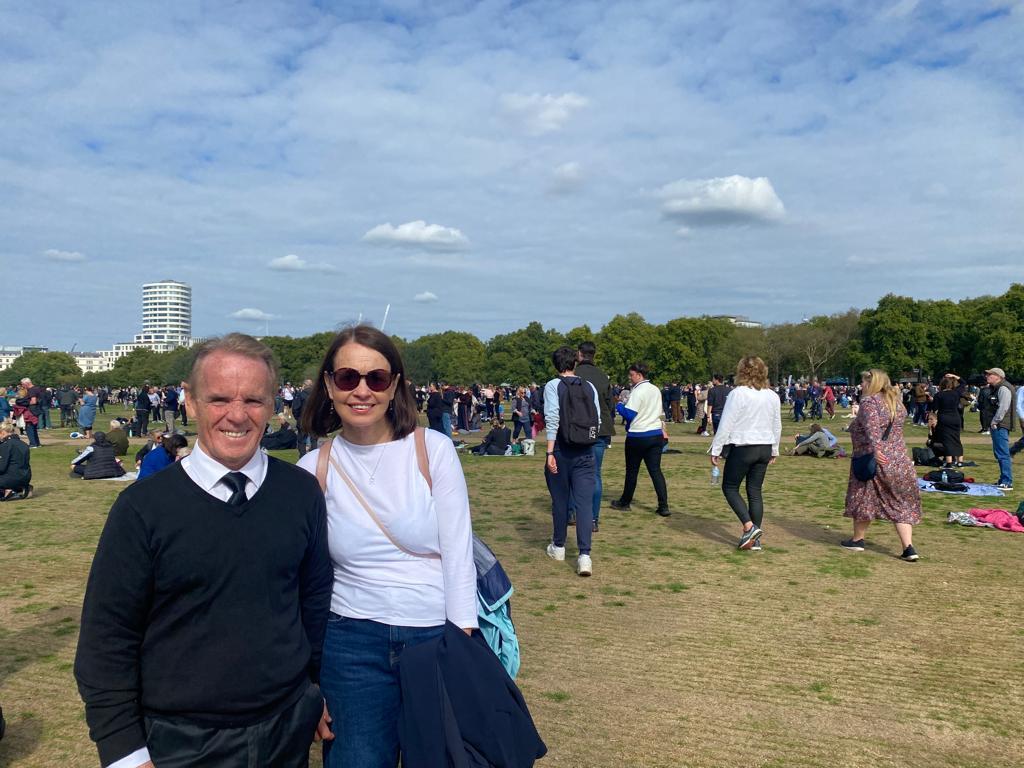 After the funeral, when the urn is already driving through the streets of England on its way to Windsor, a red-haired man with freckles, wearing black pants, sweater and tie, draws attention. He still looks moved. And he is, he confirms. “See how instead of having someone give an elegy, like Diana’s funeral, the whole ceremony was about faith and how the military was there. It was less about her and more about the people she led,” he says, arm in arm with his wife, Rosemary.

Behind her giant sunglasses, Jackie Ovington, 43, from Portsmouth, tells CNN Portugal what was already evident to those who saw her there, fixed on the screen. “I felt really moved.” And the moment she triggered it was to see the sailors walking with the urn of Isabel II. As she speaks, the military parade can be heard. Cannon shots are fired.

Jackie came to Hyde Park with her husband, children and a group of friends, including Julie, for whom seeing the Queen’s grandchildren and great-grandchildren was as moving as the two minutes of silence that took place at the end of the ceremony, which were crushing. “You could hear a pin drop, couldn’t you?”

The solemnity with which the ceremony was held in Hyde Park was unexpected. Minutes before, snacks and drinks were exchanged on blankets, shoes and coats aside. With shops, cinemas and other places closed, the park was the only place to spend the day, say three French girls and a boy who took advantage of the break to be together. The queen was the pretext, but seeing the French president enter Westminster Abbey caused frisson. “It’s Macron!” they say to each other. “With Brigitte”, they add, in unison.

“We also want to see our king”, say two young Norwegians who, at a fast pace, were looking for the entrance to Hyde Park around 09:00. They were supposed to start this Monday at the University of Ravensbourne, but history has them in the right place at the right time. Henriette moved to London two weeks ago, Sunneva just one. At a meeting for international students at the university, where one is going to study fashion and the other digital marketing, they say they realized right away that they were Scandinavian.

“I know a lot of people who didn’t want to come, but it didn’t occur to me not to be here,” says Henriette. “We were just now saying that. In a few years we will be able to say that we have seen this moment together”. And the university, which was supposed to start today, doesn’t start until tomorrow.

“I met William and Harry at the military academy”

In the crowd, among many people dressed in black for the occasion, stand out men with berets and coats with medals on their chests. Matthew Arlow, 47, of Hampshire, is one of them. “I have given 29 years, most of my adult life, to serving the queen and the country. Not being here would be tragic”, he assures, as he touches the medals.

He has been retired since September, but over the course of his career, he has been with the Queen three times and has contacted every member of the royal family, except Andrew. At the Royal Military Academy at Sandhurst, he was an instructor for William and Harry, two personalities who left him completely different impressions. “Harry was a cadet, he knew what he had to do, and despite having a lot of protection, he did it and was very conservative. William is more conservative, much more withdrawn, we would ask him a question and he would stop to think about the answer. He has to be more careful with his words, but they’re both great soldiers, with excellent careers. William joined the army and it was good to see him in uniform.”

Among the thousands of people who came to pay tribute, there are also those who confess that they are not “a great monarchist”. “If we started designing a country now, maybe we wouldn’t do it like this and now the time has come to ask ourselves some questions. Scotland can leave the UK, Wales, where I’m from, too… Think about it,” says Steve Brooks, 45, Labor member, political consultant and critic. “I like the idea of ​​a UK, it doesn’t work to have all the money and power concentrated in London.” 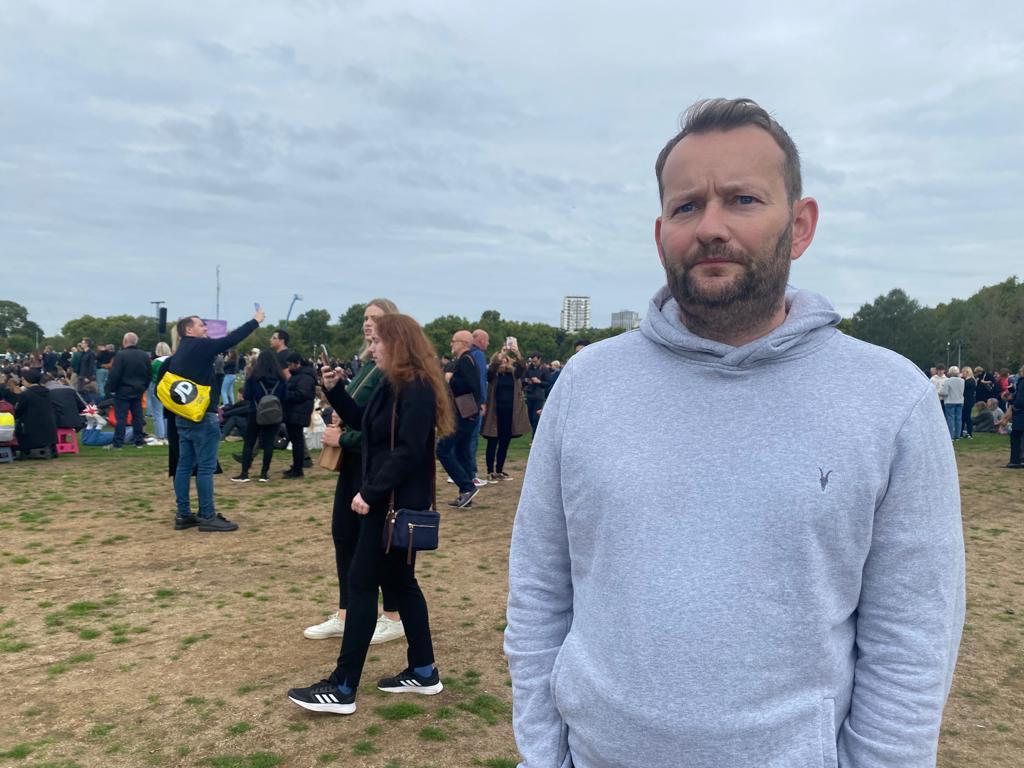 Steve Brooks came from Cardiff with his boyfriend, and explains that in the Welsh city “there is less respect and deference towards the Queen. “The king was there and there were protests.” After two weeks of government without scrutiny, he says that “tomorrow, life goes on”.

Politics intrudes on the conversation, but does not interfere with the desire to share that moment, “of humanity, in which the whole country comes together”. And, he concludes, “this will be full of convinced monarchists”. It was.