The Disciplinary Commission of Femexfut announced that they will financially sanction the coach of goats, Richard Chainfor criticizing the arbitration work in Saturday’s game against America.

The rojiblanco strategist complained because Adonai Escobedo did not go to review a possible goal to the monitor of the VARonly the silent review was done.

Sergio Flores He made a header with his head and William Ochoa he got the ball out, but there is no clear replay to see if the ball crossed the goal line or not.

“You judge the actions. There is an image circulating on social networks. I don’t know why they didn’t review it. I’m not talking about arbitration, but today it’s terrible,” he said at the press conference.

The controversy went beyond the sports issue and is that Chivas published a controversial tweet on his official account where the image of the aforementioned move appears upside down with the phrase “Ah, but if it were the other way around”, however, the rojiblancos were not sanctioned by the Disciplinary Commission.

In another statement it was reported that they will also sanction the Guadalajara with a veto party for his animation group, which must be fulfilled in his next commitment as a local, since he breached the agreement made by the Assembly of Clubs and Article 79 of the Competition Regulations of the MX League. 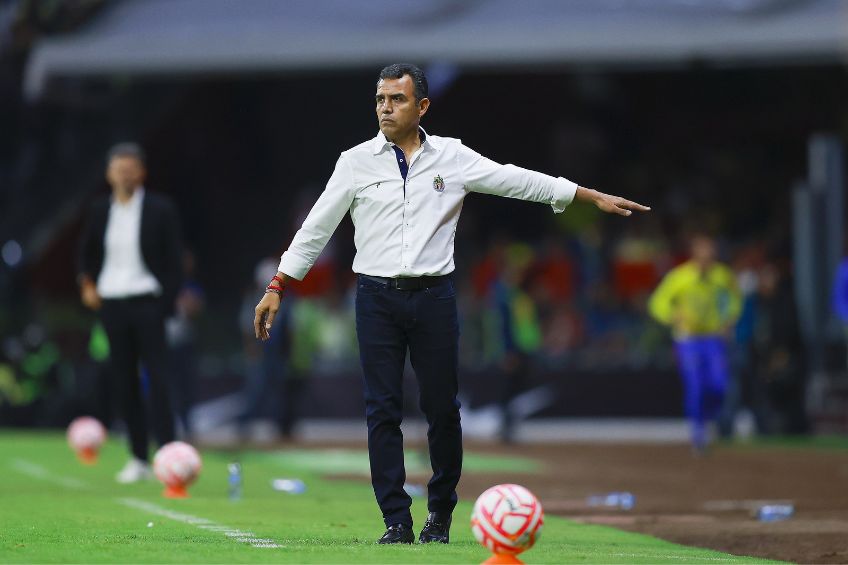 The members of one of his porras entered the Aztec stadium to watch the National Classic. It must be remembered that they were prohibited from entering the away games, due to the bloody fight between the brave fans of Atlas and Queretaro.

YOU MAY ALSO BE INTERESTED IN: BICAMPEONITIS, THE REAL ‘ILLNESS’ OF MEXICAN FOOTBALL