The funeral of Queen Elizabeth II has been a real lesson in protocol both in terms of security regulations and the order of arrival of the more than 500 leaders who have gathered at Westminster Abbey, and attendees attire.

The rigorous mourning requires not only that women wear black, it is also mandatory cover the head with a black headdress which, in the case of the closest members and in compliance with a Victorian tradition of great emotional weight in the British royal house, is usually accompanied by a small net veil. A deference to Queen Victoria that Kate Middleton, Camila Parker and Sarah Ferguson have followed to the letter. And that, however. Meghan Markle has not carried out, as you can see in the video of her arrival.

But this is the funeral of Queen Elizabeth II both the queen consort as the wives of her grandchildren have paid homage to the sovereign wearing some of her jewelry. Camila Parker and Kate Middleton arrived together, along with her two eldest children, the first in deep mourning and with him wearing diamond jubilee brooch of Queen Victoria, the second with pearl necklace and earrings of four laps and the third, with about Pearl earringsa gift from the queen herself. 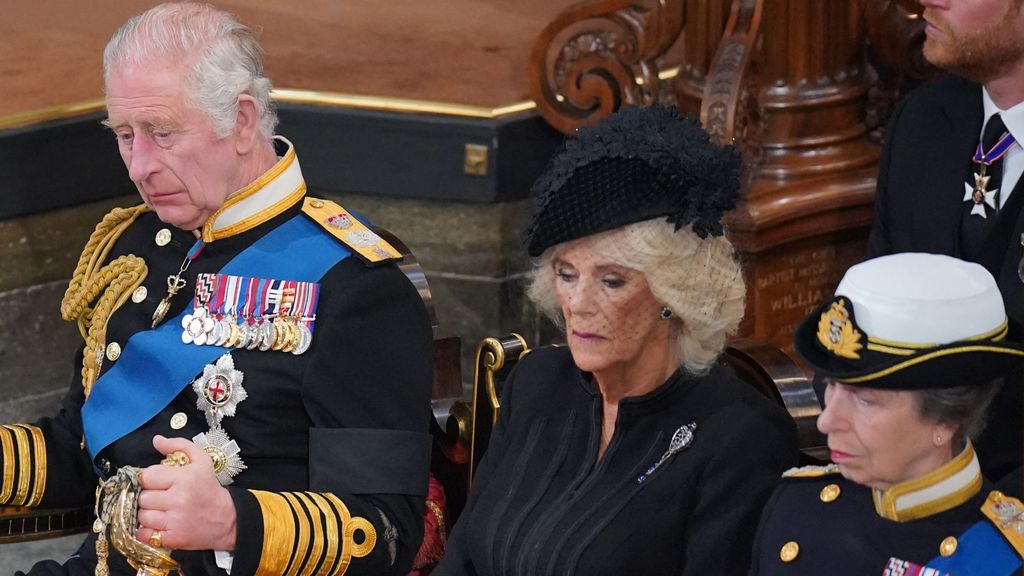 The Queen consort has complied with the rigorous mourning dressed in black coatthe essential thick stockings, cap with veil net, clutch and gloves, has worn a heart shaped brooch with the number 60 inside, the number of years in a Diamond Jubilee reign, with three sapphires set It was a gift from Queen Victoria’s grandchildren.

Kate Middleton chose a black dress and coat set similar to Camila’s, which she combined with a black hat with a mourning veil and opted for two jewels with a lot of meaning.

The first, a necklace that they already used before her the queen herself Elizabeth II and Diana of Wales and it was the one worn by the wife of Prince William in the celebration of the 70th wedding anniversary of Elizabeth II and Prince Philip of Edinburgh, as well as the same jewel she chose last year for the fprince philip unal. It is a chocker necklace with four rows of pearls with a big diamond brooch. 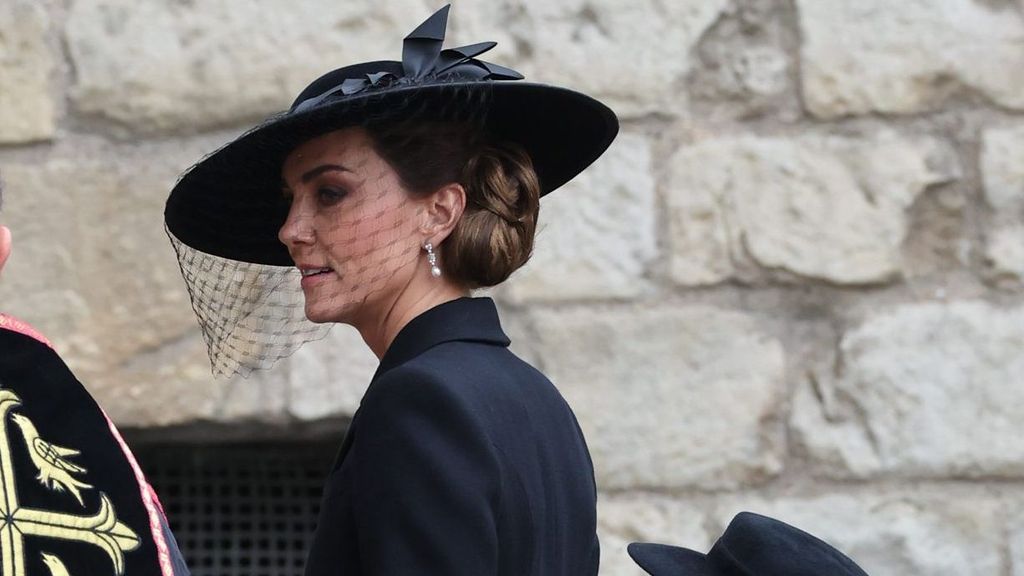 The second, some bahrain pearl earringswhich were a gift for the queen for her wedding in 1947were chosen by the new Princess of Wales for the Queen’s Platinum Jubilee last June. 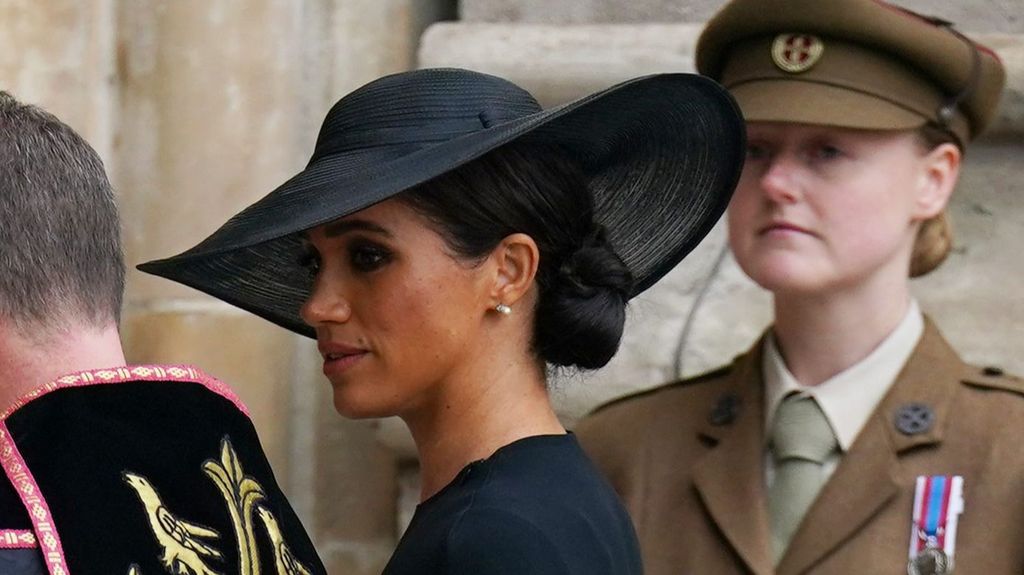 Meghan Marklewho chose a fitted midi-length cape dresshas dispensed with the mourning veil and has opted for the maximum discretion As for the jewels, betting on some pearl and diamond earrings than own queen gave him in 2018 on the occasion of her wedding to Prince Harry.