What if Gandalf and Magneto met in the Multiverse? Sir Ian McKellen’s two most iconic characters have millions of fans, but who would win if they faced off in a duel? Own Ian McKellen has a clear answer.

Ian McKellen has played Gandalf six times.in the trilogies of ‘The Lord of the Rings’ and ‘The Hobbit’, already Magneto in five, in the original ‘X-Men’ trilogy as well as ‘Wolverine Immortal’ and ‘Days of Future Past’. The first is one of the heroes of his story and the second, a fearsome villain (although he has had his flirtations with both sides of justice).

Recently, he they asked to Ian Mckellen what would be the result in a hypothetical confrontation between the immortal wizard of Middle-earth and the powerful mutant capable of manipulating metals. “The old wizard, of course” he stated without hesitation.

McKellen stood firmly on Gandalf’s side. “And what if I were wearing something metal?” they suggested to him by bringing up a possible weakness that Magneto could take advantage of. “No, there would be no way that would affect him. I’m convinced” he insisted emphatically.

The actor seems to have reflected several times on the subject and had no problem pointing out the strengths of the character created by Tolkien: “Of course, Gandalf has many resources and allies when they are neededso there’s no way I can beat him.” 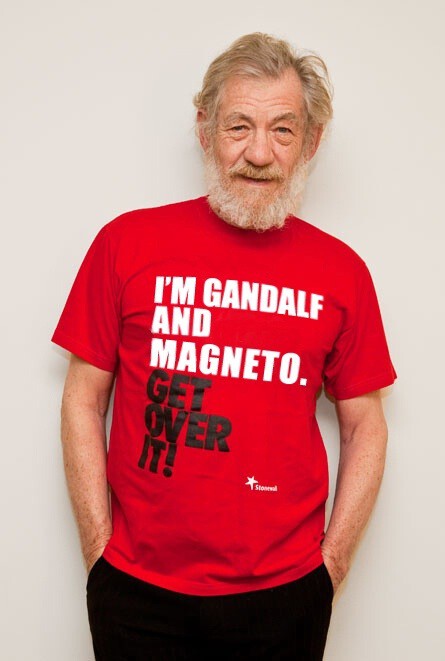 The actor rounded off the issue with another indisputable fact: Gandalf’s longevity versus the Marvel antagonist’s mortality: “Furthermore, he’s like seven thousand years old. How many does Magneto have? Just a handful of human years.” In the absence of a crossover to see a battle between the two, we take his word for it.

Would it be possible to see McKellen play any of these characters again? It is unlikely but not impossible. Considering Patrick Stewart’s recent cameo as Professor X in the second ‘Doctor Strange’ and the ongoing ‘Rings of Power’ series, it’s not unreasonable to imagine them back, if only as a cameo.