After 18 years, Cougars go back to Spain to write a new chapter in the history of the club. The Joan Gamper Trophy that they will dispute before the Barcelonawill put the university team under international gaze, just as it happened in 2004, when they won the Santiago Bernabeu Trophy in front of real Madrid.

This will be the fifth historical visit that the auriazules make to Spanish lands to compete in a tournament. They did it in the aforementioned Santiago Bernabeu Trophy and in 1987 they participated in three jousts: City of Lleida Trophy, Oviedo City Trophy Y City Trophy Valladolid.

Of all these appearances, those from Pedregal only managed to beat Madrida team that at that time had among its ranks a list of the most coveted players at the international level, but who managed to overcome under the direction of coach Hugo Sanchezwho signed a year full of satisfaction with this set.

Currently, the auriazules have a reinforced squad and under the direction of Andres Lilliniwill seek to crown the project that they have maintained for a few tournaments, a glory that has been denied them on more than one occasion. 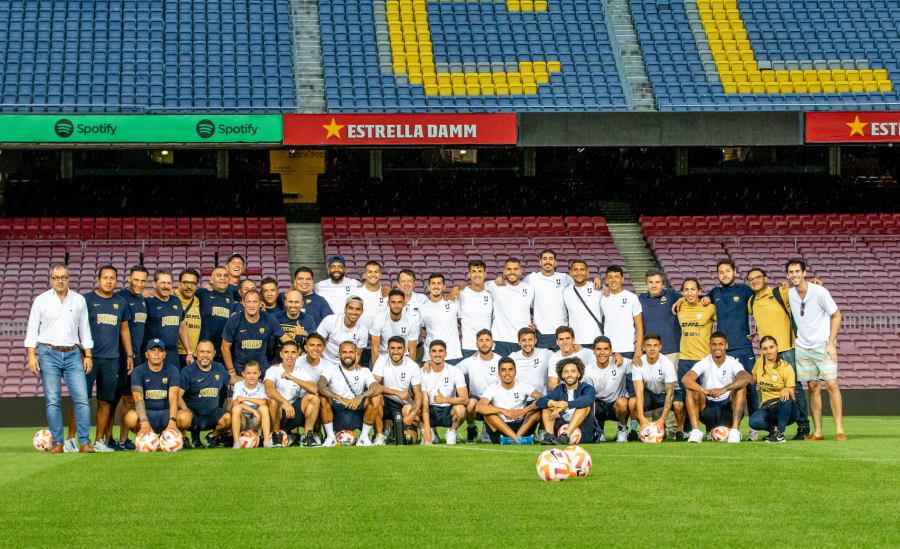 However, now there is a new opportunity for the cats to refresh their record and what better way to do it than in a tournament in which only the Lion Club and now Cougarshave been Mexican representatives, also having the latent possibility of joining the list of the 12 teams that have managed to take home this award, besides of course the barca.

YOU MAY ALSO BE INTERESTED IN: SHAKIRA AND PIQUÉ: REACH A TEMPORARY AGREEMENT FOR THE CUSTODY OF THEIR CHILDREN