This trip to space may have seemed short for many who saw it on TV, but for me it was the most intense minutes I’ve lived in my entire life.

Every minute, not to say every second, counted and it was different.

It all started the night before. It was already very difficult to sleep, with so much emotion and thoughts in the mix. But for me, moment zero of the beginning of the trip was when the last person wished us “good luck, have a good flight” and closed the capsule door. From that moment on, it’s just us, the six astronauts and the machine, all quiet, only the fans of air renewal could be heard…

We feel “now it’s going to be, we’re really going to leave”. We had 40 minutes to reflect, and apart from the occasional joke, we were almost all enjoying the moment, knowing that we were sitting in a rocket loaded with liquid fuel, hydrogen and oxygen, and that at that moment we had to have our eyes fixed on the dashboard. in front of us, to know that we would have to do one of the exercises, which we practiced several times, of quick escape to the launch tower bunker, if the red light of immediate escape went on.

As the final minutes before departure approached, sitting there comfortably, I began to quickly revisit what I’ve done with my life over the last 54 years, and to think about those closest to us, family first and friends, friends in which many of our collaborators are included.

Three minutes before departure, I forced myself to mentally review all the safety procedures, to prepare myself for one of the most difficult and dangerous parts of the flight, the departure from the ground.

We started to see the orange flames inside the cabin, reflected from the ground to the white ceiling of our capsule, we already knew in advance that this was going to happen and we didn’t have to be worried, we weren’t, but it was still an impressive spectacle.

Surprisingly and without major tremors, the rocket starts to take off from the ground slowly – and gaining speed, a lot of speed, I looked carefully at the screen in front of me and saw the speed always increasing, I looked closely until we reached 3,600 km / hour , at that moment I started to think and review the training procedures and what I wanted to do when we arrived in space, and found myself in Zero Gravity. Everything happened very fast, which is normal for someone who is shot in a rocket.

On this flight I was given the possibility, at my request, of taking a camera – I have always had the hobby of photography since I was a child.

Arriving at the long-awaited Zero gravity and already in space, after crossing the Kármán line, everything gets confused, we lose the notion of balance with the absence of gravity and the adrenaline is such that we also lose the notion of how quickly time was passing . I had arranged with my traveling companion Clint to let me know when we were reaching the maximum altitude, so that I could capture the moment, and in return I would take a picture of him, which happened and luckily his picture turned out fabulous… 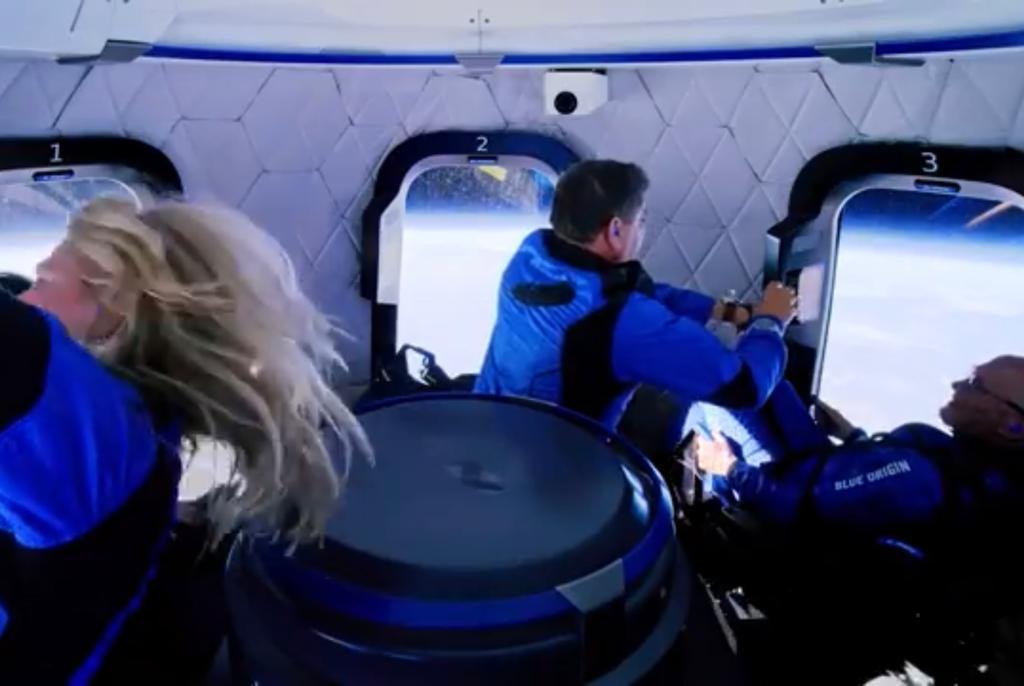 Then, according to my plan, I then released the Portuguese flag I had in my pocket and let it float in space. It was an emotional moment for me and I started shooting with the camera, looking for a difficult balance between the angle of the window, reflections of light and the position of my body floating, because the capsule rotated, sometimes the photos had very white reflections caused by the sun. but, when on the opposite side of the sun, the photos were magnificent, the space itself very dark and deep. 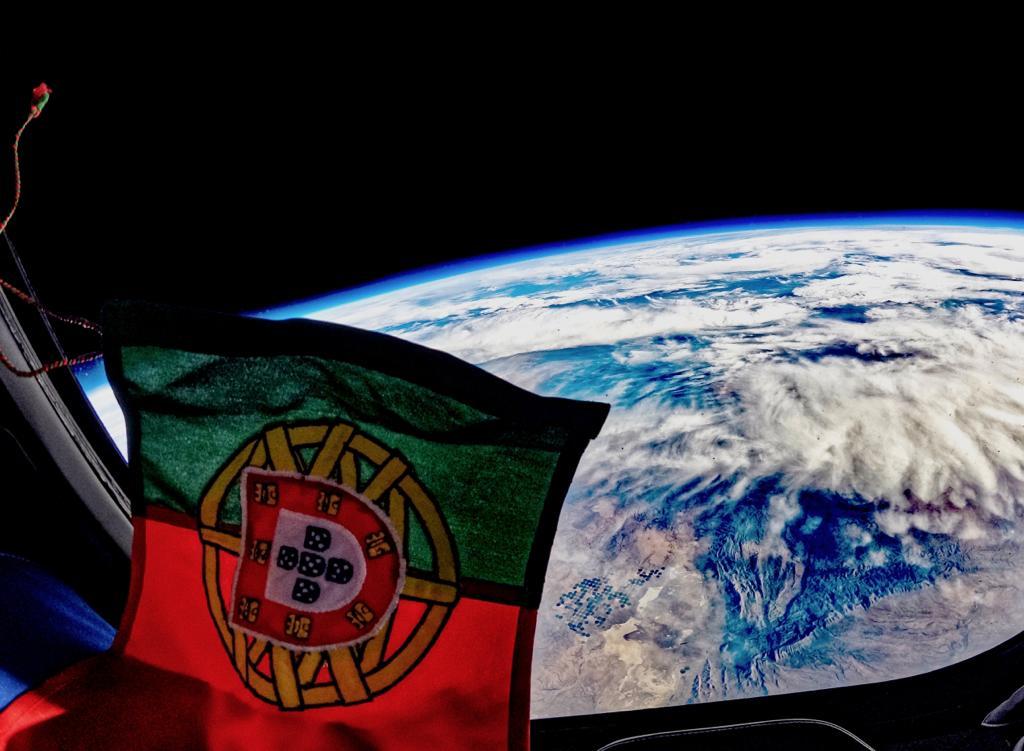 Suddenly, as if it had been very little time, we heard a voice in the cabin, “1 minute to exit Zero G”.

We had to initiate return procedures to the bank. Knowing that my practice record had been 27 seconds, which in zero gravity is not easy, I hurriedly looked for the five seat belt attachment points on the seat.

After the time in zero gravity, the part that, for me, was the most difficult of the flight, began, the re-entry, it was here that we passed the barrier of the 5Gs – each G is once the weight of our body… At the moment of the 5Gs the bright sunlight came in through my big window, which forced me to squint my eyes very tightly. I stopped seeing the dashboard and the information I was focused on. A few “long” seconds later, the capsule rotated, the sunlight stopped dazzling and the G forces also started to drop to three times, which was already much more acceptable.

After a few minutes, we heard the shots of the first parachutes, which began to slow us down, a little more time later we heard new shots, this time louder, which served to release three large parachutes, and from that moment on the descent speed went to 300km, reducing the Gs in an accelerated way, it already looked like we were going to fly calmly…

I looked further to the right to better contemplate the view.

Once again I reviewed the safety procedures for landing and thought about training, how to act if we had a difficult landing, which fortunately did not happen. The landing was very smooth and as expected. The six new astronauts began to celebrate that we had landed safely, we could only wait for the recovery team.

I was very happy when, still waiting in the closed capsule, I looked out the window and saw Paula arriving with the technical support team. It was a very good feeling, of great happiness.

I lived every second of this trip intensively. It was unforgettable. 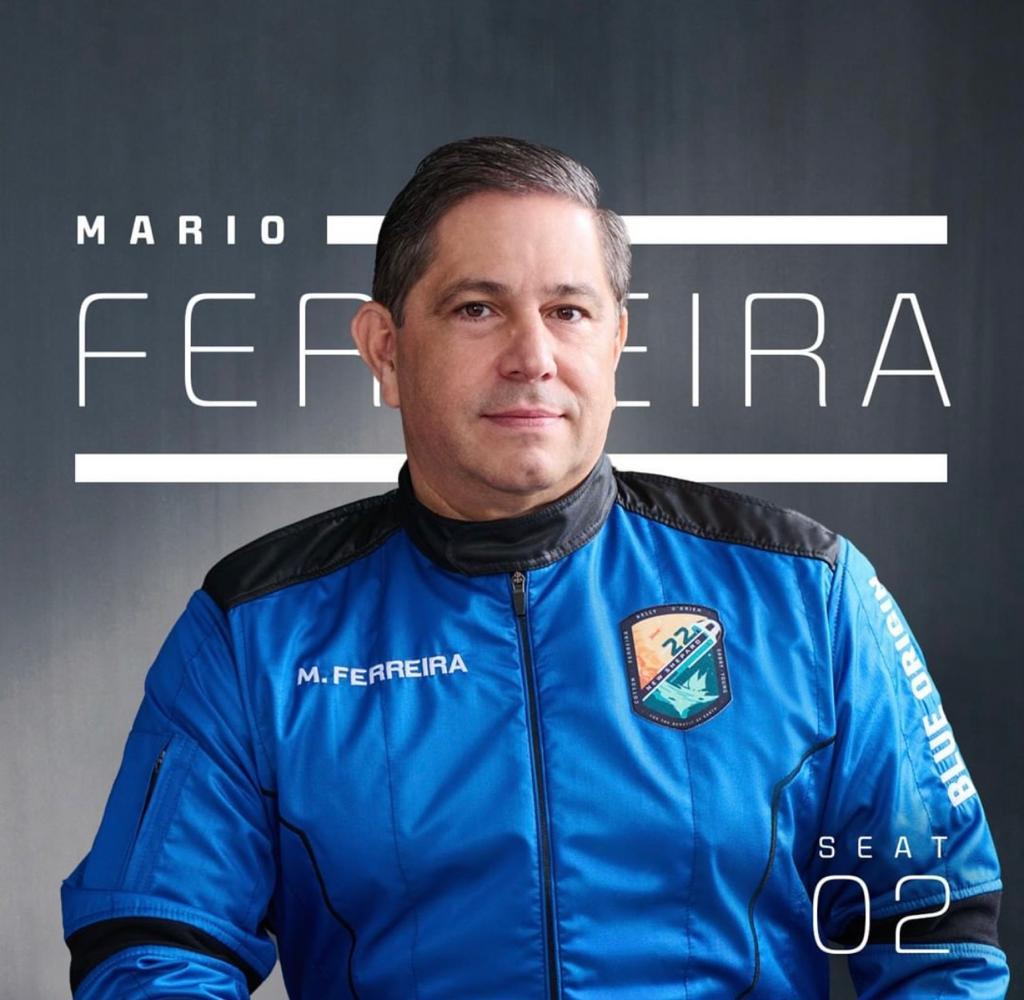