Nancy Pelosi’s Asian Tour, Speaker of the US House of Representatives, has been decisive in launching Chinese military maneuvers that could lead to an open conflict with unforeseeable consequences. While from Spain we followed the route of Pelosi’s plane through the FlightRadar24 website, in Taiwan they were already preparing for an imminent invasion by China, which seeks to reunify its country and neutralize the US influence close to its territory. According to US analysts, one of the few options for a Taiwanese victory would be the use of massive swarms of drones that could overwhelm and confuse Chinese military teams.

While the most modern and lethal pieces of the Chinese arsenal are concentrated in the Taiwan Strait, such as the super destroyer Nanchang, the most powerful warship in the world, the Pentagon is trying to design the best strategy to defend its interests and the independence of Taipei. . It will not be easy. Former US Deputy Secretary of Defense Bob Work publicly acknowledged last year the need for a new kind of strategy, as in the simulations of the invasion of Taiwan, the US has lost to China with a result of 18-0.

The main problem is that, if China finally attacks the island suddenly, the room for maneuver to fight back is very limited. “U.S. and allied forces could have between a week and 10 days to defeat this invasion or accept it as a fait accompliDavid Ochmanek, a defense researcher at the thinktank RANDCorporation.

How do they work

The best possible answer could lie in both the defensive and offensive capabilities of drones, which, as can be seen in the war between Russia and Ukraine, is increasingly important in all types of operations. What has only been used once in combat, in an Israeli operation to wipe out Hamas terrorists, are the massive swarms of droneswhich have the potential to embarrass even a military superpower like China.

A US Air Force document defines drone swarms as “a networked group of sUAS (small autonomous unmanned aerial systems) that operate collaboratively to achieve common goals with an on-site or remote operator“. Here the key is coordination, which differentiates a swarm from the use of drones en masse. If the first is based on interconnection and constant data exchange, the second implies that each device is controlled separately, even if they share a common goal.

MAVC2 drones in maneuvers of the US Army

In fact, the system is not so different from the one used, for example, in the drone shows that are also held in Spain, although it implies a much greater complexity.

There is no minimum or maximum number when considering a drone swarm, but it usually starts from tens of units and, at least on paper, can reach thousands, depending on its type and size. What is really important is that they can share information from their sensors and make joint decisions driven by artificial intelligence, a “hive mind” that allows them to function and react effectively. A) Yes, drones self-coordinate and dynamically adapt to battleperforming counterintuitive maneuvers to elude rival defenses.

In fact, in the same swarm there can be drones with different tasks: some could use their sensors to locate and track targets, others would carry out interference and electronic warfare tasks, while a third category, equipped with weapons, would be in charge of confronting hostile forces. At the moment it is a tactic and a technology that several countries, including Israel, the US, Russia, the United Kingdom and China, have spent years studying for its possible effectiveness in combat.

The drills carried out in 2020 jointly between the US Air Forces Warfare Integration Capability Office (AFWIC) and RAND Corporation. The great asset to defeat the Chinese People’s Liberation Armyaccording to the results obtained, is the use of swarms of low-cost drones that use a distributed mesh data exchange network to map the entire ‘theater of operations’.

To do this, they use lasers that are responsible for transmitting information between the drones, which allows the swarm to be autonomous and share flight and target data instantly and constantly. Thus, swarms would be the most effective way of circumvent area denial capabilities that China can deploy to deter or repel an intervention American. And it’s no small thing: ballistic and cruise missiles, anti-satellite weapons, integrated air defense networks and fifth-generation fighter planes, such as the J-20 ‘stealth fighter’, are China’s great assets.

David Ochmanek himself described in a recent online chat how swarms of throwaway drones could be instrumental in turning the tables in favor of the US and Taiwan. His bet is that the drones form a decoy screen to camouflage stealth fighters such as the F-35 and F-22 and that these can attack Chinese warships, planes and missile batteries before being detected.

The swarm would also serve to increase the capacity of aircraft sensors and thereby dramatically increase your situational awareness and target acquisition capabilities. Furthermore, a sufficient number of drones would flood Chinese radar sights with too many targets, forcing missiles and other defensive resources to be wasted on decoys rather than manned systems.

Just a few weeks ago, the British Royal Air Force revealed some information about its latest experiments with drone swarms. The bottom line is that a sufficient number of autonomous devices would indeed be capable of overcoming enemy defenses. In addition, compared to other systems yet to be developed, this strategy would be ready to go into action if necessaryaccording to David Richards, the UK chief of staff.

The RAF’s 216 Test and Evaluation Squadron and the British Air Forces Office of Rapid Capabilities they have tested five types of drones in 13 different tests in the last three years. The tests, they say, have provided enough information for the service to consider that its current fleet of drones has “useful and relevant operational capacity.” Of course, they have not revealed more information about what type of drones would be used in the swarms or how many would be necessary to face an enemy as fearsome as China.

So far, one of the few military drone swarms seen in full deployment is the US Army’s Perdix. In maneuvers that took place in 2016, more than 100 of these microdrones about the length of a hand they were launched from three F-18s over China Lake Naval Air Weapons Station in California. Their size and capabilities make them suitable for all types of intelligence, surveillance and reconnaissance missions. 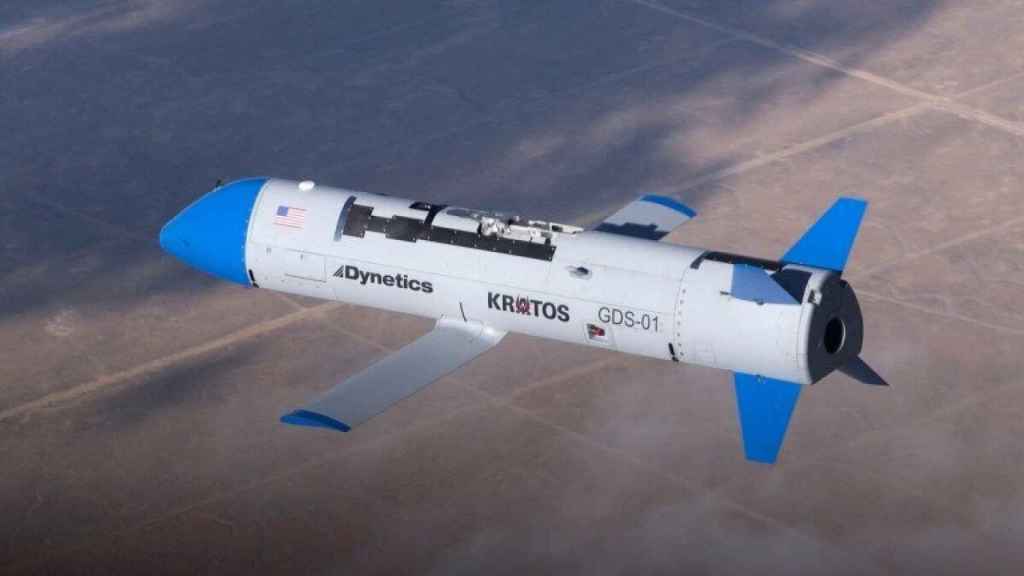 In 2020 too the Gremlin’s abilities were put to the test, larger and more powerful drones, launched mid-flight in swarms of between 4 and 16 units, which serve to expand and improve the power of fighter jet sensors. Their peculiarity is that, once their mission has been carried out, they can also be picked up in the air.

The latest experiments were carried out in May of this year in Utah. Over there, a single operator was able to control a swarm of 28 aircraft-launched and ground-launched Altius 600 drones, while locating and destroying simulated enemy positions. The exercise saw the swarm fly deep into enemy territory to gather information on the intended landing zone for a helicopter air assault mission. Through cameras, infrared sensors and electronic warfare instruments, the drones achieved their goals, which predicts a near future in which these devices will be a crucial element on the battlefield.