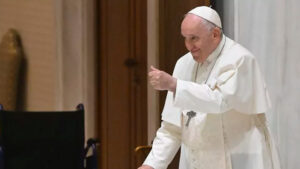 Pope Francis has decreed a change in the organization of one of the most well-known and influential ecclesial groups: Opus Dei. There is no shortage of those who interpret it as a punishment for their immobility

It was only a matter of time before Pope Francis put Opus Dei in the crosshairs of institutional reforms which he carries out in the Catholic Church from the very evening of his election. Nothing is outside the interests of a Pontiff who claims to believe in a church that is like a “field hospital in the middle of the battle to welcome those who arrive wounded.” And when some structure does not fully conform to that ideal, the Pope acts. As now with Opus Dei, which launches a new direction, his day after.