The Marivent’s Palacein Mallorca, has become the center of attention this Thursday, August 4, 2022. For the first time, this has been the setting in which the reception to the authorities by the Kings. After two years of absence due to the coronavirus pandemic, Philip VI (54 years old) and Letizia (49) have once again held this act, which for the first time has been held at their official residence on the island instead of at the Palacio from La Almudaina.

An act that has begun with sunset, at nine at night, and in which they have met 400 guests of civil society. This is one of the most important events of the summer and, in addition to the Kings, the Queen Sofia (83), who has been in Mallorca for several weeks with his sister, Irene from Greece.

The great protagonist has been Letizia, who has risen to the occasion by wear an orange dress with an original fitted floral print on the chest and arms, adding volume to the skirt. It’s from the firm Charo Ruiz Ibizathe model Arianashort sleeve, one piece, type neckline Bardot and asymmetric hem that reveals the footwear. It has a price of 439 euros, although it is reduced to 351.20. For the appointment, the Queen has not failed and has opted for wedges, your preferred option for the summer. They are orange and from the Espadrilles Picón store.

She has combined it with a simple hairstyle, opting for a refined updo with a center parting. As for the jewels, she has worn Isabel Guarch earrings with which he seems to have wanted to wink at his mother-in-law, because it is one of his favorite jewelers. discreet in terms of make-upwanted to highlight her tan, opting to highlight her eyes and lips with a gloss glossy finish.

After the well-known kiss of hands, the King and Queen and their guests will enjoy a dinner prepared by chef Santi Taura and his team, who already took care of the reception menu in 2018, two years before receiving the Michelin star. 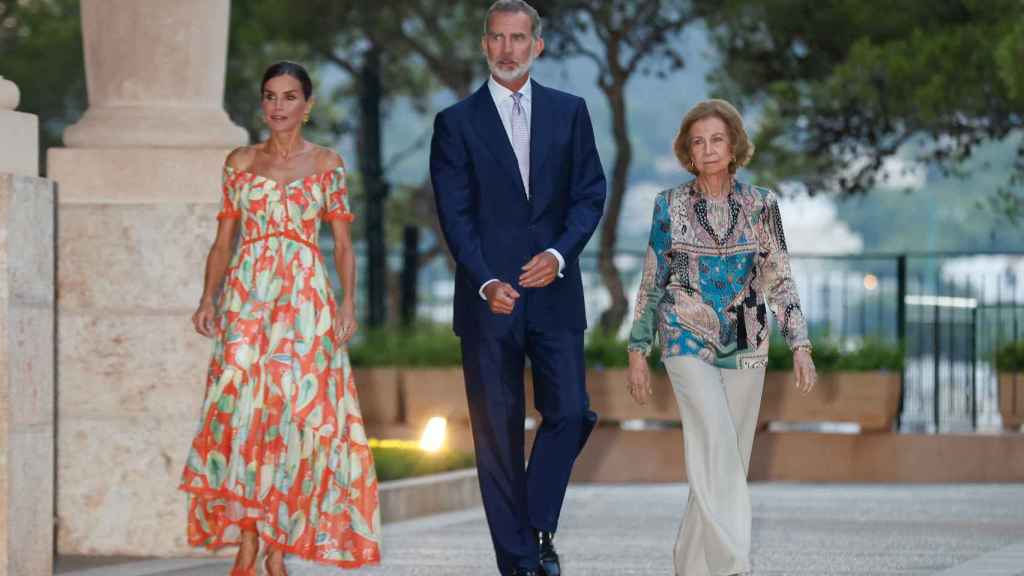 Kings Felipe and Letizia together with Queen Sofía.

Although not all the specific dishes that have been tasted are known, the portal vanity states that one of them is sobrassada toast with oak molasses, the great specialty of the Taura restaurant, DINS. “Our toast with sobrassada and oak molasses reminds us of those festivals that are so typical of the island, such as San Sebastián or San Antonio, the smells of the party, the embers and the smoke, a unique flavor that is very much in our memory” , describe from the premises itself, which can boast of being one of those with the longest waiting list in Spain, according to Expansion. 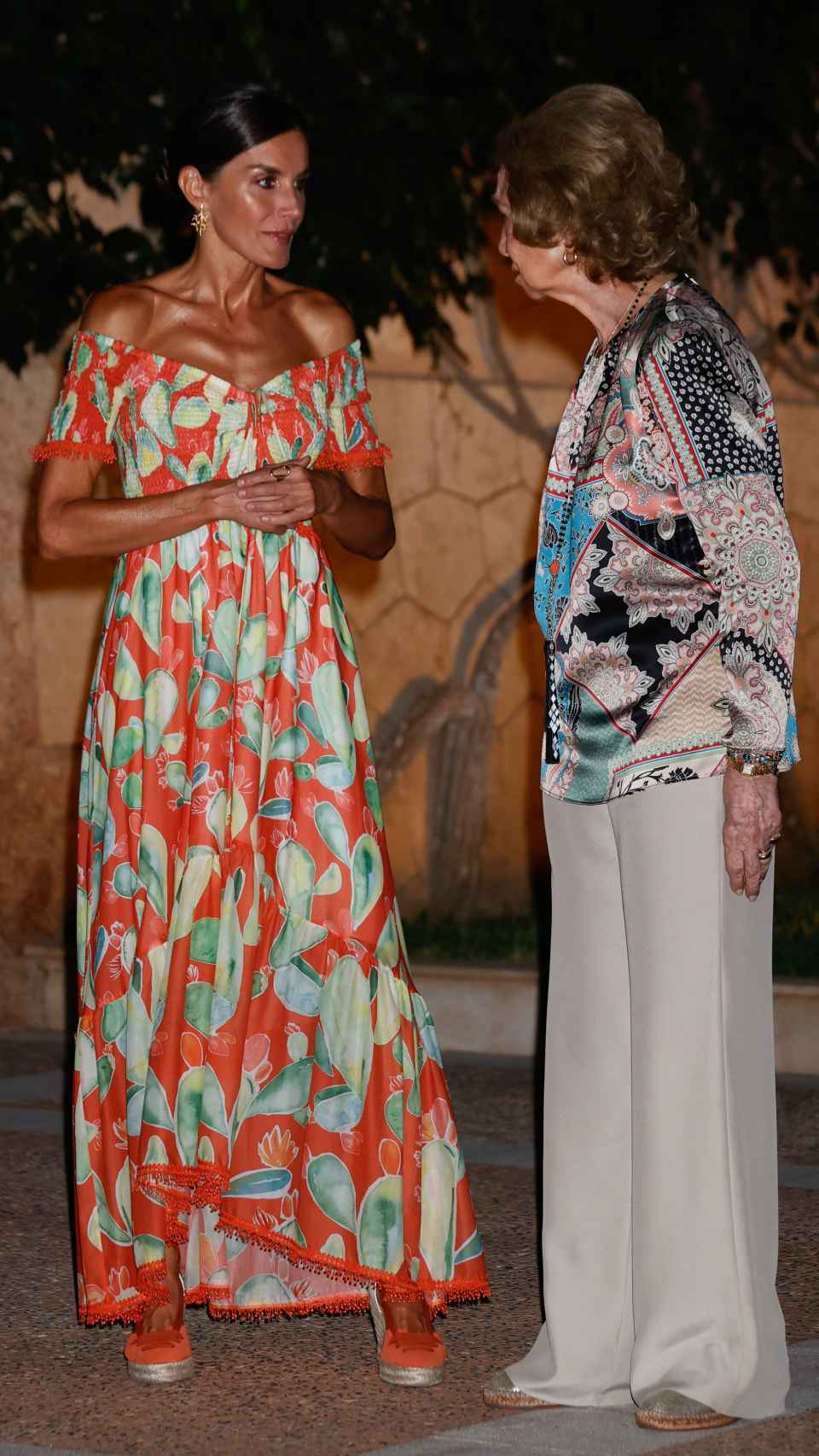 The two Queens have been complicit.

With this appointment the queen Letizia puts an end to her official agenda At mallorca. Not so Felipe VI, who will present the Copa del Rey-Mapfre sailing trophies on Saturday, August 6, which this year has celebrated its 40th edition. A tournament in which the monarch himself has participated along with his team from the Navy ship Aifos

After the appointment, King Felipe will head to the capital of Colombia, Bogotá, where he will remain for two days, on August 7 and 8, to attend the events on the occasion of the transmission of the presidential command to the president-elect of the American country Gustav Petro.

He will travel accompanied by the Minister of Foreign Affairs, José Manuel Albares Bueno, and with his visit he reaffirms Spain’s will to continue reinforcing the solid bonds of friendship that unite the two nations, accompanied by shared values ​​that benefit our citizens.