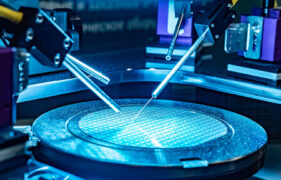 Intel announced earlier this year an investment of 33,000 million euros in chip research, development and manufacturing in Europe. Now, finally, we are getting to know more details about the ambitious strategy of the semiconductor giant in the Old Continent. After the official announcement that one of the production centers will be located in Germany, Reuters assures that the company is about to close an agreement with Italy for the next one.

Intel’s investment in Italy would be €5 billion and would be destined for the construction of a chip manufacturing plant with the most advanced technologies, according to the news agency. The company had admitted negotiations with the government of Italian Prime Minister Mario Draghi and projected the creation of some 1,500 direct jobs in its plan for a “first class facility in the EU”.

Waiting for the final agreement

The final agreement, which would be announced at the end of August, would contemplate a contribution of 40% of the total investment by Italy. This would be significant help from the state to boost the European Commission’s efforts to attract companies within its borders and reduce dependence on Asian producers. The objective? Reach 20% of the global chip manufacturing market by 2030.

At the moment it seems unclear where Intel’s production center in Italy will be built. Lombardy, Apulia and Sicily they would be on the semiconductor giant’s map to improve supply chain capabilities across Europe. And although we do not know the final location, based on a preliminary roadmap shared by the company, it is estimated that the facility could start operating between 2025 and 2030.

According to the current panorama, Intel’s ambitions in Italy are greater than those projected in Spain. For now, an investment of €400 million (200 by the Spanish Government) for the construction of a RISC-V architectural semiconductor design laboratory in Barcelona. This will be located in the Barcelona Supercomputing Center and will use 100% renewable energy.

Today’s news, as mentioned above, comes months after Pat Gelsinger, the company’s CEO, announced a two-factory production facility in Magdeburg, Germany. The investment? €17 billion. And we’ll have to be vigilant, because we know that Intel will also be investing heavily in France, a country it plans to make its epicenter for high-performance computing.

To all this, the European Union plans to attract many other manufacturers. To do this, through the European Chip Law, it will allocate 43,000 million euros to promote investments in the development of next-generation technologies until 2030. “We need megafactories, all possible ones. If we start one from scratch in 2022, perhaps we could have opening in 2026,” said Thierry Breton, European Commissioner for the Internal Market.