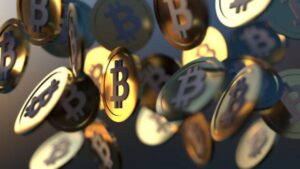 The world is talking about James Howells, who has thrown away 8 thousand bitcoins for years. Howells trashed an old hard drive containing 8 bitcoins during an office cleanup in 2013. Thinking the hard drive is in a Newport dump, Howells has spent years searching the thousands of tons of landfill. Newport City Council in Wales has repeatedly denied the 37-year-old’s search requests over environmental concerns. However, Howells has put together a high-tech plan of $11 million to find its digital assets.

HOPE IS IN ARTIFICIAL INTELLIGENCE AND ROBOT DOGS

According to The Guardian, under James Howells’ plan, artificial intelligence technology will be used to operate a mechanical arm that will filter the garbage, and the garbage will then be collected at a facility near the landfill. There will be a number of environmental and data recovery experts, and will use robot dogs for security as the search continues. So no one else will be able to try to steal the hard disk.

Howells told Insider that he wants to use Boston Dynamics’ robot dog Spot as part of the plan. Howells stated that the robots will be used both for security and as roaming CCTV cameras, scanning the ground in search of the lost hard drive. According to Howells, two robotic dogs will be needed in the plan. So while one patrols, the other will charge its battery.

Howells said he wanted to name the robot dogs “Satoshi” and “Hal.” Satoshi Nakamoto is known as the creator of Bitcoin. This is where the name Satoshi comes from. The name of the person who made the first Bitcoin transaction in history was Hal Finney.

Howells said, “Digging a dump is a big operation in itself. Financing secured. We brought in an artificial intelligence specialist. Their technology can easily be retrained to look for a hard drive.”

Howells believes the search will take about 9 to 12 months, but even with city council permission, there’s no guarantee that the “treasure hunt” will be successful or that the bitcoins he trashed years ago can be recovered from the hard drive.

However, the major challenge Howells has to overcome is getting permission from the Newport City Council, which he has repeatedly been denied. Congress has consistently denied Howells access to the landfill since 2013.