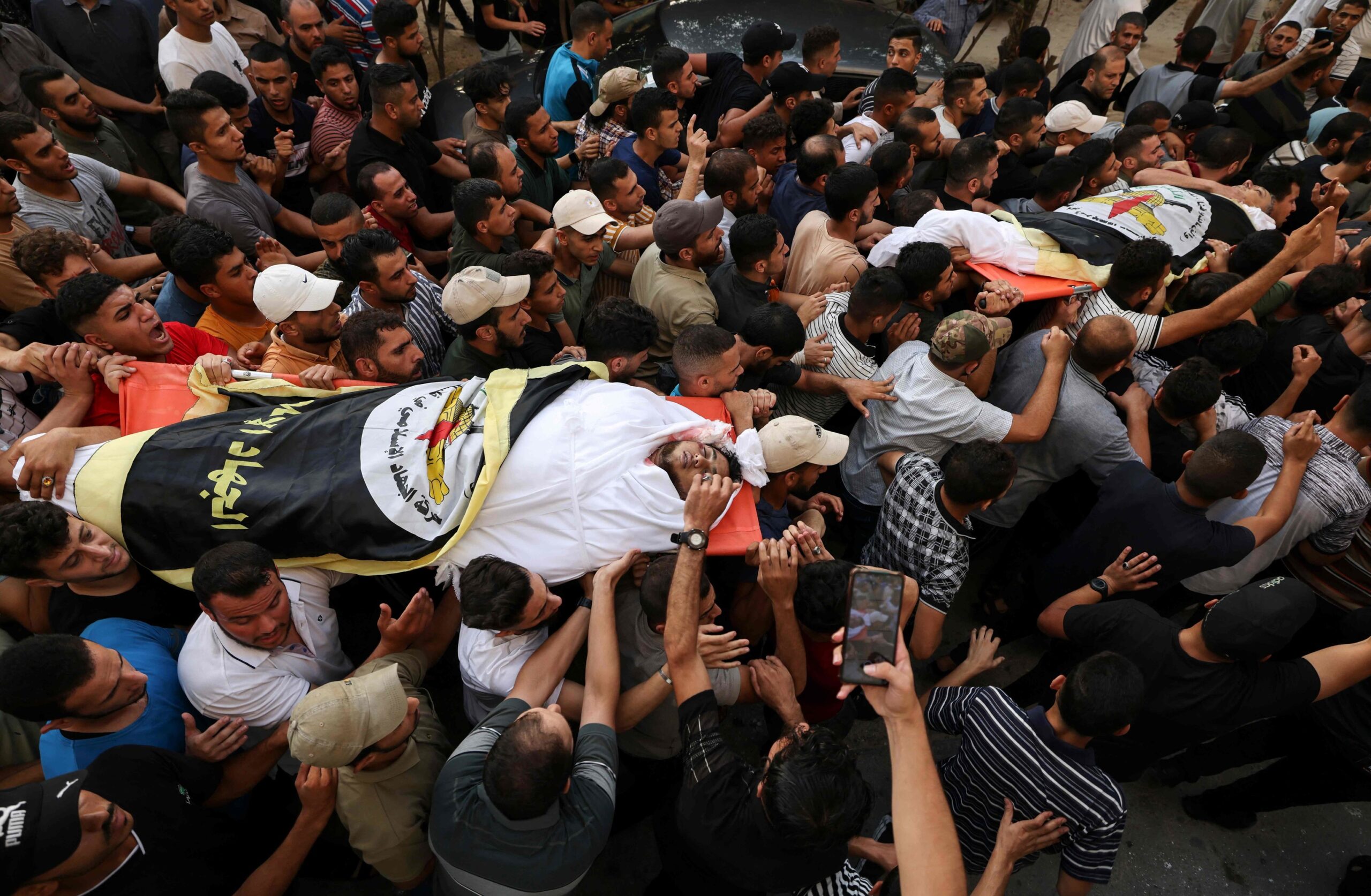 At least nine dead, including a five-year-old girl, in Israeli air strikes against Islamic Jihad targets in the Gaza Strip.

The Israeli Army and Islamic Jihad are leading a new showdown with air strikes in the Gaza Strip and projectiles against central and southern Israel. While the Ministry of Health of the Palestinian enclave controlled by the Islamist group Hamas reported nine Palestinian deaths, including a five-year-old girl and a Jihad military leader, and 50 wounded and the armed factions promised revenge, an Israeli spokesman pointed out after the first strike that “more than 10 Islamic Jihad terrorists were hit including a commando that was on its way to carry out an anti-tank missile and sniper attack against our citizens and soldiers.”

In the early afternoon, the Israeli Air Force surprised the proiran group by killing the commander of the armed wing of Jihad in the north of the Gaza Strip, Taysir al-Jabari, and the person responsible for the anti-tank missiles under the echo of the promises of an imminent jihadist attack in retaliation for the arrest of their leader in the West Bank, Bassam Sadi last Tuesday. Since then, Israel has the border crossings of the Strip closed and Israeli roads and neighboring towns blocked in the face of the specific threat of Jihad. The situation of paralysis provoked numerous criticisms in Israel against the Army and the Government of Yair Lapid, denouncing that “the inhabitants of southern Israel have become hostages of a small terrorist group that is the one that decides if they can leave the house or go to to work”.

In the last four days, Israeli armed drones have flown over the Palestinian coastal enclave to detect Jihad commandos near the border. After the failure in egyptian mediation In order for the Palestinian group to withdraw its promise to respond to the raid in Jenin, Israel went on the attack with the beginning of what it calls “Operation Aurora”, which also includes the mobilization of 25,000 reservists.

“Israel will not allow terrorist groups in Gaza to set the agenda in Israeli towns and threaten their citizens,” says Lapid, noting that the aim of the attack against Jihad leaders was “to remove a concrete threat to the citizens of Israel and the surrounding area. of Gaza and hit the terrorists.

“The enemy has started a war against our people. We have a duty to defend ourselves and our people and not allow the enemy to get away with his actions that are aimed at undermining national resistance and steadfastness,” he reacted in a Islamic Jihad statement. your leader Ziad Nahalah asked all factions to join in the massive reaction. “The enemy will pay a high price for his aggression against Gaza. All Zionist cities are within our reach. There are no red lines. Tel Aviv is also the target of resistance shells,” he declared from Tehran.

The spokesman for the Islamist group Hamas, Fawzy Barhum, also joined Jihad’s warnings. “(Israel) committed a new crime and must pay the price and take full responsibility for it.” The Israeli government sent a message to Hamas emphasizing that its operation is limited and focused on Jihad but that it would respond to any rocket attack. The Israeli desire is that Hamas does not participate in the retaliation of the Jihad that began at nightfall after the funerals of its troops and especially of Al Jabari who was the number two of the group in Gaza.

Israel deployed several anti-aircraft batteries in the center of the country beyond those it has permanently in the south. Local authorities have imposed limitations in areas 80 km from Gaza while many cities have opened shelters. Gazans, meanwhile, fear that the harsh days of bombing will return as in the massive clashes of the last decade. What happened this Friday contrasts with the latest escalations between the Palestinian factions and Israel that were initiated with Hamas attacks, as happened in May 2021 with several projectiles against Jerusalem.

The voltage spike arrives in a very sensitive political moment in Israel after the fall of the heterogeneous coalition a year after its formation in June 2021 and the calling of elections for next November 1. It is therefore the great test of Lapid as acting prime minister. It is believed that the climb will not last several weeks but not just several hours either.