We love fairy tales. The Cinderella complex describes the fact that they can end badly for us and our daughters.

We’ve all been told fairy tales for years. Fairy tales in which the princess’s only reason for existence is to wait for the prince, who will rescue her from her predicament and lead her into a beautiful, happy life. Unfortunately, it can happen that we take such stories too much to heart and develop or already have the so-called Cinderella complex.

Cinderella Complex: That’s behind it

The Cinderella complex arises in childhood and, like everything that shaped us in the early years, can influence our later relationships and social bonds. As early as 1981, Colette Dowling had researched the Cinderella complex and the results in her book The Cinderella Complex: Women’s Secret Fear of Independence collected. In it she describes the unconscious desire of women to feel protected and secure at all times. In order for this need to be met, she puts all other wants and needs on the back burner. Dowling sees the root of this behavior in upbringing and social or religious pressure. Behind this syndrome hides the fear of independence. And of course princesses pay into this account as role models, because they convey an image of women that can harm our daughters, namely that we women should only wait for the prince in shining armor, who tears down the rose hedge, wakes us up from our eternal sleep ( figuratively) kisses and lays the world at your feet. It’s just that it doesn’t work according to these rules in real life, as we all know.

According to the fairy tale, a woman should be innocent, beautiful and submissive, but of course also dependent on her husband or her “prince”. According to Dowling, what fairy tales teach us is that the only way a woman can change her life path is by entering into a relationship with a man. Otherwise she will remain a slave or servant forever. Of course that has changed and we women are much more advanced than we were 200 or even 20 years ago. We have jobs, have relationships on an equal footing, are more independent, stand on our own two feet and marriage no longer means giving up any personal rights and the transfer of the woman into the man’s possession. Nevertheless, there is still a lot of room for improvement when it comes to really being equal, shelving role models and breaking up old patterns.

But there are many dependencies

Unfortunately, today is still no protection against sitting in a tower like Rapunzel. Dependencies in partnerships are not uncommon. Not only in many cultures and religious communities, also here in enlightened Germany. And some things are simply inherent in partnerships. But as soon as it becomes existential, it can be suffocating for both of you and become a real test of endurance for any relationship. Of course, every one of us would like a hug from time to time, a feeling of security, encouraging words. But if you have the feeling that the other person has to save you and that permanently, you should urgently take a look at your own patterns and work on yourself. And that’s going to be tough, but it’s very important.

Nobody should be a submissive little mouse

Unhappy, submissive, frustrated, lonely and scared – nobody wants to live like that. The way out of an addiction, especially an emotional addiction, is long, difficult and painful. It is not without reason that many people jump straight into a new one after the end of a relationship because they cannot or do not want to bear the feelings of abandonment. Unfortunately, that’s where the vicious circle begins. It is therefore all the more important to take preventative measures from an early age and let our children grow, give them self-confidence and strengthen their self-esteem.

Protect children and push the princess off the throne

Of course, all of this doesn’t mean that your daughter can’t jump around in Elsa’s costume or that you shouldn’t spend cozy movie nights with Snow White and Co – quite the opposite: Watch and talk about why it’s so important for princesses to walk on their own two feet should be able to stand. That healthy self-confidence and trust in yourself and your abilities are the key to personal happiness. All the better that there are now many fairy tales in which the prince does not end up putting his ladylove on the white horse, but rather young women who have found themselves. And the moral of the story: be your own prince and build your own castle. You can then invite someone in there who is your equal.

If you are still looking for inspiration about what you can read instead of fairy tales, we have it ready.

For a colorful children’s room 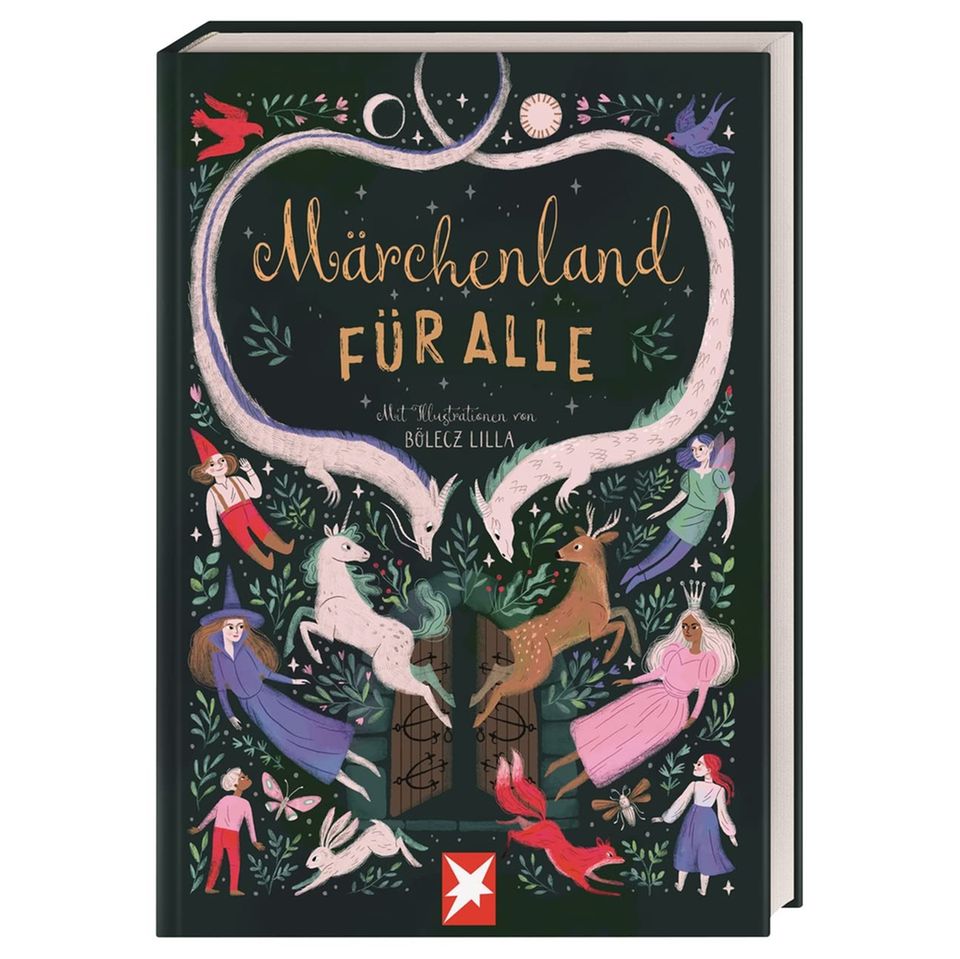 Once upon a time there was a prince who was looking for the prince of his heart, a rabbit with three ears and a king’s daughter who preferred adventures to marriage. In this book, traditional Hungarian fairy tales are retold, traditional role models are dissolved and acceptance is lived. It shows how diverse the world is and how we treat our fellow human beings openly and respectfully. In Hungary in the summer of 2021, the book made major socio-political waves and became a bestseller against all odds.
Fairytale land for everyone published by DK Verlag for €17. From age 6