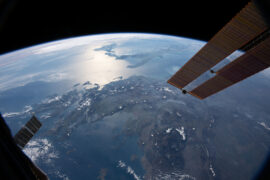 In recent years, the Earth has been accelerating. In 2020 it had reached its 28 shortest days

The earth it has recorded its shortest day since scientists began using atomic clocks to measure its rotational speed. it was the past June 29, 2022 as reported time&datethe first day that the Earth completed the turn in 1.59 milliseconds less than the 86,400 seconds, which corresponds to a full day.

The other shortest day corresponds to July 26 when the planet completed its revolution with 1.50 milliseconds shorter than 24 hours. Scientists are surprised and baffled as this is the latest in a series of speed records for the earth since 2020.

According to the specialized portal, for prolonged periods, the rotation of the Earth slows down. Every century, the Earth takes a couple of milliseconds or so to complete one rotation (where 1 millisecond equals 0.001 seconds).

However, within this general pattern, the Earth’s spin rate fluctuates. From one day to the next, the time it takes the earth to complete one rotation increases or decreases by a fraction of a millisecond.

As the length of the day increases, the Earth rotates more slowly. When it is decreasing and becomes a negative number, the Earth spins faster.

In recent years, the Earth has been accelerating. In 2020timeanddate reported that the planet had reached its shortest 28 days since accurate daily measurements with atomic clocks began in the 1960s. The shortest day of all in 2020 was -1.47 milliseconds on July 19.

At the annual meeting of the Asia-Oceania Society for Geosciences next week, Leonid Zotov, along with his colleagues Christian Bizouard and Nikolay Sidorenkov, will suggest that the current decrease in day length might have something to do with the ‘chandler wobble’.

The Chandler wobble is the name given to a small irregular movement of the Earth’s geographic poles along the surface of the globe.